Dolphins coach Mike McDaniel gets real on what makes Tua Tagovailoa’s bounce back vs. Ravens so special 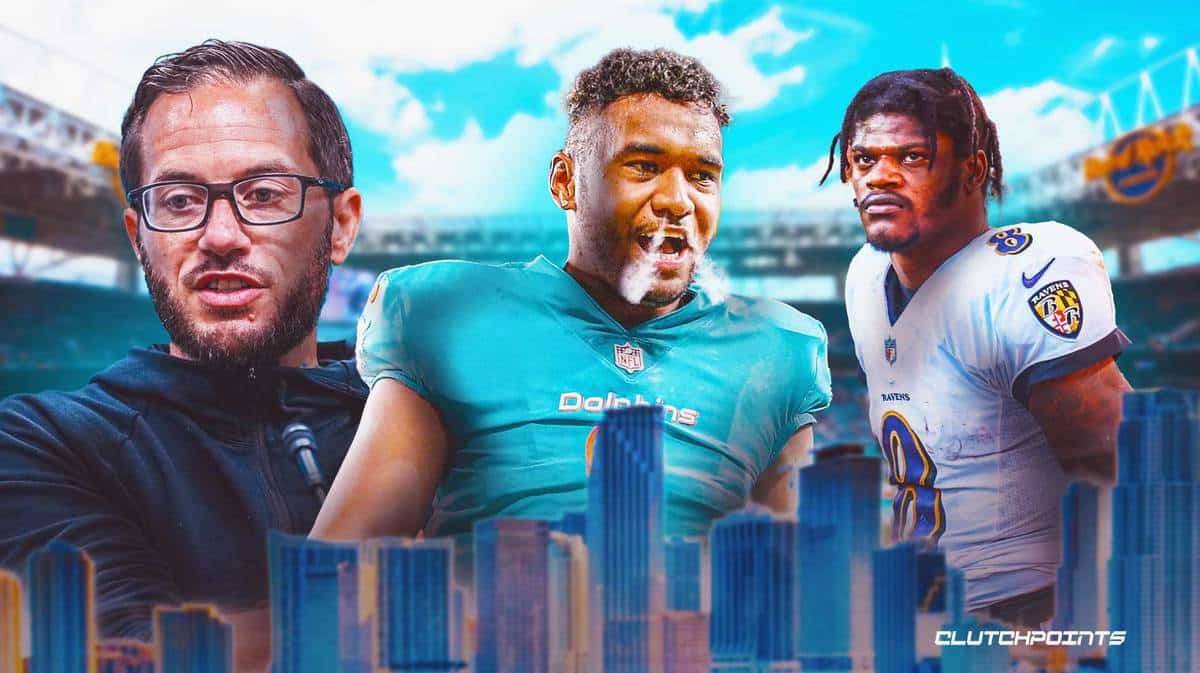 Tua Tagovailoa made headlines on Sunday after leading the Miami Dolphins to an amazing comeback victory against Lamar Jackson and the Baltimore Ravens. After going down 28-7 at halftime, the 24-year-old quarterback led a second-half charge for the Dolphins that saw them escape with a hard-fought 42-38 win against the Ravens.

After the game, Miami head coach Mike McDaniel had high praise for Tagovailoa. According to the 39-year-old shot-caller, what made Tua’s bounce-back performance so special was the fact that nobody on the team was shocked by it (via Dolphins reporter Marcel Louis-Jacques of ESPN):

McDaniel added that it says something that none of Tua’s teammates were surprised by the way he bounced back and performed.

"No one was like, 'woah, dude, where'd that come from?'" https://t.co/evWgedJwDW

This speaks volumes of how highly his teammates see Tua Tagovailoa and how much confidence they have in his abilities. True enough, the former Alabama standout did not let them down on Sunday. He completed 35-of-50 passes for 468 yards, while also scoring no less than six touchdowns.

A sour note on Tagovailoa’s otherwise stellar performance was how he threw two interceptions during the game. Tua holds himself to a very high standard, which is why according to McDaniel, the young quarterback was completely “disgusted” by the second interception he threw against the Ravens.

Tagovailoa and the Dolphins were so impressive that even Ravens superstar QB Lamar Jackson had to tip his hat to them. Tua gets to face off against another elite quarterback when the Dolphins battle Josh Allen and the Buffalo Bills in Week 3, and it will be interesting to see if Tagovailoa will be able to keep it going against one of the favorites to go all the way this year.