With two weeks left in the preseason, the Philadelphia Eagles were hoping to make it to the 2019 NFL season as healthy as possible. Unfortunately, it appears tight end Richard Rodgers has suffered a setback.

Rodgers was seen being carted off the field during the Eagles’ joint practice with the Baltimore Ravens on Monday.

According to Les Bowen of The Philadelphia Inquirer, he is slated to miss some time with a foot injury:

Eagles reserve tight end Richard Rodgers will miss “multiple weeks” with what the team said was a foot injury.

Although the unclear timetable for Rodgers’ return does raise some concern, it is not as serious as onlookers initially deemed it to be. Regardless, it is safe to assume his injury will spill over into the regular season.

Rodgers is certainly no stranger to dealing with injuries as of late. He was placed on injured reserve after suffering a knee injury during the preseason prior to the 2018 campaign. Although he was able to return for the final seven games of the seven, he failed to make much of an impact after catching just one pass for seven yards. 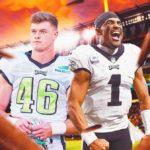 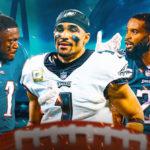 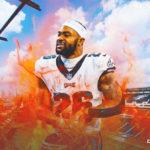 Rodgers’ went into training camp competing for a spot on the depth chart, however, his absence will make way for tight ends Josh Perkins, Alex Ellis, and Will Tye to see an increase in opportunities over the final two preseason games.

It also remains to be seen whether or not the Eagles intend to use another spot on the IR for him again.