The Memphis Grizzlies made an NBA name for themselves in the 2000s and 2010s for their gritty defense and tough style of play. One of the most well-known players from those Grizzlies teams is former guard Tony Allen. Allen was slated to have his Grizzlies jersey retirement ceremony in late-January before a game against the Utah Jazz, though the team made an announcement about the ceremony amid a fraud case involving Allen.

Tony Allen had the Grizzlies postpone his jersey retirement amid fraud casehttps://t.co/WYqnnLugxA

Basically, Tony Allen is one of 18 former NBA players involved in a scheme with intent to file for false medical and dental claims. Each of the players paid ex-NBA player Terrence Williams a cut of their shares, which is how this whole scandal came to light- Williams didn’t get his share from someone. For his part, Tony Allen has pled not guilty to the alleged charges and had paid back almost all of the nearly- $500,000 owed in fraudulent claim money. Even if Allen is guilty, it sounds like he’s doing everything possible to rectify it, which is a good sign. It still remains to be seen what happens with Allen and the case, though it’s probably best that the Grizzlies decided to postpone the ceremony.

Rest assured, Grizzlies fans, Tony Allen will still get his jersey hung up in the rafters. It just might be later in the season than Memphis fans initially thought. 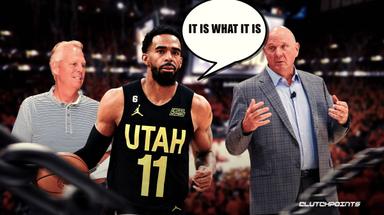