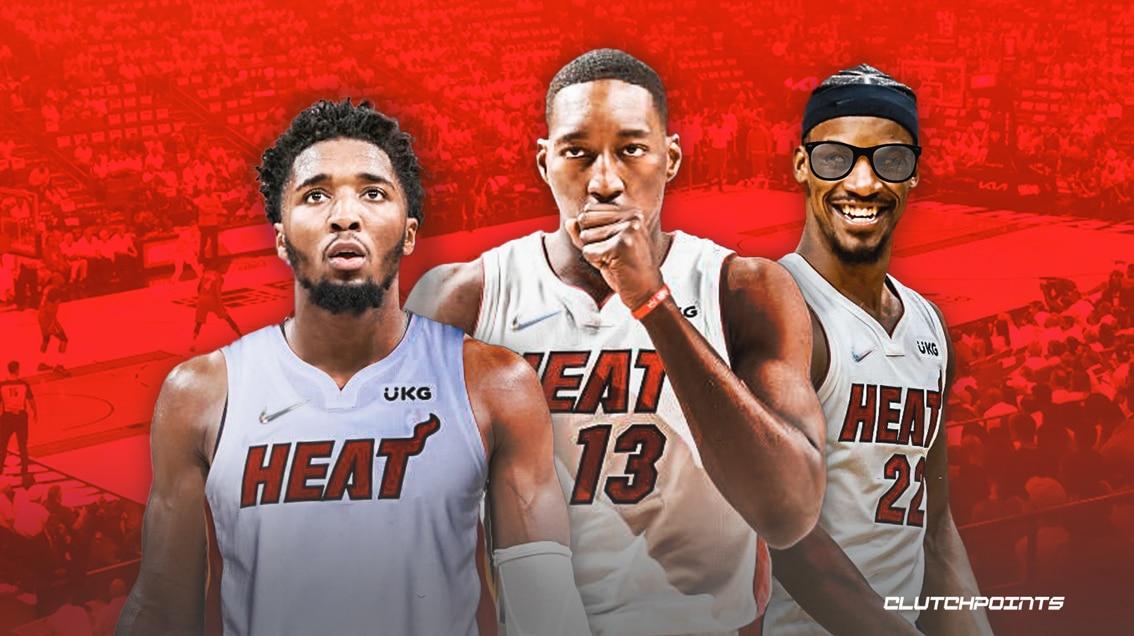 As the Miami Heat pursue a trade for Donovan Mitchell, Bam Adebayo is working on his game with the Utah Jazz star. Although the New York Knicks are the team dominating the trade talks, the Heat are looking to remain in the mix. Having one of their stars regularly practice with Mitchell surely helps their case.

After Jimmy Butler joined the Heat following a brief stint playing alongside Dwyane Wade, Miami fans are hoping for the same with Wade now a member of the Jazz ownership group. Adebayo’s time spent working out with Mitchell is giving them serious hope.

“We gotta figure this out!🤔”

Could we be seeing a new duo in Miami?⏳

Heat fans are suggesting that the two young stars are building chemistry before the regular season begins. It isn’t a completely crazy notion, though, as the two have also been playing together in Pro-Am games throughout the summer, including in Miami. Mitchell, Adebayo and Jimmy Butler would be a fantastic trio to shoot for a title with.

Mitchell jumping into the Heat’s offense and playing alongside two stars would do wonders for him. However, it may be very tough to come by. The trade talks for him remain packed with teams.

Miami may have a tough time topping a package that the Knicks could offer for Mitchell given that New York has many more draft picks to offer. The Jazz seem to be prioritizing those if they end up dealing away their star guard. However, if Mitchell settles on the Heat as the lone place he wants to go to, it could influence trade talks. Utah wouldn’t have to bite since Mitchell has several more years left on his deal, though.

Bam Adebayo and Donovan Mitchell have been friends for a while and are hoping they get the chance to show their stuff together for the Heat.