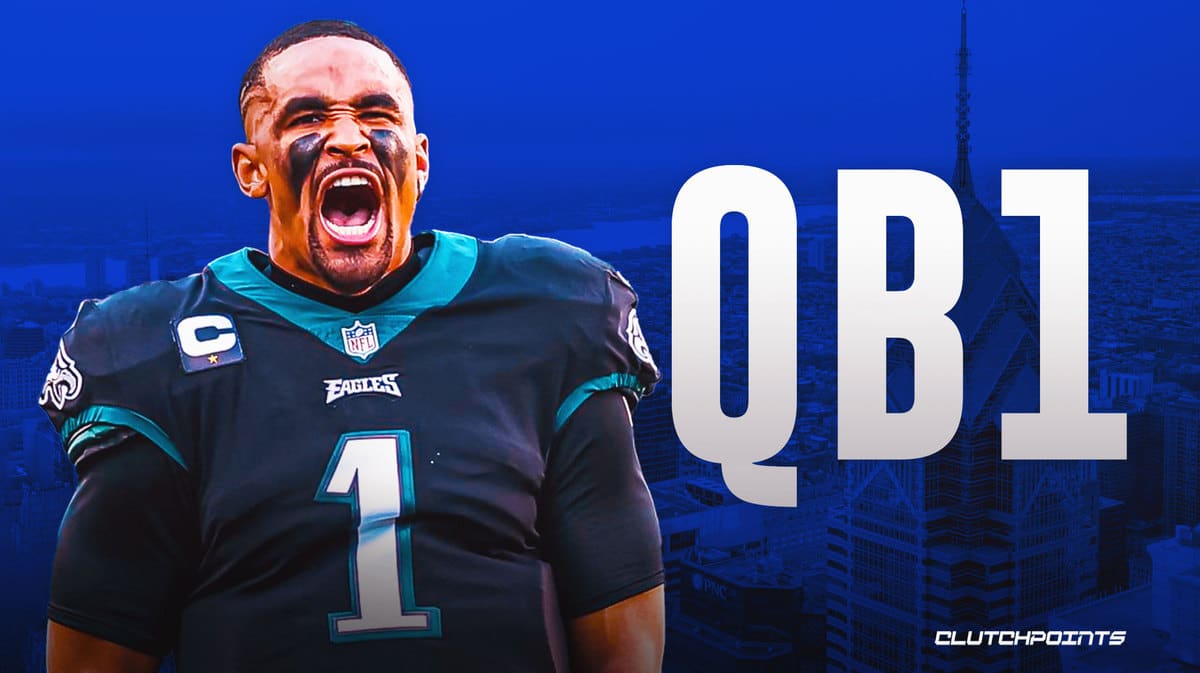 Jalen Hurts was given the QB1 duties for the Philadelphia Eagles in 2021.

In his first season as a starter, Hurts was among the best quarterbacks in the NFL. And he was also a pleasant surprise for the Eagles who took him in the second round of the 2020 NFL draft.

Jalen Hurts started 15 games for the Eagles last season. When serving as their QB1, he posted a record of 8-7.

Hurts posted an impressive stat line in 2021. He was effective both throwing the ball and running. His skill set is equipped to lead this Eagles offense.

Hurts finished the season throwing for 3,144 yards, 16 touchdowns, and nine interceptions. He posted a completion percentage of 61.3. At the end of the season, he had a quarterback rating of 87.2.

Through the running game, Hurts drastically impacted the offense. He ran for 784 yards and ten touchdowns.

In total, Hurts recorded 26 touchdowns and accounted for 3,928 yards from scrimmage.

Hurts and the Eagles finished second in the NFC East last season. They were three games back from the Dallas Cowboys.

Since their mediocre season, the Eagles have retooled their roster. They have made drastic improvements on both the offense and defense. They made their biggest splash of the off-season when they traded for Tennessee Titans wide receiver A.J. Brown on the night of the NFL draft.

Their offense now has the sort of star power that can make the Eagles a threat in the NFC. Hurt and Brown are accompanied by second-year wide receiver Devonta Smith, tight end Dallas Goedert, and running back Miles Sanders.

Hurts is also playing behind one of the NFL’s best offensive lines. While the group is anchored by tackles Lane Johnson and Jordan Mailata. On the interior, they are led by future hall-of-fame center Jason Kelce. They also have a future star in their current left guard Landon Dickerson.

The defense has also been greatly improved. Through the draft, they went Georgia heavy by adding both Jordan Davis and Nakobe Dean in the first round. They went on to sign two quality starters in cornerback James Bradberry and linebacker Kyzir White.

Jalen Hurts has all the tools around him that he needs to succeed. This Eagles team is built to be competitive now, and with a good season out of Hurts, they could make a legitimate run.

From a fantasy standpoint, Hurts could be one of the best options heading into the 2022 season. He finished last season with 321.2 points. This was the 15th most in the NFL.

Now with added weapons on the offense, and another year of experience, Hurts should be even better this season.

He will be throwing the ball to two legitimate primary targets in A.J. Brown and DeVonta Smith.

In 13 games last season, Brown recorded 63 receptions, 869 yards, and five touchdowns. He finished the season with 180.9 fantasy points, the 32nd most among wide receivers.

During his rookie season, DeVonta Smith made an immediate impact. He recorded 64 receptions, 916 receiving yards, and five touchdowns while playing in all 17 games. His 185.6 fantasy points were the 30th most among wide receivers.

Last season, both of these receivers played on offenses where they were the number one target. Now they will have the luxury of playing alongside each other. Defenses won’t be able to give them both the attention they deserve. This should lead to even more opportunities for not only them but for Hurts himself.

Eagles running back Miles Sanders should also be in line for a solid season. He played in just 12 games last season and ran for a total of 754 yards on 137 attempts. It is also worth noting that Sanders reached the end zone zero times in 2021.

But even with his Struggles, Sanders is still a capable runner. And with the Eagles having a chance at a legitimate passing game, this could help open up running opportunities. Sanders and Hurts will both benefit from this.

Heading into the season, Hurts may not be viewed as a top fantasy quarterback option. But he has all the makings of a league winner. His influence within the offense is undeniable and it all flows through him. On any given play, he could be a threat.

Hurts is projected to go somewhere around round five. If he is available at that spot, he could end up being a steal