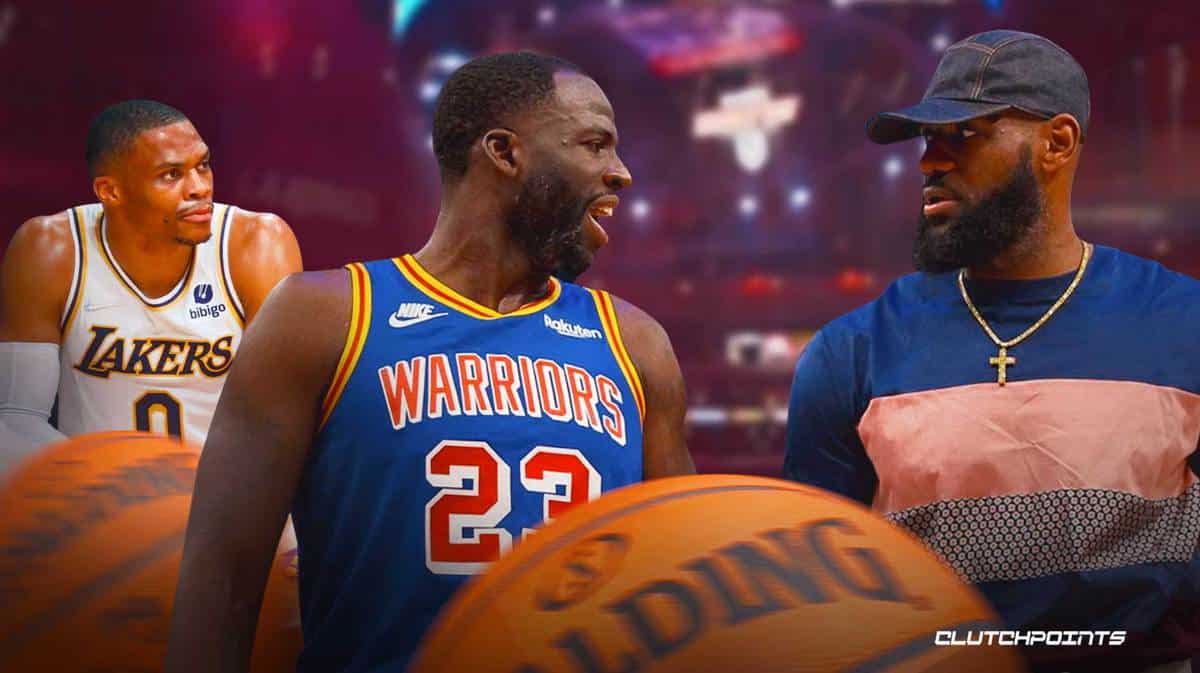 Draymond Green is a four-time NBA champion, most recently playing a huge part in the Golden State Warriors’ triumph over the Boston Celtics in six games in the 2022 Finals. Green knows that, while it matters how the pieces fit together, talent reigns supreme in the league, and he doesn’t blame LeBron James and the Los Angeles Lakers one bit for trying to increase their championship equity by trading for former MVP Russell Westbrook.

When asked whether LeBron asked for the acquisition of Russell Westbrook on the Checc’n-In Podcast hosted by Big U, Draymond Green had an emphatic answer. (Skip to 44:39 for the relevant part.)

Draymond Green is not naïve, and he knows that the fit between LeBron and Russ, as we saw during the entirety of last season, isn’t the best. Both are superstars who are at their most effective with the ball in their hands (to varying degrees – to say that Russ impacts the game like LeBron does is foolish even though Russ isn’t too shabby himself). Still, the Lakers had to pull the trigger, especially when the thought process behind the Westbrook trade was to acquire another explosive ball-handler to give LeBron an opportunity to rest.

While a fair amount of blame should fall on Westbrook’s shoulders for how the Lakers 2021-22 season turned out, it’s more the lack of quality players around the Lakers’ big three, as well as Anthony Davis’ injury problems, that undid their fortunes. The Lakers were not only light on perimeter shooting, they were light on defense, both on the perimeter and at the rim with Davis out.

The additions of Patrick Beverley and Dennis Schroder should help the Lakers for the upcoming season, but they still lack a game-changing 3 and D presence on the wing. The Lakers cannot expect LeBron James, in his 20th season, to carry the load on both ends, and the onus falls on Russell Westbrook to make sure the Lakers win the trade with the Washington Wizards belatedly, fit be damned.