Former Houston Rockets superstar Tracy McGrady is officially a Hall of Famer. With McGrady inducted into the Naismith Memorial Basketball Hall of Fame, many of his former teammates and on-court rivals have congratulated the 38-year-old’s accomplishment.

The recently retired Kobe Bryant, formerly of the Los Angeles Lakers, had many battles with McGrady on the court during their careers. Bryant took to Twitter to praise McGrady on Sunday.

Well deserved Tmac. You were a beast in every aspect of the game. I hope your kids know and appreciate how cold their pops was #HallOfFame

McGrady’s induction into the Hall of Fame didn’t come without some criticism as some of have wondered whether he had done enough throughout his NBA career to earn the distinction. McGrady never won a title during his time in the league.

The seven-time All-Star came extremely close to winning that elusive ring with the San Antonio Spurs in 2013. Unfortunately, the Spurs came up short against LeBron James and the Miami Heat due to an incredible game-tying shot by Ray Allen in Game 6 which forced Game 7. San Antonio never recovered. 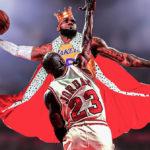 Despite McGrady’s shortcomings, the NBA journeyman was a remarkable athlete and an absolute scoring machine during his career. McGrady was virtually unstoppable during his prime giving opponents like Bryant fits on a nightly basis.

As for Bryant, who won five NBA titles in his illustrious career with the Lakers, will certainly be joining McGrady when he’s officially eligible to be inducted. Fellow superstars Kevin Garnett and Tim Duncan will also be eligible the same time Kobe will likely get the nod.