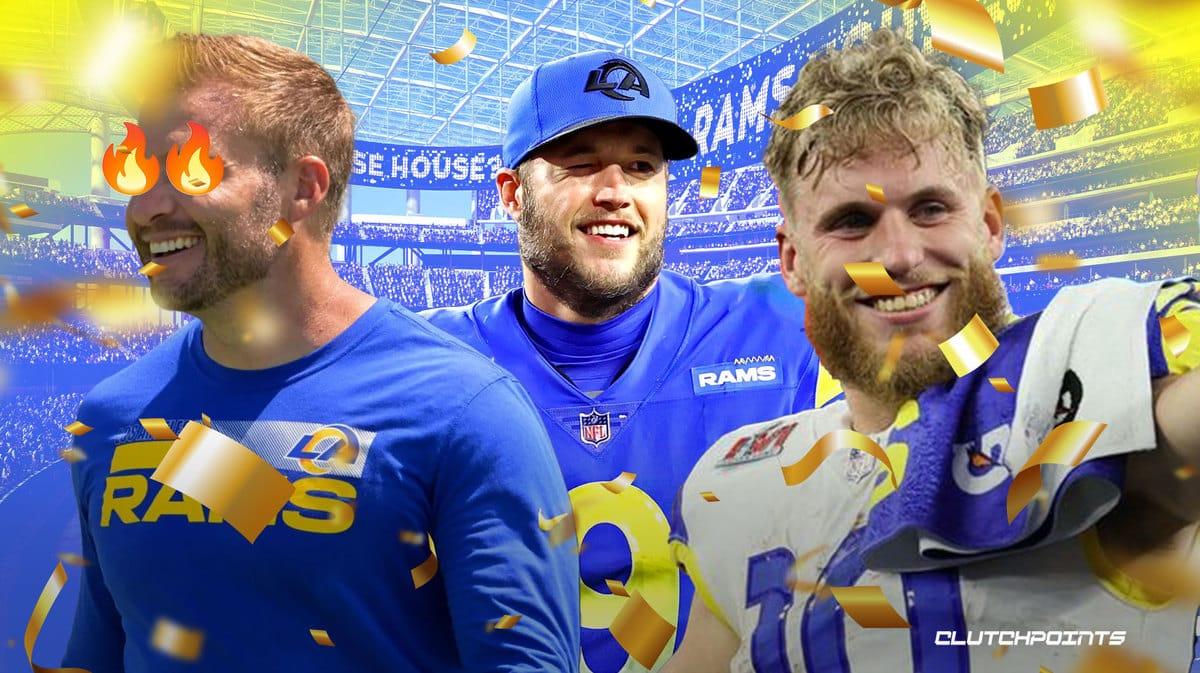 After a disappointing Week 1 loss, it seems the Los Angeles Rams are back on pace for another postseason run. On Sunday, in their first away game of the season, the Rams defeated the Arizona Cardinals 20-12.

Los Angeles now improves to 2-1, finishing the weekend at the top of the NFC West. Not only should the victory make fans feel better about the team, but it should also motivate the players as the Rams will be back on the road to face the San Francisco 49ers in Week 4.

But for now, head coach Sean McVay and the coaching staff have a lot of things to consider and analyze from Sunday’s matchup. With that being said, here are three takeaways from the Rams’ win versus the Cardinals in Week 3.

3. Cam Akers showed signs, but there is still work to do

If there was one player that needed a big game against Arizona, that was Cam Akers. Combining the first two weeks, the running back had 18 carries for a total of 44 yards. In Week 3, Akers had perhaps his best game since he tore his Achilles tendon in 2021.

He finished the day with 12 rushing attempts for 61 yards and a touchdown, his first since the 2020 season. It came on a 14-yard run where he had to fight for the final yards to cross the line.

Even though Akers had a good game overall, especially after a major injury, this is hopefully only the start. In the fourth quarter, the running back had the chance to seal the deal with another touchdown. However, he ended up fumbling the ball just short of the goal line, with Arizona recovering it. He’ll need to work on improving his protection skills with the football if he wants to keep getting double-digit carries per game.

If Akers keeps getting yards on the ground and taking more care of the ball, he could earn a bigger role in Los Angeles’ offense, but until he figures out his fumbling woes, Darrell Henderson will be breathing down his neck for the starting role.

The Rams’ defense is what will carry this team, and the defensive line is their strongest area.

In Arizona, Los Angeles only allowed 70 total rushing yards by the Cardinals’ offense on an average of just 3.3 yards per carry. Known as a dual-threat quarterback, Kyler Murray was not a match for the Rams’ front seven. He only had two rushing attempts for just eight yards in the loss.

The Rams also had four tackles for loss and four quarterback hits. Most notably, future Hall of Famer Aaron Donald got his 100th career sack after bringing Murray down by the legs.

With the Rams able to clog up running holes and get after opposing quarterbacks, they’ll be a nightmare matchup for all but the most dominant offensive lines. Regardless of who lines up at quarterback on the other team, the Rams will have plenty of chances to make big plays due to their overpowering defense, led by Donald.

In the first two games of the season, one of the biggest issues with the Rams’ offense was turnovers. Matthew Stafford threw five interceptions and just four touchdowns across the opening two games of the year. Last season, he led the league in picks with 17.

Other than the interceptions, Stafford is having a solid year. He is completing 72.5 percent of his pass attempts throughout three games. His career-best is the 67.2 percent pass completion rate he logged last year and in 2015 with the Detroit Lions.

Although Los Angeles was not facing one of the better defenses in the NFL, it is still a good sign that Stafford had no picks and got sacked just once. On Sunday, the team’s only turnover came on the aforementioned Akers’ fumble just before the goal line.

Stafford’s picks were perhaps the biggest problem the Rams had up until Sunday. He threw three against the Bills and two versus the Falcons, the latter of whom are far from a top-tier defensive group. Still, Atlanta forced a close game and lost by just four points while playing in Los Angeles. That’s the type of game the Rams should be winning with ease, but mistakes from Stafford turned it into a close affair. That can’t be a common occurrence this year, especially as the Rams push for a playoff spot.

Stafford didn’t turn the ball over against the Cardinals in Week 3 and he’ll be hoping for another clean outing against the San Francisco 49ers in Week 4.