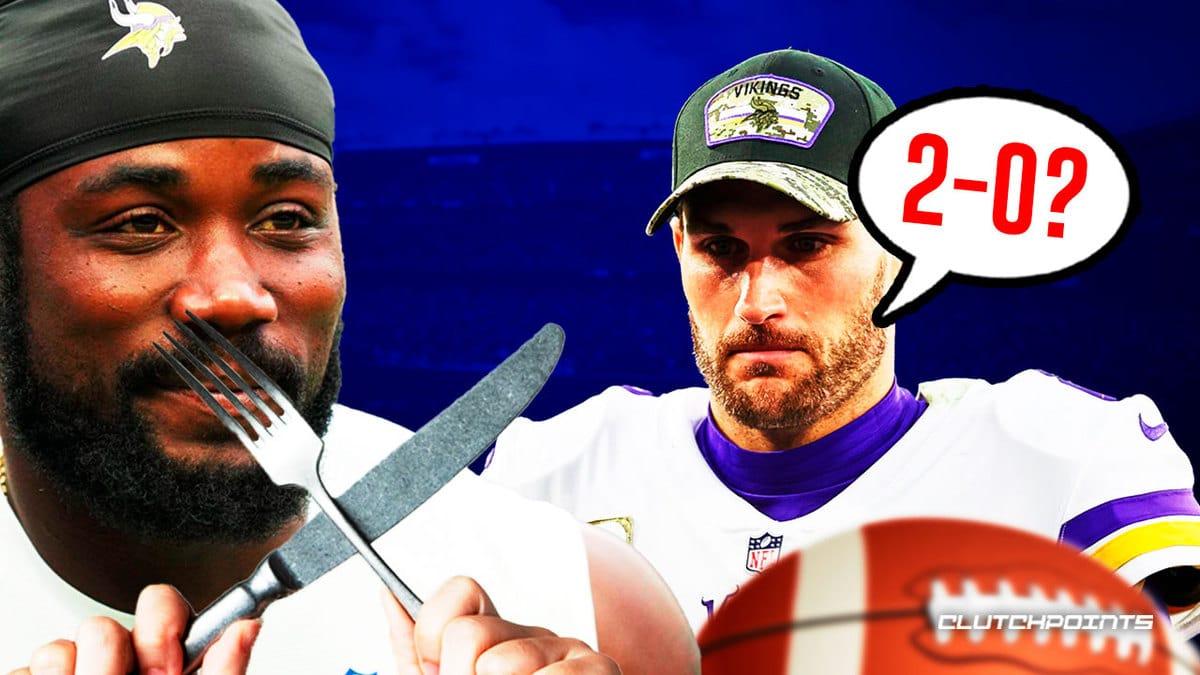 The Minnesota Vikings got off to an exciting start to their 2022 season. The team secured a commanding 23-7 victory over the Green Bay Packers and made a statement that they mean business this year. They will face a new challenge this week by facing off against the Eagles in Philadelphia. The Eagles come into the matchup with a 1-0 record as well and will be no easy task for Minnesota. With the Monday night matchup set to have all eyes on it, here are four Vikings Week 2 predictions to expect in the matchup.

One of the interesting storylines to watch in the matchup will be Jalen Reagor’s return to Philadelphia. The Eagles famously selected Jalen Reagor over Justin Jefferson in the 2020 draft which Howie Roseman recently admitted he regretted. Reagor struggled greatly during his time in Philadelphia and was traded to the Vikings just prior to the season’s start. In his two years in Philly, Reagor tallied just 64 receptions for 695 yards.

It was a situation in which both sides needed a restart and Jalen Reagor now has his opportunity with the Vikings. While the TCU product did not register an offensive snap in the opening matchup, he has been given the role as the primary punt returner for Minnesota which he also did in Philadelphia. Look for Reagor to get his revenge in the matchup and record 50 or more yards in punt returns. This type of effort can swing a game and Reagor will be looking to capitalize on the opportunity.

Despite the opening win, it was a relatively quiet week for Kirk Cousins. He completed 23 of his 32 passes for 277 yards and a pair of touchdowns. Minnesota jumped out to a 17-0 lead in the first half and was in cruise control from that point. With the Eagles’ defense expected to pose more of a challenge and the Philadelphia offense prepared to match points, Cousins will be more involved in this matchup.

While Justin Jefferson is deserving of all the praise he is receiving, it should be noted that he is not the only weapon the Vikings have. His 184 yards receiving in Week 1 led the NFL and (especially based on their track record) the Eagles will be sure to make him a key part of the game plan.

Even if this is the case, it should not be expected to fully stop the Vikings’ offense. Adam Thielen is a former Pro Bowl wide receiver who has had over 1000 yards receiving twice in his career. He had just three receptions for 36 yards in the opening week. Irv Smith Jr was also held without a reception in Week 1. Expect Kirk Cousins to take what the defense gives him and tally 350+ yards through the air on Monday night. The Eagles have adopted a bend-don’t-break mentality on defense and this will allow for these yards to occur.

The Eagles have a solid overall defense but the biggest red flag is their ability to stop the run. In the opening matchup against the Lions, the Eagles allowed 181 yards on the ground which was the fifth-worst mark in the NFL. In the snaps that first-round pick Jordan Davis was not on the field, the Eagles allowed 10.0 yards per carry. While D’Andre Swift is a talented running back, Dalvin Cook has a chance to do even more damage. In Week 1, Cook had 20 carries for 90 yards rushing.

The Eagles must make some scheme changes this week if they are to have more success controlling the run. Expect the Vikings to test this right away and for them to give Dalvin Cook his touches. Cook has 19 games in his career with over 100 yards on the ground and look for him to produce his 20th in the Monday night matchup.

The Vikings have not been given their respect as a true contender yet this season. Kirk Cousins seems to be continually doubted despite the impressive numbers he repeatedly produces. Look for Minnesota to come into Philadelphia and make a statement with their Week 2 performance. Picking up back-to-back victories over the Packers and Eagles would be an excellent way to start the season for the Vikings.

While the Eagles are coming off an incredibly impressive offseason and a solid week one performance, they have yet to be fully tested. Allowing 35 points to the Lions is a concern and if the Eagles had not recovered a surprise onside kick the game very well could have gone Detroit’s way. The Vikings have a more complete team than the Lions and are set to stack up well against the Eagles. Despite Philadelphia being considered the favorite, the Vikings can be counted on to come into enemy territory and secure the win.