The Washington Nationals will travel to Atlanta to take on the Braves in the first of a three-game series on Monday night at Truist Park. With that said, it’s a good time to check out our MLB odds series, which includes a Nationals-Braves prediction and pick, laid out below.

Washington has struggled to the league’s worst record, with a 51-95 mark that places them in last place in the NL East. After trading away Juan Soto and Josh Bell, the team’s offense has been abysmal, and the pitching has struggled most of the season. Fans are impatiently waiting for this horrid season to be over.

Atlanta has been in the midst of a back-and-forth battle with New York for the top spot in the NL East. Currently, Atlanta is 91-55 on the season, just one game behind the Mets for the NL East lead. Atlanta leads the NL Wild Card by 10.5 games over the second-place San Diego Padres.

Here are the Nationals-Braves MLB odds, courtesy of FanDuel.

Atlanta will send Kyle Wright to the mound in this one. Wright, a former first-round pick, has enjoyed his best season as a big leaguer, with a 3.18 ERA and 158 strikeouts in 164 innings across 27 starts. Wright’s stuff has ticked up this season, with a career-high 23.7 percent strikeout rate and a career-low 7.3 percent walk rate. Batters have hit just .229 against Wright this season.

Washington seems a bit overmatched in this one. 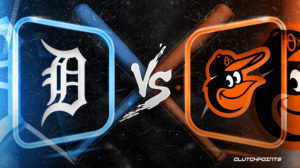