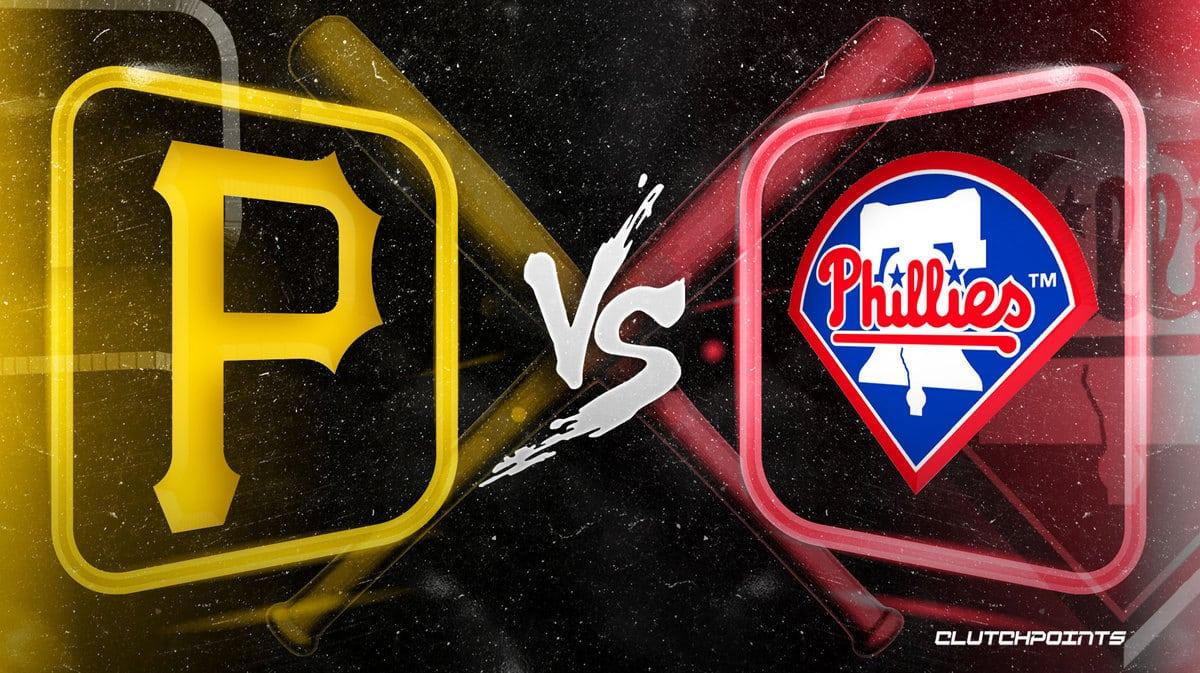 It is the battle of Pennsylvania as the Pittsburgh Pirates continue their series with the Philadelphia Phillies at Citizens Bank Park. It’s time to continue our MLB odds series with a Pirates-Phillies prediction and pick.

The Pirates trailed 6-0 when Bryan Reynolds cracked a two-run bomb to left field. It was Reynolds’s 21st home run of the year, cutting the deficit to 6-2. Subsequently, the Pirates battled back with solo home runs from Rodolfo Castro (4th) and Ben Gamel (6th) to cut the deficit to 6-4. It would not be enough as the Phillies added an insurance run in the eighth and finished Pittsburgh.

Today, Tyler Beede will take the mound for the Pirates. Beede is 1-3 with a 4.13 ERA. Recently, he tossed four innings while allowing five runs (four earned) on six hits. Beede is 0-2 with a 7.50 ERA in four starts in August. Consequently, he threw three scoreless innings in a relief appearance against the Phillies on July 31.

Here are the Pirates-Phillies MLB odds, courtesy of FanDuel.

The Pirates thrived on the long ball last night. They mashed three home runs. Unfortunately, two of the long bombs were solo shots, and the other was a two-run shot. It did not help that they allowed six runs. Thus, the Pirates must find a way to get more runners on base. Their ability to hit home runs is essential and can lift them against a mediocre pitcher. Likewise, the pitcher they face has allowed two home runs in four starts, so he is hit-or-miss.

Reynolds continues to impress after hitting his 21st home run. Additionally, he has cemented his role in the lineup with his power. Ke’Bryan Hayes is the three-spot hitter but has not proven that he deserves the spot. He is batting .251 with six home runs, 35 RBIs, and 44 runs. Also, he is batting .286 with one home run, six RBIs, and three runs over 13 games in August. The Pirates need more out of him for the rest of the season to observe what they have in him. Moreover, the Pirates do not have a hitter hitting over .275 in their regular lineup and only one batting above .250.

The Pirates will cover the spread if Reynolds and Hayes can drive some runners in. Additionally, the Pirates must pitch well and not let the dangerous hitters on the other side hurt them.

Harper is back, and it is great for the Phillies as they push for a playoff run. He is batting .317 with 15 home runs, 50 RBIs, and 49 runs over 65 games this season. Now, the Phillies get his power back and an ultimate weapon. Harper contributed last night and will look to replicate the effort again. Moreover, he hopes to improve his career marks against the Pirates. Harper is batting .254 with nine home runs, 28 RBIs, and 36 runs over 53 career games against the Pirates.

Kyle Schwarber had two hits and a run last night. Therefore, he picked up the slack after recent struggles. Schwarber is batting .213 with 35 home runs, 73 RBIs, and 78 runs. Consequently, he has had a hit-or-miss season. Schwarber either blasts a home run, or he does absolutely nothing. Now, he looks to amend that issue and contribute more.

Hoskins is a similar build. He is batting .246 with 26 home runs, 64 RBIs, and 66 runs. Likewise, he has power but does not do much on most days. He contributed two hits last night and will look to continue.

The Phillies will cover the spread if their top three hitters drive in runs. Additionally, a good outing from Gibson would help.

The Phillies are the better team, and the Pirates are rebuilding. Additionally, Harper’s return may spark a momentous run. Expect the Phillies to use that momentum and cruise past the Pirates.