Though Gerald Green hasn’t played in the NBA since the 2018-19 season, John Hollinger of The Athletic has reported that there is sincere interest from three teams for the 34-year-old veteran:

“Presumed out for the season after breaking his foot in the offseason, Green has had long enough to mend and could provide a much sough-after wing shooter for contending teams. His former team, the Rockets, are not allowed to reacquire him after trading him in February, which leaves the door open for wing-needy teams like Oklahoma City, Indiana (who lost Jeremy Lamb) or Utah (minus Bojan Bogdanovic) to swoop in.”

Green last played in the 2018-2019 season for the Houston Rockets, where he was an important cog for a team with major playoff aspirations. The shooting guard was mostly employed as a spot-up shooter on Houston’s James Harden-centric offense, and he performed capably in the role.

In that season, Green produced the highest three-point attempt rate of his career at a lofty 76.3 percent, meaning over three-quarters of the shots he took came from downtown. That number was up from his previous season’s career-high of 72.2 percent. On a per-game basis, Green shot 35.4 percent on six triples a game. 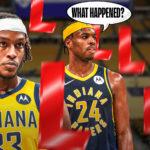 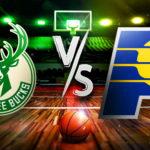 Almost any NBA team would likely welcome a strong shooter with still-strong athleticism despite his advancing age.

Indeed, as Hollinger notes, the Thunder, Pacers and Jazz would all likely be happy to add a proven shooter with recent playoff experience to the roster. Though Green was present for the infamous “27 missed threes” performance, teams will likely not highlight that element of his resume were he signed.