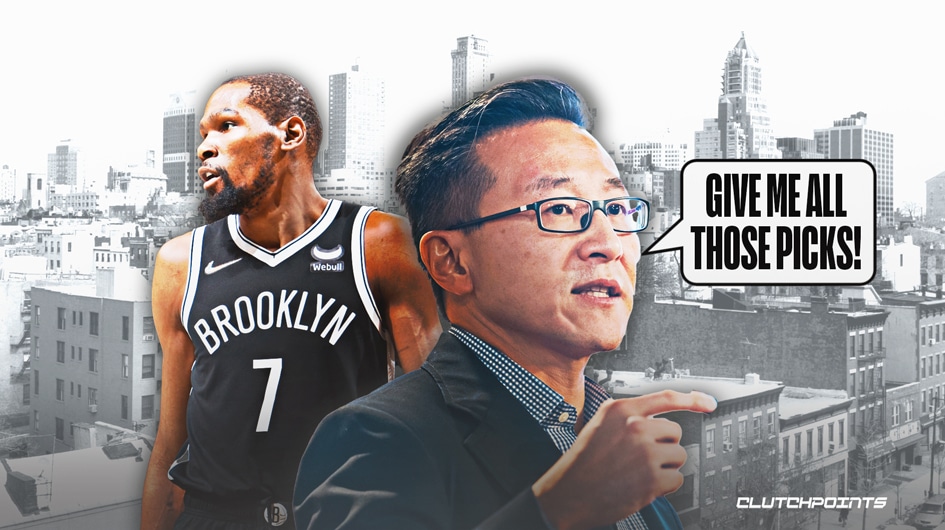 An absolute bombshell dropped on Monday as Shams reported that Kevin Durant met with Brooklyn Nets owner Joe Tsai over the weekend and essentially said to either fire Steve Nash and Sean Marks or trade him. There are still three teams in particular who are in on the KD trade talks, with the Celtics, Raptors, and Heat all interested.

If any of these organizations are going to pull this off though, it will truly take every single asset. Via Shams:

“Tsai and the Nets have made clear privately that they will take every last asset from a team that trades for Durant, sources said.”

Yikes. Remember, if Brooklyn does part ways with KD, they still want to stay competitive. It’s not rebuilding but rather just retooling. The Celtics reportedly offered a package centered around Jaylen Brown and Derrick White, but the Nets also wanted DPOY Marcus Smart. Boston wasn’t about to give him up.

Part of the reason Durant hasn’t been traded yet is because of the steep asking price. Yes, he’s a generational talent. However, organizations are still trying to keep their squads together without completely cleaning house in order to acquire the superstar.

At this point, it’s still hard to know what will happen. It feels unlikely Tsai will fire his head coach and GM just to keep Durant. That would truly be a massive headache because he’d of course have to do an extensive search and replace both. But if the Nets truly want to move forward with KD as their cornerstone, it’s the price that has to be paid. We’ll see.