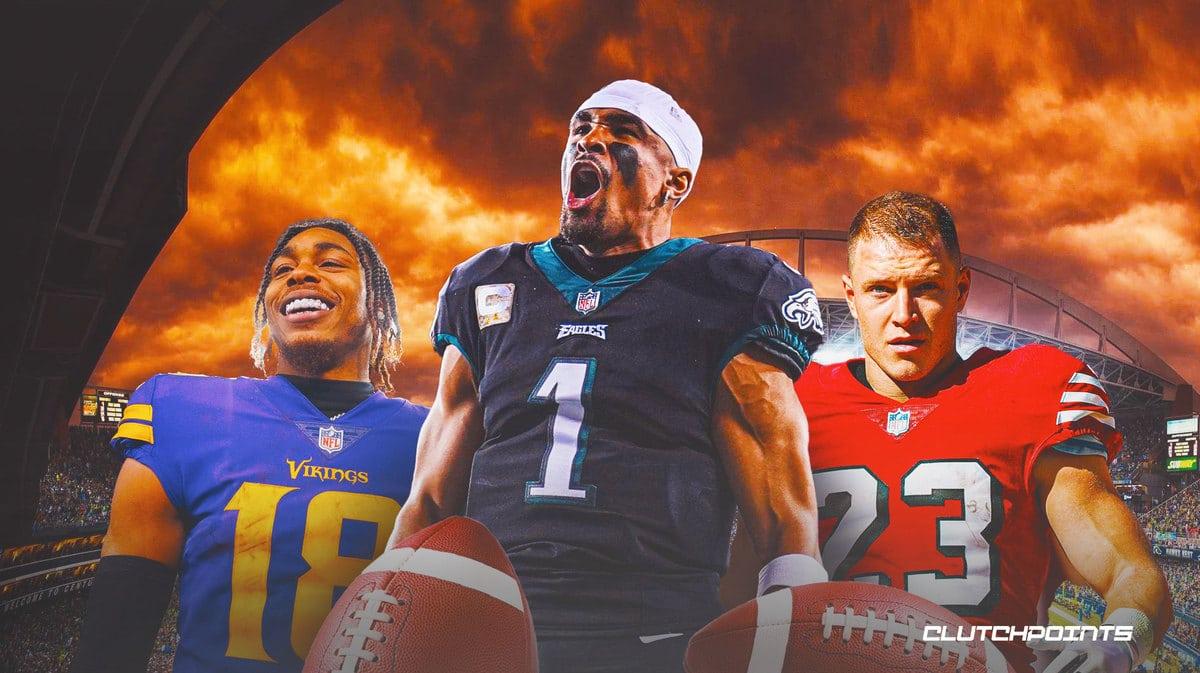 The second half of the 2022 NFL season is where we will begin to find out concrete answers to some of the biggest questions in the NFL. There are tons of talented teams that are looking to compete for a championship this season, and while it’s clear there’s a lot of talent in the AFC, there are some teams in the NFC playoff picture that are looking capable of putting together a strong playoff run.

The 2022 NFL offseason saw a mass exodus of talent end up in the AFC, which seemed to shift the balance of the league. And while there are a lot of more playoff caliber teams in the AFC, that doesn’t mean anything once the playoffs kick off. Anything can happen in the NFL, and that should make the NFC’s playoff race over the next few weeks quite entertaining.

Nothing is truly set in stone yet, but with Week 12 in the books for the NFC, the playoff picture is beginning to come into focus. With that in mind, let’s assess the current postseason field and see whether there could be any changes in the playoff seeding over the final few weeks of the season.

The Philadelphia Eagles continue to take the NFL by storm, as they won a shootout in Week 12 against the Green Bay Packers. The Eagles certainly aren’t invincible, but they have a solid lead in their division and for the top seed in the NFC, which should help them maintain this position throughout the remainder of the season. A Week 13 matchup against the Tennessee Titans could be tough, but the Eagles should once again be expected to win.

The Minnesota Vikings knew they needed to deliver a strong bounce back performance in Week 12 after getting destroyed by the Dallas Cowboys in Week 11, and they managed to pull out a hard fought win against the New England Patriots on Thanksgiving. The Vikings only have two games left against teams with records above .500, which makes them a lock to win the NFC North at this point.

The NFC West has been a bit of a roller coaster ride, but the San Francisco 49ers have finally emerged as the team to beat in their division. Their win against the New Orleans Saints wasn’t very convincing, but the 49ers control their path to the playoffs now, and while they have a tough task ahead of them in Week 13 against the Miami Dolphins, San Fran should be able to come out on top in the NFC West.

The Tampa Bay Buccaneers haven’t been very good this season, but it hasn’t mattered because they play in the worst division in the league in the NFC South. The Atlanta Falcons weren’t able to capitalize on the Bucs loss to the Cleveland Browns in Week 12, and despite the fact that Tampa is continually playing with fire, it’s tough to see them not coming out on top in their division when all is said and done.

The NFC East has been mightily competitive this season, and you can make a case that the Dallas Cowboys are the second best team in the NFC behind Philly. They easily dispatched the New York Giants in a crucial divisional battle, and while they may not have a shot at catching the Eagles, staying in the five seed and playing the winner of the NFC South doesn’t seem like a horrible option at this point.

The Giants have been exceeding expectations all season long, but they may finally be crashing back down to earth. They were not on the same level as the Cowboys on Thanksgiving day, and their schedule throughout the rest of the season looks very tough. The overall weakness of the NFC helps them, but the Giants playoff chances don’t look fantastic at this point. 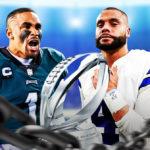 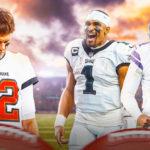 Part of the reason the Giants aren’t looking great is because the Washington Commanders are. They pulled out a tough victory over the Falcons in Week 12, and have cemented themselves as a legit playoff contender. Washington still has their bye week in front of them in Week 14, but their remaining schedule looks extremely difficult. It will be interesting to see whether the Commanders have enough juice to secure a playoff spot this season.

The Seattle Seahawks have lost their grip on the NFC West, and are currently out of a playoff spot entirely. The good news is that they seem to be a stronger team than the Giants and Commanders, and they will be hoping to take advantage of some easy upcoming matchups (they play the Los Angeles Rams in Week 13) in order to push themselves back into the playoff conversation.

The Falcons are only in the playoff picture because no one wants to win the NFC South. Atlanta could have taken control of the division by beating the Commanders, but they couldn’t pull off the upset. Atlanta can’t really make up their mind whether or not they want to win games, and while they may appear to be running out of time, that may not be true if Tampa Bay continues to lose, making them a team worth watching in the NFC.