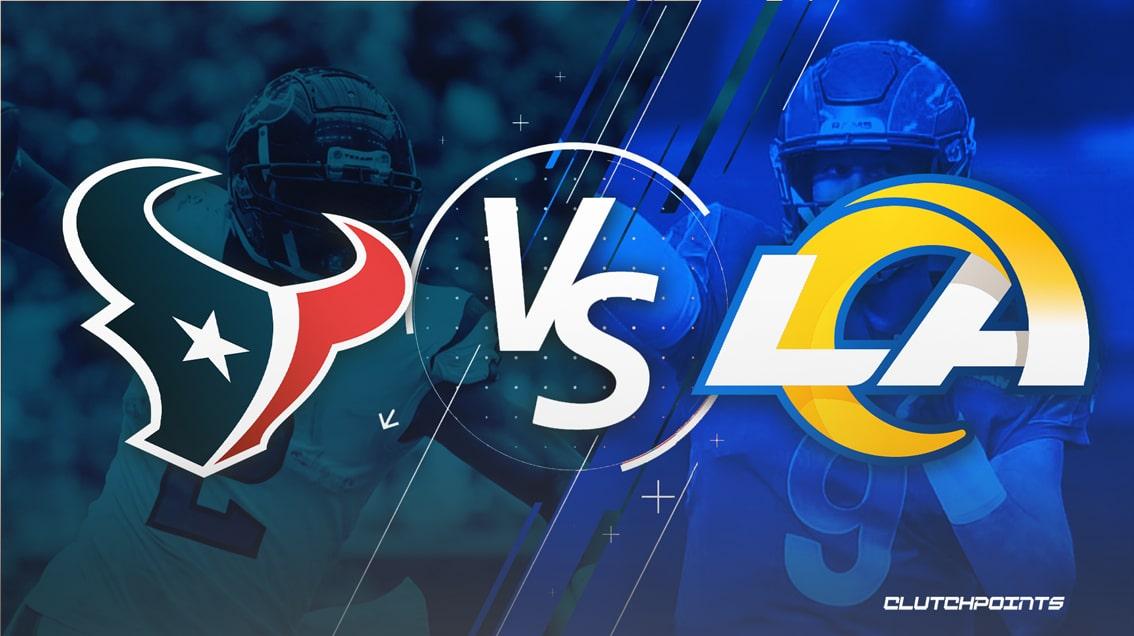 The 1-0 Houston Texans put their perfect preseason start on the line as they travel to the City of Angels to take on the defending Super Bowl Champion Los Angeles Rams for Week 2 of some preseason action! Join us for our NFL preseason odds series, where our Texans-Rams prediction and pick will be revealed.

Last weekend, Houston held a talented Saints squad in check by scoring a touchdown in the final seconds that prevailed them to victory. While expectations aren’t considered to be very high for the Texans entering 2022 in rebuild mode, a win is a win.

With Sean McVay’s strict no-starter policy in preseason games, it should be expected that we’ll see an abundant amount of backups suiting up for the Rams on Friday. While many teams around the league garner false hope with meaningless preseason wins to their names, the Rams at least looked the part in a 29-22 victory over their crosstown rivals in the Chargers.

Here are the Texans-Rams NFL Preseason odds, courtesy of FanDuel.

Ideally, a similar recipe for success in their win versus the Saints could end up going a long way for Houston if they are wanting to cover the spread for a second consecutive week. Against New Orleans, Houston seemed down and out when they trailed in the ballgame 13-10 with only minutes to spare. However, the Texans showed no quit by orchestrating a final drive led by QB Jeff Driskel that reached the end zone with 25 seconds remaining on the clock. All in all, it was an impressive group win by the Texans and first-year coach Lovie Smith, as the feeling of winning even a preseason game should provide them with some confidence moving forward.

Right off the bat, the Texans should have a decent chance to cover the spread with starting quarterback Davis Mills expected to take on an increased workload for preseason game number two. Although Mills only attempted three passes in last weekend’s triumphant win, he completed all of these attempts and finished off his lone drive with an 86.1 QBR. With Mills hoping to make that leap into the upper tier of NFL signal callers, few can deny that the Stanford kid in his second year has the brains, arm talent, composure, and moxy to take this franchise to the next level.

Not to mention, but unlike the Rams, the Texans will reportedly most likely be playing a majority of their starters on Friday night which should serve as a hefty advantage for Houston, the Texans must cash in on opportunities when given the chance.

Why The Rams Could Cover The Spread

While it may be rarer seeing Rams starters suiting up for preseason action than it is seeing Bigfoot out in the wild, LA is still equipped with some ballers that can leave their mark on this game in a high-flying fashion. This happened to be on full display in their first preseason matchup with the Los Angeles Chargers, as the Rams took it to their city counterparts by holding them to 232 yards of total offense and forcing a turnover as well. 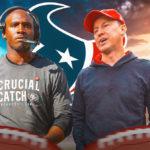 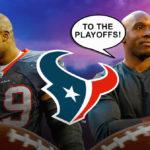 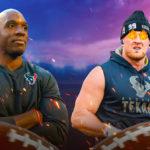 The win against the Chargers proved to be a nice distraction from the news of Matthew Stafford and his banged-up elbow, as the defending champs will only go as far as Stafford can take them in 2022.

In order for the Rams to cover the spread against the Texans on Friday, Los Angeles will need to receive steady play from John Wolford under center, who will be making his first start of the preseason and currently serves as Stafford’s backup. Other than starters sitting out preseason games, another factor that has remained consistent has been QB Bryce Perkins starting, but he will begin things on the bench after appearing as the Rams starter for the past four preseason games.

The Rams will be without their top three running backs in this one as well as a fair share of position players, so other names will no doubt have to step up if Los Angeles wants to cover the spread.

If this was the regular season, the Rams would be expected to take care of business. However, with the number of starters that will be absent in this one compared to the Texans treating this matchup like a normal, fall Sunday, Houston should be able to come out on top when the clock strikes triple zeroes.