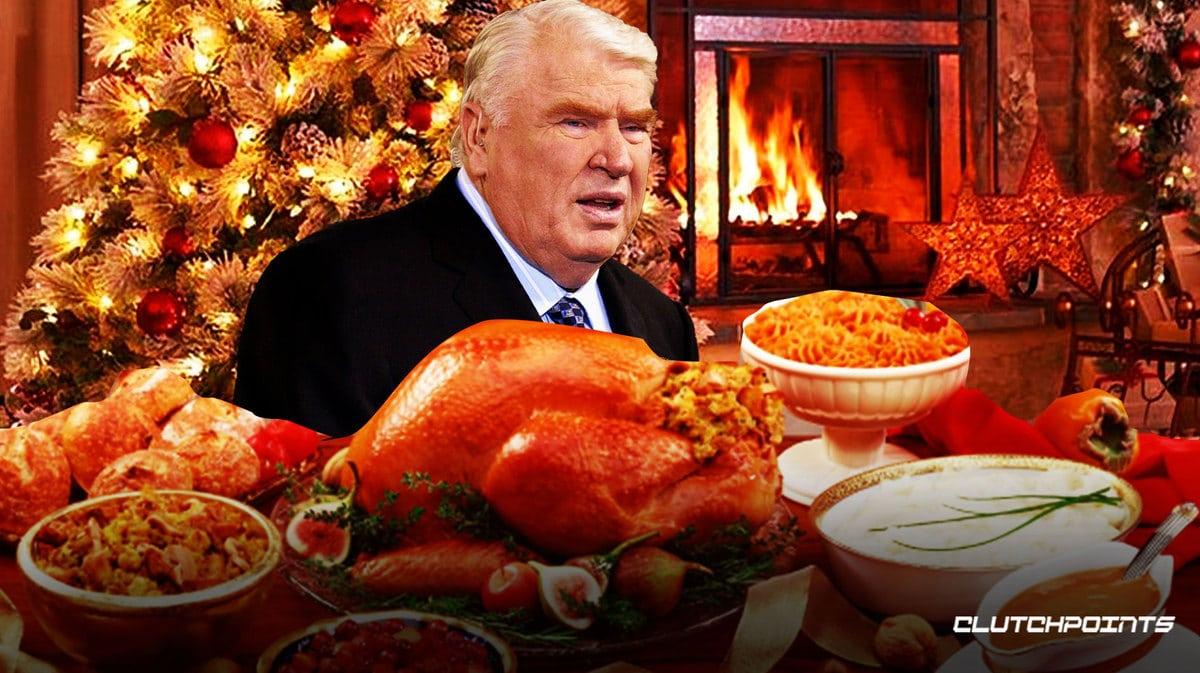 Every year on Thanksgiving, families get together to enjoy each other, some great food and some football. For many years, the NFL on Thanksgiving was synonymous with John Madden. Madden, the legendary coach and broadcaster, helped grow the sport to what it is today in so many ways.

The league has reportedly decided to honor Madden in a number of ways throughout the games Thursday, as NFL Network’s Rich Eisen points out.

The NFL honors John Madden with the inaugural "John Madden Thanksgiving Celebration" today. @SteveMariucci shares his thoughts on the icon of football and Thanksgiving. #MaddenThanksgiving

The three Thanksgiving Day games will air on CBS, FOX and NBC. Those happen to be the networks that Madden worked for during his illustrious career as a broadcaster. Not only today, but every single Thanksgiving from Thursday on will honor Madden. There will be outlined stenciled imagery of Madden’s signature on each 25-yard line. Each player’s helmet will have a decal sticker with an image of John Madden’s silhouette. Also, each game will name one player of the game. This player will get to donate $10,000 in their name to be given to a youth or high school football program.

Gone are the days of the ‘Turkey Leg’ being given out, which was made famous by Madden over the years.

John Madden passed away December 28, 2021 at the age of 85. He left behind him an amazing legacy of someone that dedicated so much to the game of football. Nearly all fans born during the last 50 years who have enjoyed the game on this festive holiday can recall the sound of Madden’s voice.

He is missed and this is a touching tribute to one of the most iconic men in NFL history.