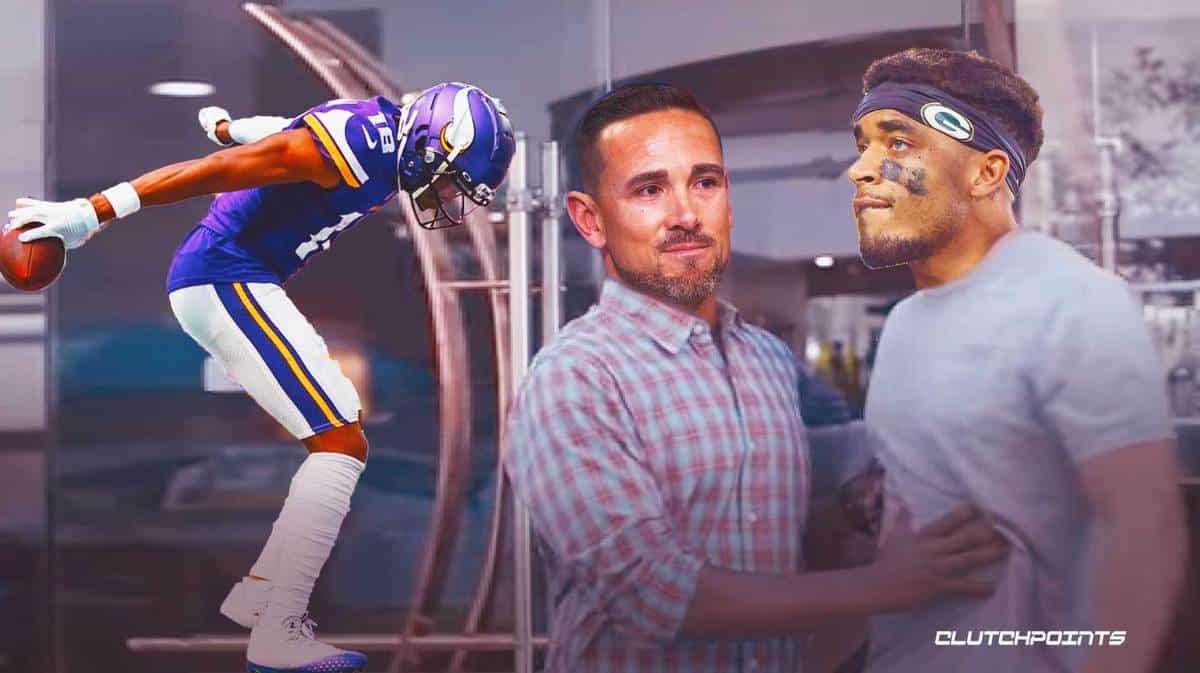 The Green Bay Packers had a bit of a disastrous start to their season on Sunday night after Justin Jefferson and the Minnesota Vikings dealt them with a 23-7 loss on opening night. It was the Vikings’ star wide receiver who stole the show in this one, with Jefferson logging an eye-popping nine catches for 184 yards in what was an electric performance.

After the game, Packers head coach Matt LaFleur was questioned about the team not matching up star cornerback Jaire Alexander on Jefferson during the game. It seems that it was exactly for these types of situations that Green Bay invested $84 million on Alexander for his recent extension, but for some reason, the Packers opted not to utilize him against Jefferson.

LaFleur was having none of it, though, as he came to the defense of defensive coordinator Joe Barry. The Packers head coach was quick to point out that matching up individually with Jefferson just wasn’t part of the team’s zone-heavy defensive schemes (via Rob Demovsky of ESPN):

“If you want to change the structure of your defense, I mean, you could certainly do that,” LaFleur said.

“There were many times throughout the course of that game where it wasn’t just a single motion, it was a double motion, right? So now you’re talking about trailing a guy, whatever it may be, but you would have to commit to man coverage. I don’t know how else you get it done.”

Be that as it may, LaFleur conceded that this is an issue that he’s going to be considering when he holds his next meeting with his coaching team:

“I think that’s something we’ll talk about each and every week, and every week’s a little bit different,” LaFleur said. “But we have a lot of confidence in our other corners out there too, whether it’s Stokes or Rasul Douglas. So it’s, how exotic do you want to be and exactly what do you want to do?”

For his part, Alexander himself admitted that if it were up to him, he would have loved to get his hands on Jefferson. However, he also knew coming in that this wasn’t going to be the case:

Whatever the case may be, the Packers are now down 0-1, and it seems like they will need to make some changes ahead of their Week 2 matchup against the Chicago Bears.