The Philadelphia Phillies are eager to make the 2022 MLB playoffs. They are competing for a Wild Card spot with the San Diego Padres and Milwaukee Brewers and have to continue winning. Especially with a four-game series against the Atlanta Braves starting Thursday and a series against the Houston Astros to close out the regular season, the Phils need ace pitcher Zack Wheeler to be back at full form.

Fortunately, they will get him. The Phillies announced that Wheeler has officially been reinstated after an IL stint due to a forearm issue. He will face the Toronto Blue Jays in his first game back while Sam Coonrod heads down to Triple-A ahead of the Braves series.

The Phillies have reinstated RHP Zack Wheeler from the 15-day IL and optioned RHP Sam Coonrod to Lehigh Valley (AAA).

After emerging as a Cy Young contender last year, Wheeler is having another strong season. He leads the Phillies with a 3.07 ERA with 148 strikeouts in 138.0 innings. His fastball, slider and sinker are all above-average in velocity and are very tough to get hits against. Getting him back to pair with Aaron Nola at the top of the rotation is great news.

All season long, the Phillies have overcome injuries to key players. The absences of Zack Wheeler, Bryce Harper, Jean Segura and many others haven’t slowed them down. Now that the ace is back in business, Philadelphia should see itself in the postseason for the first time since 2011. 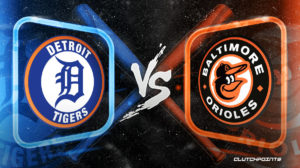