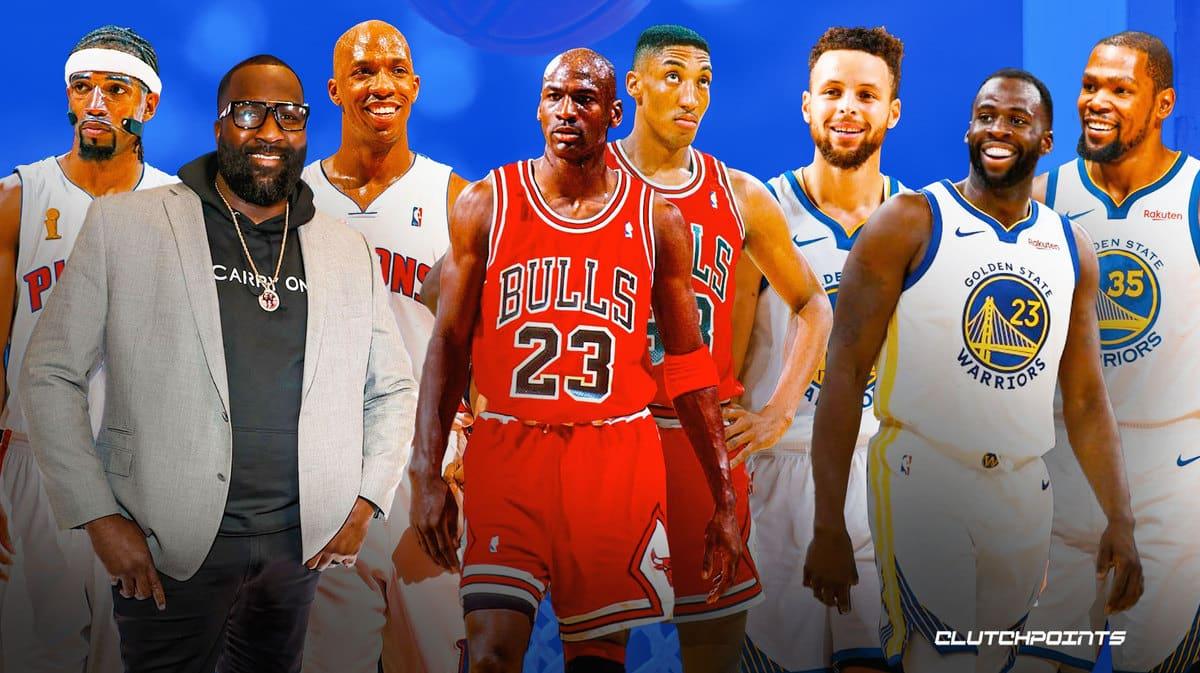 On Sunday night, Golden State Warriors forward Draymond Green dropped a bomb on Twitter, claiming that his 2017 team would have beat the 1998 Chicago Bulls by a double digits and the 1998 Utah Jazz by 40. That sent Twitter ablaze and caught the attention of a number of NBA personalities. Those included Richard Jefferson who told him to calm down. But Kendrick Perkins did him one better, making his own assertion that sounds almost as out there involving the Detroit Pistons.

I strongly believe the 2004 Detroit Pistons would have beat ANY team in any ERA in a 7 game series! That is arguably the greatest defensive team in NBA History! Don’t mind me tho and Carry on…

Perkins tweeted: “I strongly believe the 2004 Detroit Pistons would have beat ANY team in any ERA in a 7 game series! That is arguably the greatest defensive team in NBA History! Don’t mind me tho and Carry on…”

The 2004 Pistons are undeniably one of the best defensive teams in NBA history. Richard Hamilton was an excellent perimeter defender. Chauncey Billups wasn’t too far off at that point. Tayshaun Prince was a lengthy, athletic wing that could chase people down. Just ask Reggie Miller. Then the combination of Rasheed Wallace and Ben Wallace in the paint was practically impossible to score against.

Ben Wallace, the Pistons center, is still considered a top-five defensive player all-time by most. But to claim that they would defeat every team, from every era, because of their defensive prowess is a hot take. You could make the argument that the Los Angeles Lakers, not the 2004 version they beat in the Finals, but the one a few years earlier, could have beaten that Pistons team.

There are so many great teams that have laced them up over the years. It’s fun to debate, but impossible to know. But now we know where Kendrick Perkins stands.