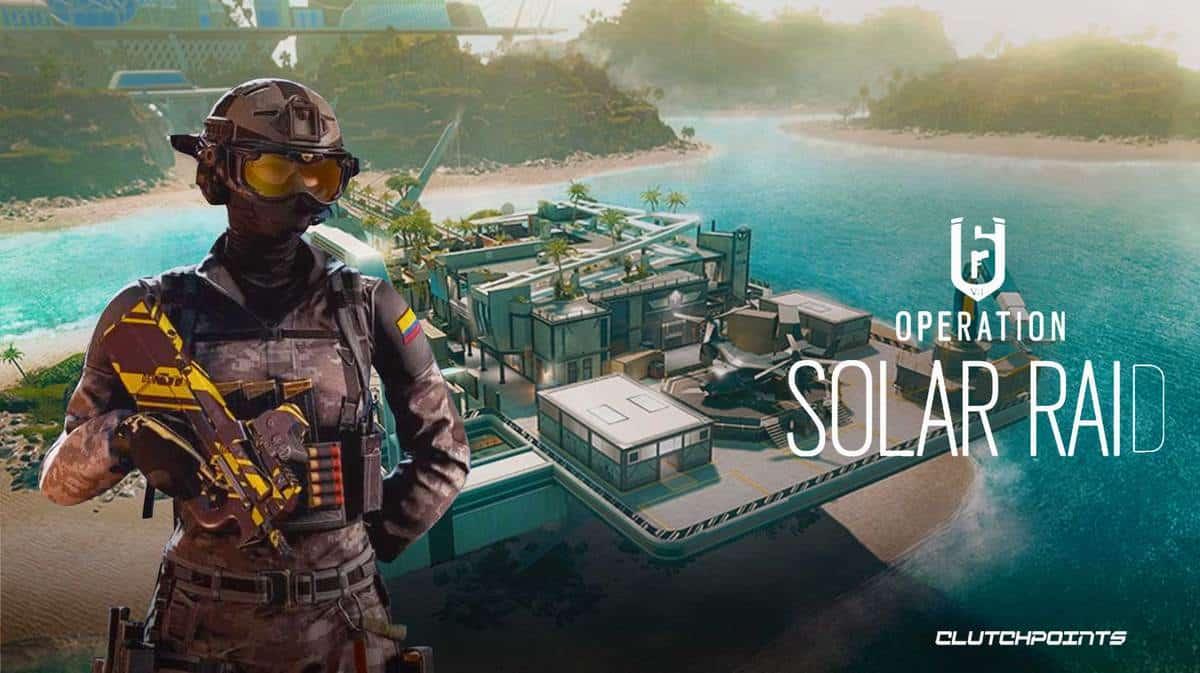 Operation Solar Raid is coming soon to Rainbow Six Siege. This means a new operator, a new map, changes to the Ranked and Battle Pass system, as well as some operator adjustments. Keep reading to find out more details about Operation Solar Raid, including its release date.

Operation Solar Raid arrives on Rainbow Six Siege on December 6, 2022. This is the 4th Season for Rainbow Six Siege’s Year 7, the last for 2022. As mentioned above, we will be getting a new Operator, a new map, some system changes, and some Operator adjustments. Let’s go through all of them in this article.

The Operator for this operation is Solis, a Defender hailing from Colombia. She is a 2 Armor, 2 Speed Operator, and is an information gatherer. Solis has access to the SPEC-IO Electro-Sensor, which allows her to see Attacker Gadgets like drones and phones. It’s also important to note that the SPEC-IO Electro-Sensor functions on a Charge system. This means that as Solis uses her gadget, the charge on it decreases. The gadget charges back up whenever Solis isn’t using it, so players will need to manage this properly.

This is very similar to IQ’s RED Mk III Spectre Electronics Scanner. However, it has two major differences. The first is that, unlike IQ’s scanner, Solis can Scan and mark up to 5 gadgets, allowing her fellow defenders to see them. This uses up the gadget’s current charge. Second, also unlike IQ’s scanner, Solis cannot use her weapon while scanning. That means that when Solis sees a gadget, she has to either point scan and point it out to a teammate, or she has to put the gadget down to take care of it herself.

Speaking of, Solis can use either the P90 SMG or the ITA 12L shotgun, with an SMG-11 secondary. This allows players to switch between mid to long-range engagements with the P90 and the short-range power of the shotgun. As for her gadgets, Solis can equip either the bulletproof camera for more information or the impact grenade to create rotations or take down Attackers.

It’s important to note that there are Attackers that can easily counter Solis. This includes the aforementioned IQ, which can track Solis down while she is using her Electro-Sensor. This is, however, a two-way counter, as Solis can also track down IQ. However, because IQ is a 3-speed Operator, and can fire her weapon while scanning, she has the advantage. Thatcher can also counter Solis, as his EMP grenade can temporarily disable Solis’s Sensor.

The new map is set in Singapore and is called Nighthaven Labs. The map has carious one-story staircases, multiple soft floors and walls, as well as layouts new to the game. Some of the breachable outdoor walls in this map lead directly to bomb sites, so players will have to study this map well. Players will have time to study it well, as Nightahven Labs is free for all players once Solar Raid launches. Other than that, players cannot ban the map at the start of the season, meaning that more often than not, you will play on this map. Speaking of, Friendly Fire is now disabled during the Defender prep phase.

One of the biggest changes to the game’s Ranked system is that there are no more placement matches. That means players will all start at the bottom rung of the Ranked Ladder, and work their way up. Players might be worried, however, that they might queue up with high-ranking players in their ranked games due to this change. However, players don’t have to worry much about that, as your MMR will still decide who you queue up with. Every season, only the rank resets, so your MMR carries over.

This means that even if you are all in the lowest division, which is Copper V, you will only match with players of the same MMR. Climbing the Ranked ladder requires players to play Ranked games and earn points. Players need to earn 100 points to climb up each level. Each rank has five levels, or divisions, so players must climb from the fifth division to the first before moving up a rank. There is also a Demotion Shield, which will prevent players from demoting to fast.

There is also a change to the reward system for your Ranked climb. Before, players would only receive rewards for the rank they are currently in. Now, players will also receive rewards from ranks below their final rank. For example, Gold players will also receive the rewards for Silver, Bronze, and Copper ranks. Speaking of Ranks, there is no longer a restriction when it comes to Ranked play with friends. People can now play with their friends regardless of rank, although a different algorithm is used for their matchmaking.

There will be a new Battle Pass progression system, different from the linear Battle Pass from previous seasons. The Battle Pass is now a map of sorts, with various branching pathways and loops. Whenever players go up a level, they can unlock a tile on the map, which unlocks rewards. Players can choose which rewards to unlock along their path, allowing them to only get the rewards they want. Players will notice, however, that there are some blocked tiles on the Battle Pass. These require a special item to unlock and will open new paths to the rewards you want. 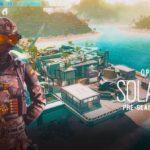 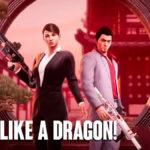 This Operation introduces a few balance changes to the Operators that need it. Some are small changes, like with Capitao and Zofia. These two Operators can now toggle between their unique Gadget’s two ammo types without having to pull the respective Gadgets out. For the others, however, the changes are slightly bigger. Dokkaebi and Sens are now 3 Speed,  1 Armor operators, while Osa is now a 1 Speed 3 Armor operator. The increase in Dokkaebi and Sens speed helps them utilize their gadgets more. The increase in Osa’s speed is to help her survive shots to her limbs, which are exposed when she has her shield up.

Operators aren’t the only ones receiving balance changes. The Aim Down Sight or ADS speeds for all operators are now the same. That is, every operator will have the speed of a 3-Armor operator during ADS. This balance change aims to equalize the playing field, putting more emphasis on precision, and not luck.

Crossplay is coming to Rainbow Six Siege during Solar Raid, however, there are still some caveats. The main caveat is that Consoles and PC players will not be able to play together. All console players, that is, players on PlayStation and Xbox will share the same Crossplay pool, while PC and Amazon Luna players will be in a different pool. They mentioned that they have no plans to bring the communities together “right now”. This means that there is a possibility that crossplay between all platforms could arrive in a future update.

For more details about Crossplay and Cross-platform synchronization, you can head on over here.