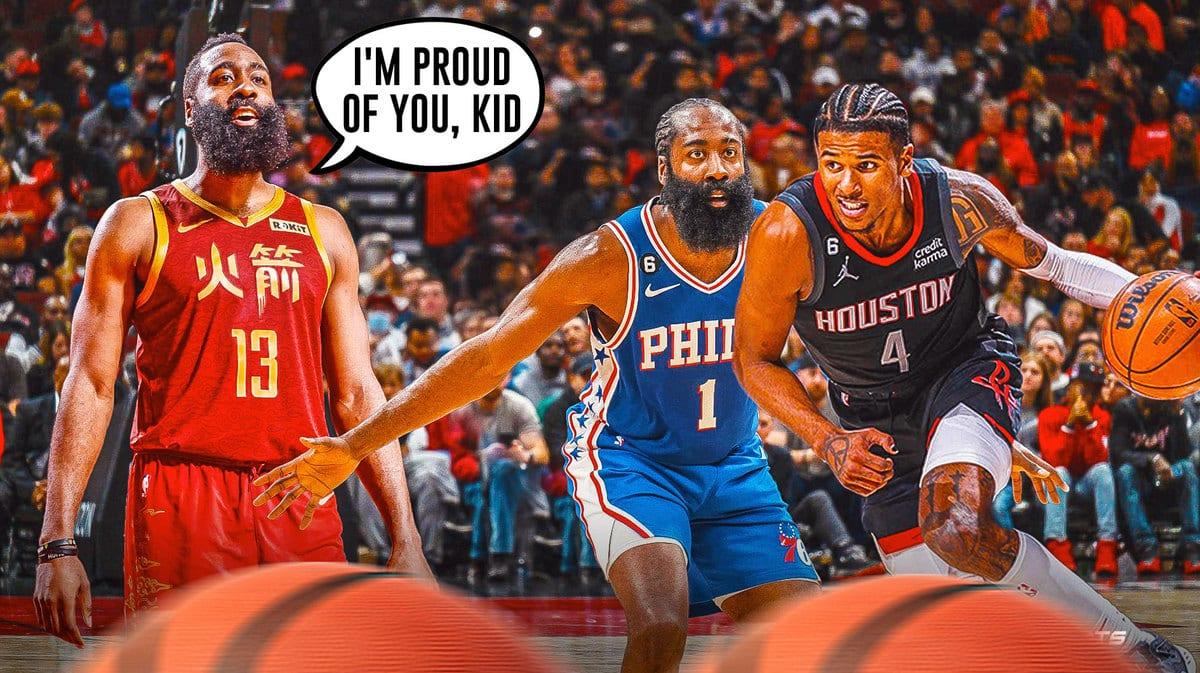 The Houston Rockets embarked on a lengthy rebuild the moment they pulled the trigger on the trade that sent James Harden to the Brooklyn Nets. Since then, the Rockets have been one of the worst teams in the league and they remain as such, as they entered their Monday night match against the Philadelphia 76ers with a 6-17 record. But with Jalen Green in place as the Rockets’ rebuilding cornerstone, the Rockets may not be bad for long.

At least for one night, the Rockets showed flashes of the team they could become in the future. Facing the Sixers, who were welcoming James Harden back from injury, Jalen Green managed to outduel the former Rockets star. Green scored 27 points on 9-20 shooting from the field to lead the Rockets to a 132-123 double-overtime victory while Harden struggled to the tune of 21 points on 4-19 shooting.

Still, Harden had nothing but love for the Rockets’ new main man. The Sixers’ star point guard told reporters after the game just how proud he is of Green’s performances, and, above all, the confidence he exudes everytime he steps foot on the court.

“I’m proud of him. He has not only lived up to expectations, but he is coming in with that swagger every single game. Tonight in overtime, he just took over, getting to the rim, and [doing] the things that was necessary to win the game,” Harden said, per Big Sarge Sportz.

“I am proud of him,” said James Harden when asked about the progress of Rockets second-year guard Jalen Green. “He has not only lived up to expectations, but he is coming in with that swagger every single game.” #LightTheFuse@JalenGreen#Sarge@TheRocketsWire@JHarden13pic.twitter.com/PvTlwW7JXH

Jalen Green has never been one to lack confidence, and James Harden knows that one of the key ingredients to developing as one of the best players in the league is one’s belief in his own abilities. 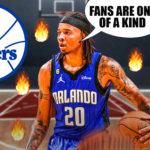 “His aggressiveness has carried over from last year to this year. He’s attacking the rim, shooting his shot, and just playing with a lot of confidence,” Harden added.

On the season, Jalen Green is averaging 21.6 points, 4.0 rebounds and 4.0 assists. If Green continues to polish his shooting efficiency and playmaking, there’s no reason why he couldn’t be James Harden’s true successor as the undisputed alpha dog in Houston.