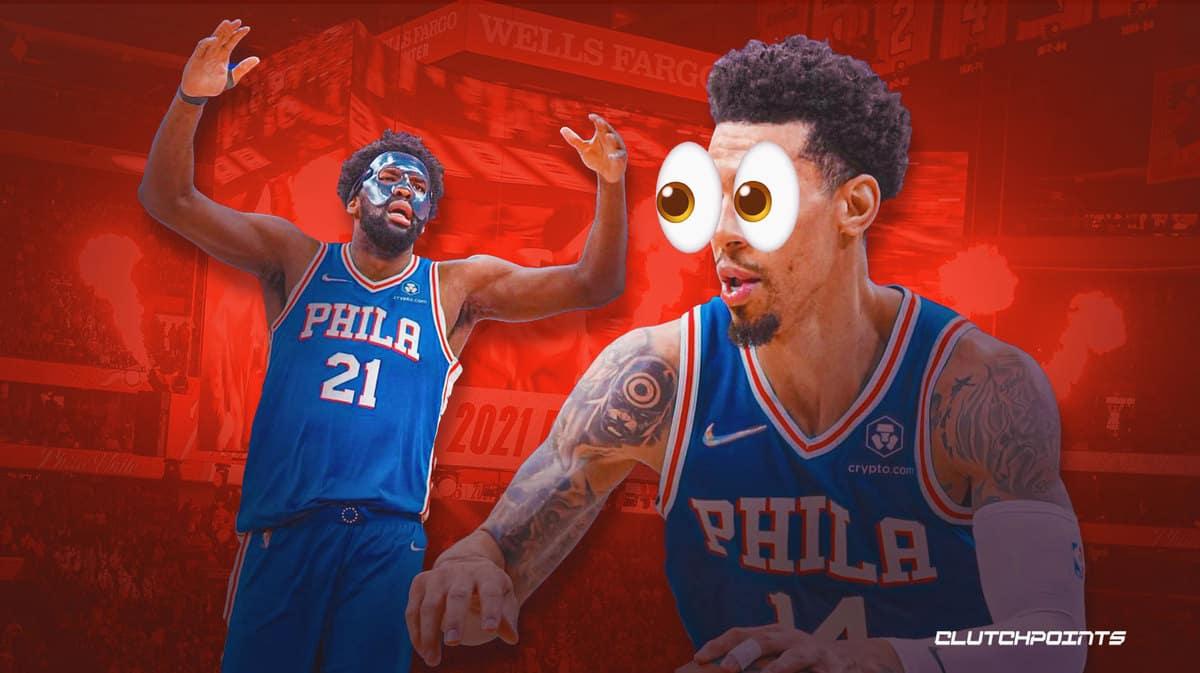 The status of Philadelphia 76ers center Joel Embiid was a huge story leading up to the team’s Game 3 NBA Playoff matchup vs. the Miami Heat. Embiid, who has been dealing with a torn ligament in his thumb, a concussion and a broken orbital bone, was in jeopardy of missing the contest, though he was ultimately able to suit up after clearing the league’s protocols ahead of the game. The star big man instantly gave the Sixers the boost they needed, as the team emerged victorious with a pivotal 99-79 victory. After the game, Sixers guard Danny Green spoke about the importance of Embiid, delivering a quote that should catch the attention of NBA MVP voters. Here’s what Green said, per the NBA’s Twitter account.

"He's doing everything it takes for us to win, and that's even giving himself up and his body… He knows that we're a better team with him out there even when he's not 100%"

Danny Green on the importance of Joel Embiid. pic.twitter.com/ZkteuZU5o2

Green said that Embiid is “doing everything it takes” for the Sixers to win against the Heat, which includes the MVP candidate “giving up himself and his body”, per his teammate.

Green also inadvertently made a case for Embiid as the MVP, saying that the Sixers are clearly a better team, even when Embiid isn’t even 100 percent. Such is the impact of his presence on the floor, as he draws double teams on offense while affecting every possession on the defensive end.

Embiid finished with 18 points, 11 boards, a steal and a block, though his impact went far beyond the stat sheet on Friday night. Just knowing Embiid was back there gave the Sixers more confidence on the defensive end, resulting in one of their better performances of the NBA Playoffs on that end of the floor.