Splatoon 3 is Nintendo’s biggest game release for Q3 2022. A long-standing series, Splatoon is a beloved title by Nintendo fans. Here are all the details you need to know about Splatoon 3, including its release date, gameplay, and story details.

Splatoon 3 is coming out on September 9, 2022, exclusively for the Nintendo Switch. The latest in Nintendo’s hit family-friendly shooter game, Splatoon 3 aims to paint the town red this Fall 2022. A new Amiibo featuring a Neon Pink Inkling Girl is also on sale.

Splatoon 3 plays similarly to previous Splatoon games – with players being able to take part in both single-player and multiplayer game modes. The single-player campaign will continue the game’s story, which we’ll discuss more later. However, the game’s bread and butter is its social aspect. Players can gear up and customize their Inklings with different clothing options. If you see someone wearing gear you’d like for yourself, you’d be able to register their gear and find it later on in the shop.

Splatoon 3’s unique take on shooter gameplay puts the focus on territorial warfare instead of shooting at opponents. Granted, shooting at opponents is still a big part of the game, but not the only part. Instead, players win not by the number of eliminations, but by the percentage of the stadium that the player’s team manages to paint in their color. As such, Nintendo even removes the focus on shooting by not giving players a K/D/A tracker.

In all game modes, players have access to a plethora of weapon types. From the traditional pistols, sniper rifles, and Gatling guns, players can also take up arms with unconventional weapons like paintbrushes and paint rollers. 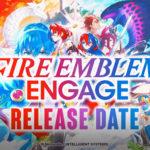 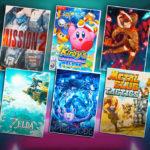 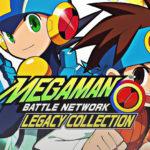 The game’s story mode is called “Return of the Mammalians,” which refers to mammals like the cats Judd and Li’l Judd will make an appearance. However, it’s not necessarily indicative of the mammals’ allegiance, as Octarians still return in the game as the primary enemies. Meanwhile, most of the Octarians have mutated and now appear with brown fur and purple eyes. There’s a new setting for the game called Alterna, a large, snowy area filled with hazardous Fuzzy Ooze – a pulsating ooze with brown furry substance, which may have a connection with the Octarians. Whenever an Inkling comes into contact with a Fuzzy Ooze, they become a roll of fur, paralyzing them and leaving them helplessly rolling around. Thankfully, Smallfry is impervious to the Fuzzy Ooze, and a friend that accompanies the player character called “little buddy” can be asked to eat up the weird substance.

More about the game’s story has been leaked online as a result of multiple copies of the game reached players prematurely through some stores. Hence, players who got their hands on the game early have already been posting spoilers online on the game’s story, sometimes accompanied by gameplay screenshots. However, there has been a concerted effort from the online Splatoon community to censor these posts, removing them to avoid players getting spoiled by a game that has yet to be revealed. Hence, if you care about the game’s story or if you’re looking forward to a fresh play-through of Splatoon 3, it’d be better to avoid your Splatoon Discord servers or Reddit communities for the time being.