Daniel Donabedian • 10 hours ago
The Boston Celtics did it all during their blowout win over the Charlotte Hornets. They racked up 140 points, had players set career highs, and tied an impressive league record.

1 Celtics player who must be traded soon

The Boston Celtics are an American professional basketball team that plays in the Atlantic Division of the National Basketball Association's Eastern Conference. The Celtics were established in 1946 and they play their home games in the TD Garden in Boston, Massachusetts.

The Celtics are widely considered as one of the most successful franchises in the entire NBA. They are tied with the Los Angeles Lakers for the most all-time championships in league history with 17.

Boston also boasts some of the greatest players in the history of the sport. Among them are Larry Bird, Bill Russell, John Havlicek, Kevin McHale, Paul Pierce, and Dave Cowens.

Despite being a relatively young squad, the Celtics have firmly established themselves as a perennial contender in the Eastern Conference over the past few years.

Since winning their last title in 2008, Boston has made the playoffs in all but one season. They have also made it all the way to the Eastern Conference Finals three times in the last four years. Last season, the Celtics were upset by the Miami Heat in a hard-fought series, as Boston was eliminated in the East Finals in six games.

Jayson Tatum, the Celtics' third overall pick from the 2017 NBA Draft, currently serves as the team's cornerstone superstar. He has quite a supporting cast around him, primarily starring Jaylen Brown (selected third overall in 2016) and Kemba Walker (signed as a free agent in 2019). 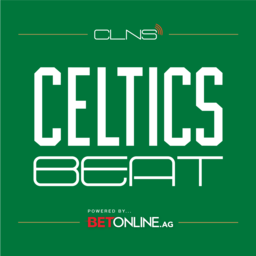 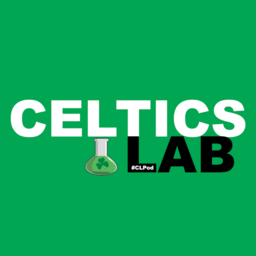 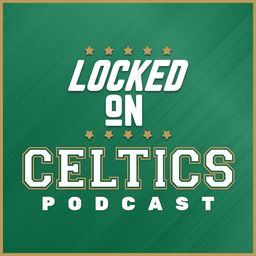 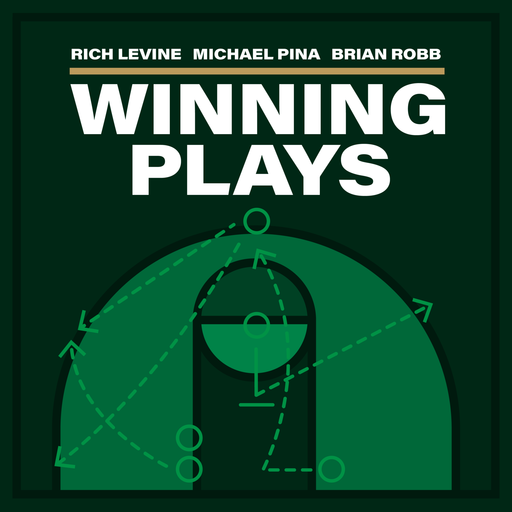 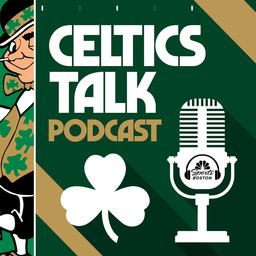 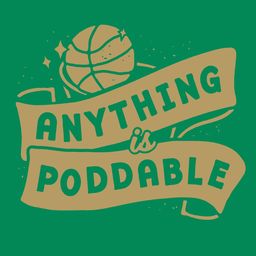 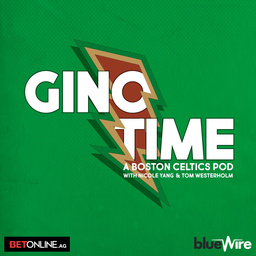 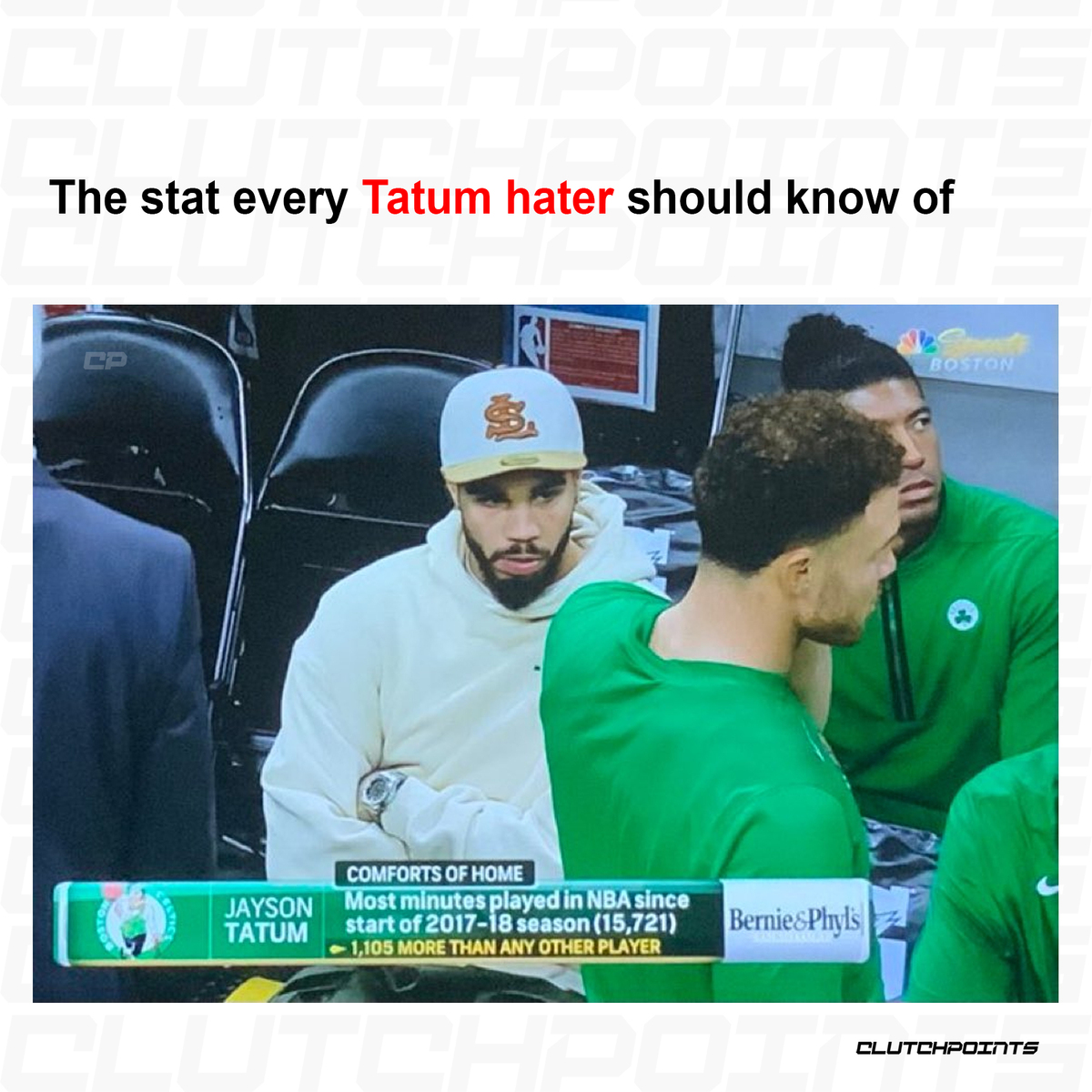 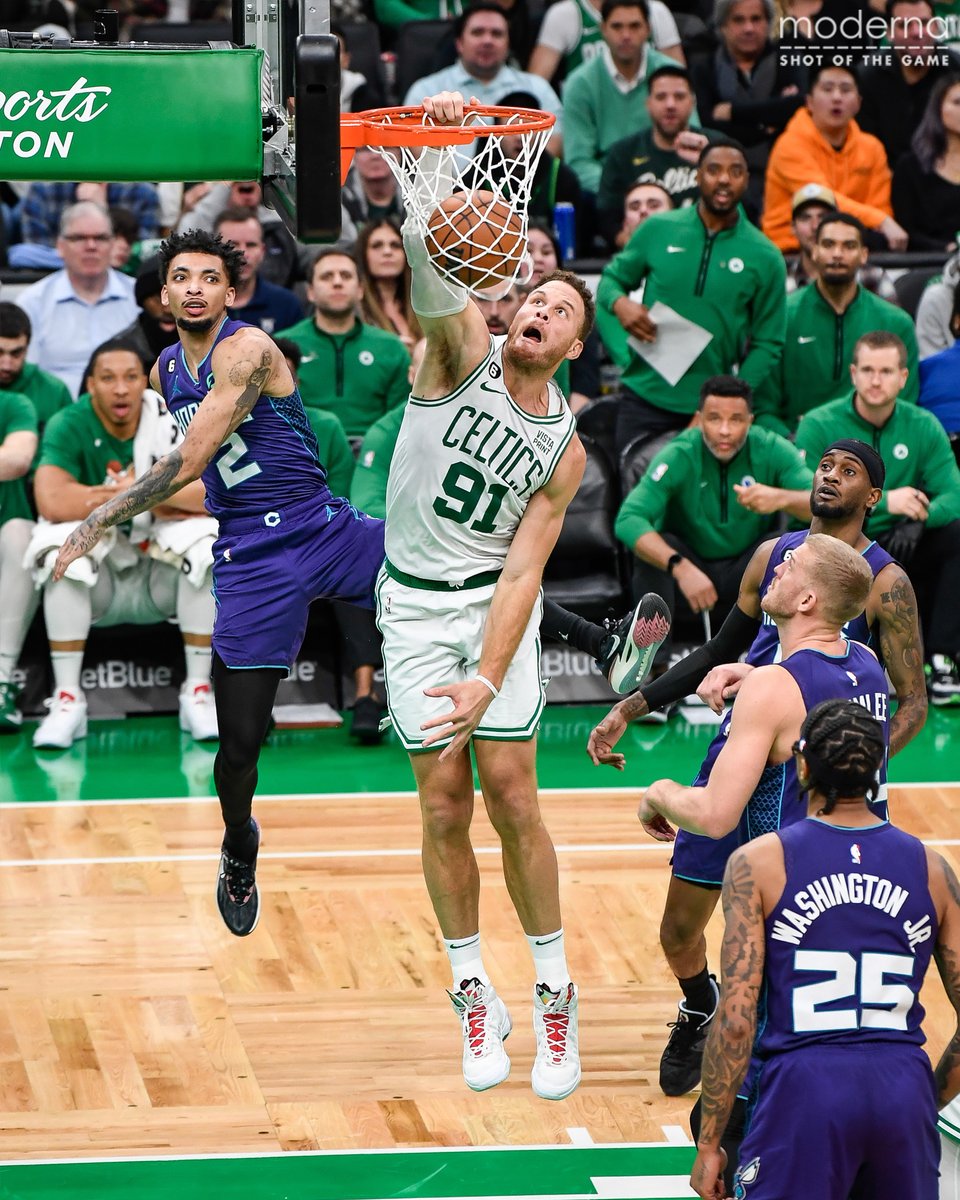 Boston Celtics
@celtics • 1h
Today’s @MAStateLottery #HeroesAmongUs made a commitment to paying it forward after their son Edward “King” Liu passed away from a rare brain tumor. The Liu family from Dover, MA oversees a Make-A-Wish Family advisory group supporting over 900 families to help kids like King. 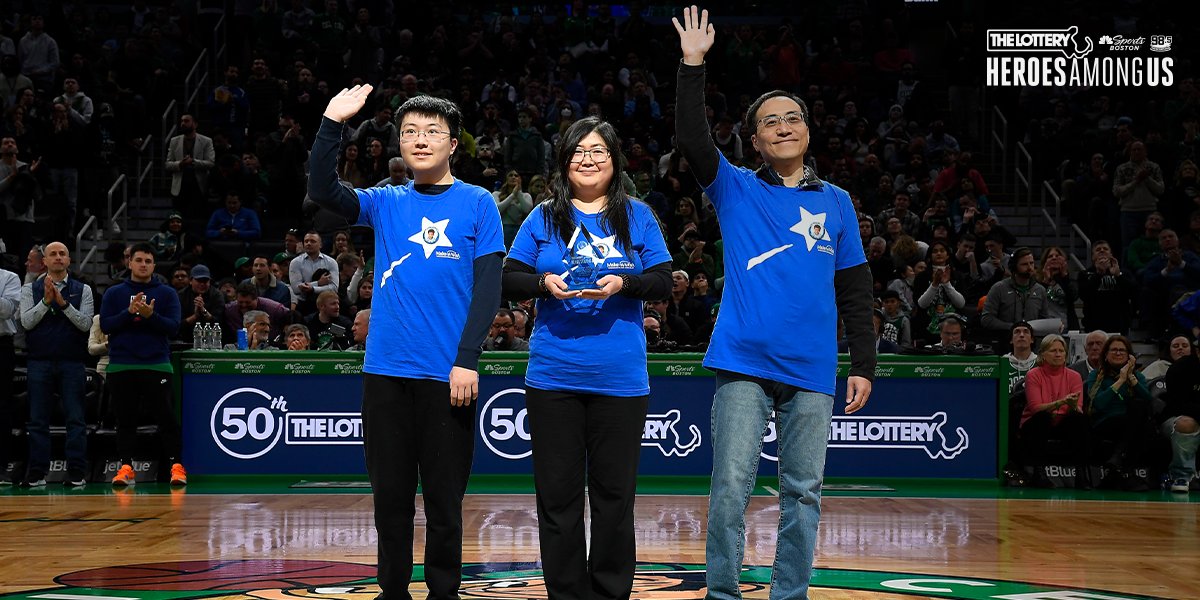 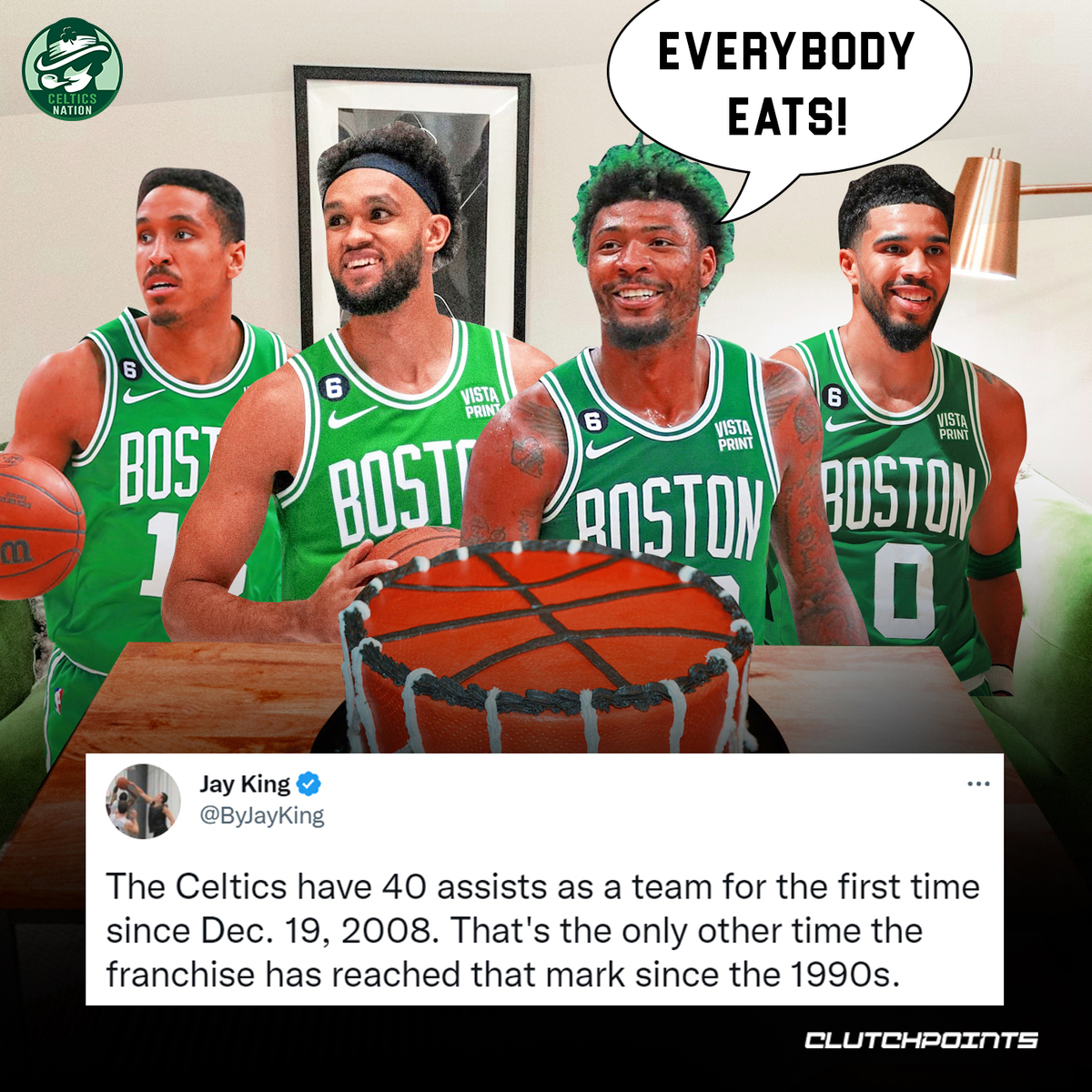 Did The Celtics Address Their Biggest Weaknesses In The 2020 Offseason?

One of the key weaknesses from last season for Boston was rebounding. They ranked number eight overall in total rebounds per game during the regular season, which isn't ideal if you want to be considered as a legitimate contender. To make their rebounding woes even worse, they lost two of their top rebounders in the offseason. Enes Kanter, the team's top rebounder with 7.4 per game, went back to the Portland Trail Blazers while Gordon Hayward, the team's fourth-best player in total boards at 6.7 per game opted out and went to the Charlotte Hornets.

To aid this, the Celtics signed former NBA champion Tristan Thompson from the Cleveland Cavaliers. Thompson has been one of the most prolific double-double machines in his time so far in the league. For the past two seasons, Thompson put up 11.5 points per game and added 10.2 rebounds in 91 starts out of a possible 100. If Thompson can lock in, he, alongside Daniel Theis, can comprise quite a formidable frontcourt duo in Boston.

What Should Fans Expect From The Celtics' 2020 First-round Picks In Their Rookie Season?

The Celtics had three first-round picks in the 2020 NBA draft; they picked two players and decided to trade their last pick (30th) to the Memphis Grizzlies.

Their highest pick was at number 14, where they were lucky enough to grab Aaron Nesmith from Vanderbilt. The 21-year old is regarded to be one of the best shooters in the rookie class with a shooting clip of 52% from deep in college. The swingman stands at 6-foot-6 and naturally plays the three spot. As good as he is offensively, there are some questions with his defense that Brad Stevens and the rest of the coaching staff need to address.

Boston then reached for point guard Payton Pritchard as their 26th pick. The Oregon standout played all of his four years for the Ducks, winning the PAC-12 Player of the Year while making first-team All-American his senior year. Pritchard proved to be a clutch playmaker in college with a steady hand, and it'll be interesting to see how much he learns from the likes of Kemba Walker and Jeff Teague during his rookie campaign.

How Much Are The Celtics Worth?

The Celtics are the cream of the crop in terms of franchise value in the league. Early in 2021, the Boston-based franchise had an estimated value of $3.2 billion, which currently ranks them at number five in the NBA (per Forbes).

Benefitting from recent renovations to their home arena the TD Garden as well as other non-basketball factors, the organization enjoyed an 11% increase in value since 2019 before a more minor increase in 2020, likely due to the pandemic.

Who Owns The Celtics?

The Celtics are owned by the Boston Basketball Partners L.L.C., which is a private investment group led by Wycliffe "Wyc" Grousbeck. The Massachusetts-native has been Governor, Managing Partner, and CEO of the franchise ever since he, alongside his partners, purchased the team late in 2002 for a reported $360 million.

Grousbeck and his family have been involved in a ton of non-basketball related initiatives. After winning his first title with Boston in 2008, the Princeton alum became Chairman of the Massachusetts Eye and Ear Infirmary, a teaching partner hospital of Harvard Medical School. The MEE is the world's largest research facility in battling blindness and deafness since 1824.

Who is The Celtics Head Coach?

Brad Stevens has been the Boston Celtics' head coach since July 2013. Boston has been Stevens' only destination in the NBA so far after he signed an initial 6-year contract upon entering the league prior to the 2013-2014 NBA Season. His contract has already been extended by the organization.

After missing the playoffs his rookie year, Stevens has successfully brought the Celtics to the postseason ever year since. Before his time in the NBA, Stevens was the head coach at Butler University, where he first linked up with Gordon Hayward.

Who Are The Celtics’ Assistant Coaches?

The Boston Celtics have six assistant coaches under head coach Brad Stevens: Jerome Allen, Brandon Bailey, Jay Larranaga, Joe Mazzulla, Scott Morrison and Jamie Young. Both Bailey and Mazzulla have been with the team for just a year, while Young has been an assistant coach for the Celtics since 2010. Among the six, only Allen has playing experience in the league as he suited up as a point guard from 1995-1997.

Who Are The Best Celtics Coaches Of All Time?

A ton of legendary head coaches have led the Celtics franchise, and one of the best to ever do it in his time in the league was none other than Red Auerbach. The New York native was the mastermind behind the glory years of the Celtics in the 1960s, where he won eight consecutive titles with Boston from 1959-1966. His tally of nine championships are the second most for a head coach in NBA history, only trailing Phil Jackson's 11. The NBA Coach of The Year Award is named after him due to his immense success and legacy.

Following Auerbach's incredible tenure in Boston was always going to be an impossible task, but head coach Tom Heinsohn certainly stepped up to the plate. The green-blooded Heinsohn followed up his decade-long stint as a player for the Celtics with another 10 years as head coach for Boston. After winning eight rings as a power forward for the C's, Heinsohn brought home two more titles as a head coach and even won the NBA Coach of the Year Award in 1973.

Third in Celtics' history for most wins as a head coach is Doc Rivers, who had a 416-305 record in his time as Boston's head coach. Though Rivers was only able to win one championship in his eight years in Boston, he was key in putting the Celtics back on the map as a contender in the East. His 2008 championship team garnered the third-most wins in franchise history and their historic playoff run only had one home loss.

Two former player-turned-coaches round out the list of the best Celtics coaches ever. The iconic Bill Russell, who won two rings as a player-coach in the late 60s, and Hall of Famer K.C. Jones, who also won a couple of titles, both make the cut.

Who Are The Top 5 Celtics Players Of All Time?

The Celtics have had more than their fair share of legendary players donning their iconic green and white threads, and the great Bill Russell has to be at the top of the list. Russell had a storied 13-year career in Boston where he was able to bring home a record-setting 11 titles back to the Garden.

Russell is joined in the top five by two teammates who he won a number of championships with, John Havlicek and Bob Cousy. A Finals MVP in his own right, Havlicek was one of the best two-way players the league has ever seen, as he was named to the NBA All-Defensive First Team five times while also being named to the All-NBA First Team four times. Cousy, on the other hand, was an elite point guard for the Celtics. The 6'1" guard out of Queens was a league MVP and an eight-time assists leader.

These three icons then passed the torch to another all-time great, Larry Bird. Bird won the MVP trophy three times in his 13 years with the team and brought home the three titles. In two of those instances, he won the Finals MVP award. Bird became known as one of the best shooters, not just in Boston, but in the entire league.

Rounding out the top five Celtics of all time is swingman Paul Pierce. Pierce was the heart and soul of the Celtics in the 2000s, where he spent 15 seasons in Boston. His time in the Garden was highlighted by his 2008 NBA championship win over the long-time rival Los Angeles Lakers, where he also managed to win the Finals MVP.

Who Are Celtics Legends?

Boston has been home to quite a few icons who made a lasting impression, even after their time with the organization.

At the top of the list is none other than Bill Russell, who won a whopping 11 titles during his 13-year stint in Boston. With the NBA Finals trophy named after him, it's hard not to put Russell as one of the biggest legends in Celtics history. He earned his last two rings as arguably one of the best player-coaches of all time. Next we have Larry Bird, who is way up there with Russell in terms of the best Celtics players ever. Although Bird wasn't able to come close to Russell's trophy count, "Larry Legend" was key in bringing glory back to Boston in the '80s.