Angelo Guinhawa • 1 day ago
Jalen Brunson couldn’t help but be disappointed with himself after failing to rescue the New York Knicks for the second straight game.

• 4 NBA teams that must already make a trade

The New York Knicks are an American professional basketball team that plays in the Atlantic Division of the National Basketball Association's Eastern Conference. The Knicks were established in 1946. They play their home games in the Madison Square Garden located in Manhattan. MSG is considered one of the most esteemed stadiums in all of the world.

One of the most valuable sports franchises in the world, the New York Knicks have just two NBA titles to their name. They won both championships during what many consider to be the golden era of Knicks basketball. Their first title came in 1970 followed by their second chip three years later in 1973.

Walt Frazier led the way for the Knicks on both title runs, which is why he is considered by many as one of the greatest players in Knicks franchise history. Alongside Frazier we have other all-time greats such as Patrick Ewing, Willis Reed, Earl Monroe, Dave DeBusschere, and Bernard King, to name a few.

It is no secret that the Knicks have struggled mightily over the past few years. Problems both on and off the court have contributed to one of the darkest eras in Knicks franchise history.

The last time the Knicks made the playoffs was 2013. Under the leadership of Carmelo Anthony, they made the postseason three consecutive years. However, the farthest they went was the second round. These three trips to the playoffs are all the Knicks can show for the past 15 years.

Things are looking up for the Knicks in 2020-21, though. It appears that New York is well on its way to booking its spot in the postseason for the first time in eight years. This is thanks in large part to the outstanding play of first-time All-Star Julius Randle, who signed as a free agent in 2019.

The Knicks also have a slew of young talent on the team, providing them with a very bright future ahead. RJ Barrett, their third pick from the 2019 NBA Draft, is considered to be the key cog of New York's young core. Rookies Obi Toppin (selected eighth overall in 2020) and Immanuel Quickley (selected 25th overall in 2020) have also proven that they will be important members of the Knicks’ core group moving forward. 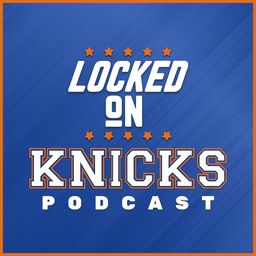 Locked On Knicks - Daily Podcast On The New York Knicks 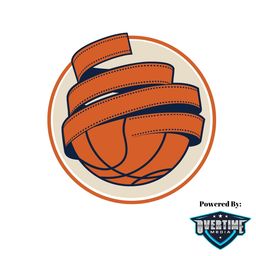 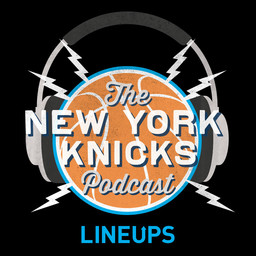 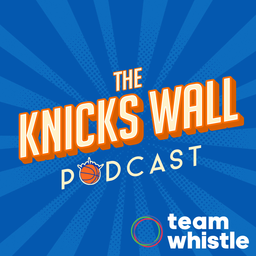 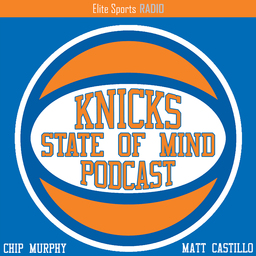 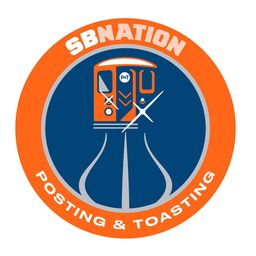 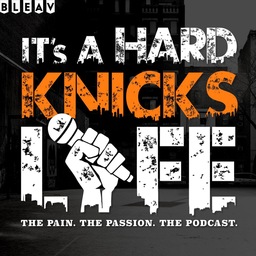 It's a Hard Knicks Life 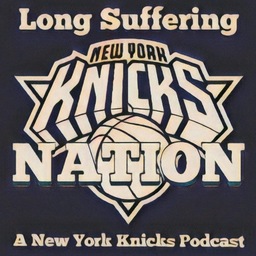 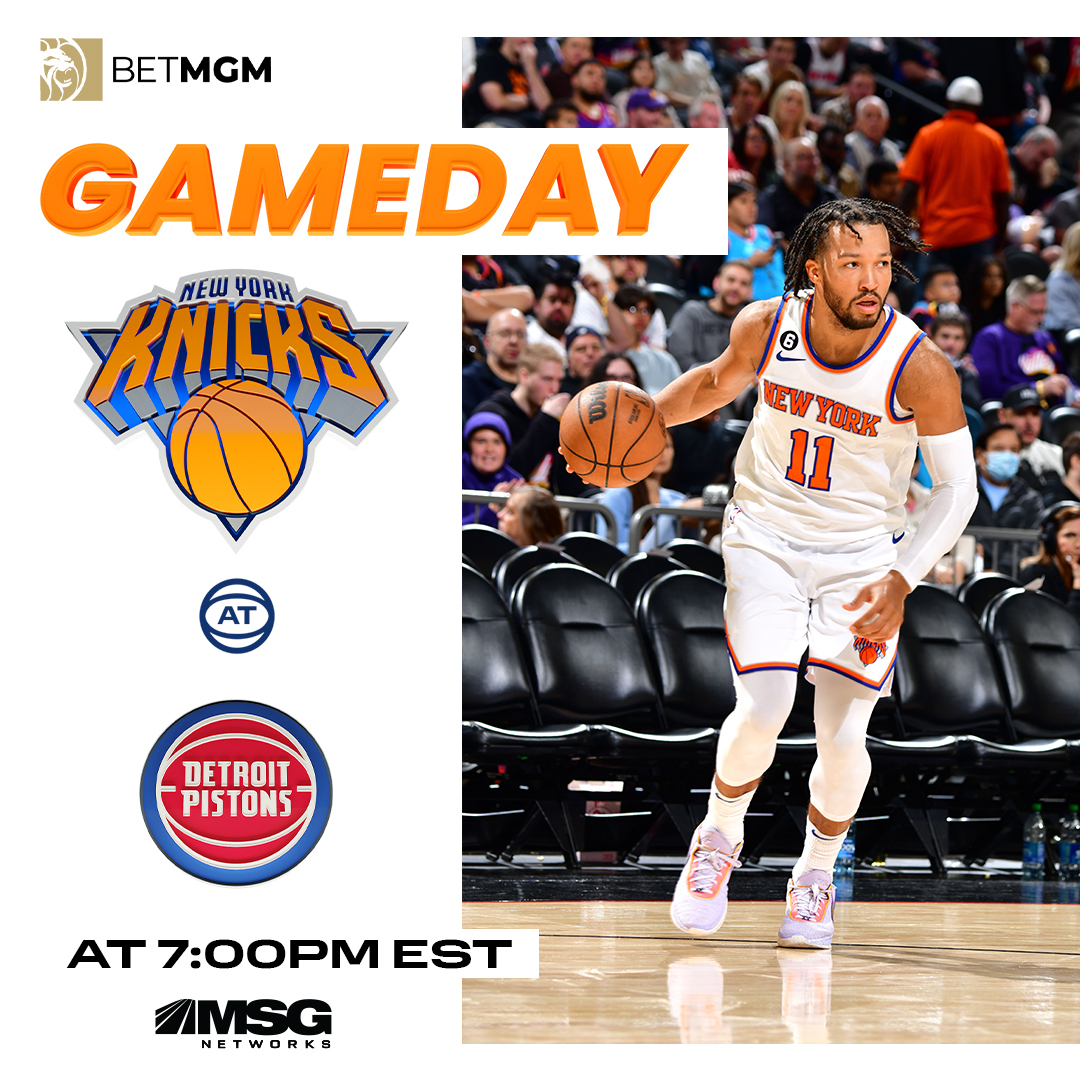 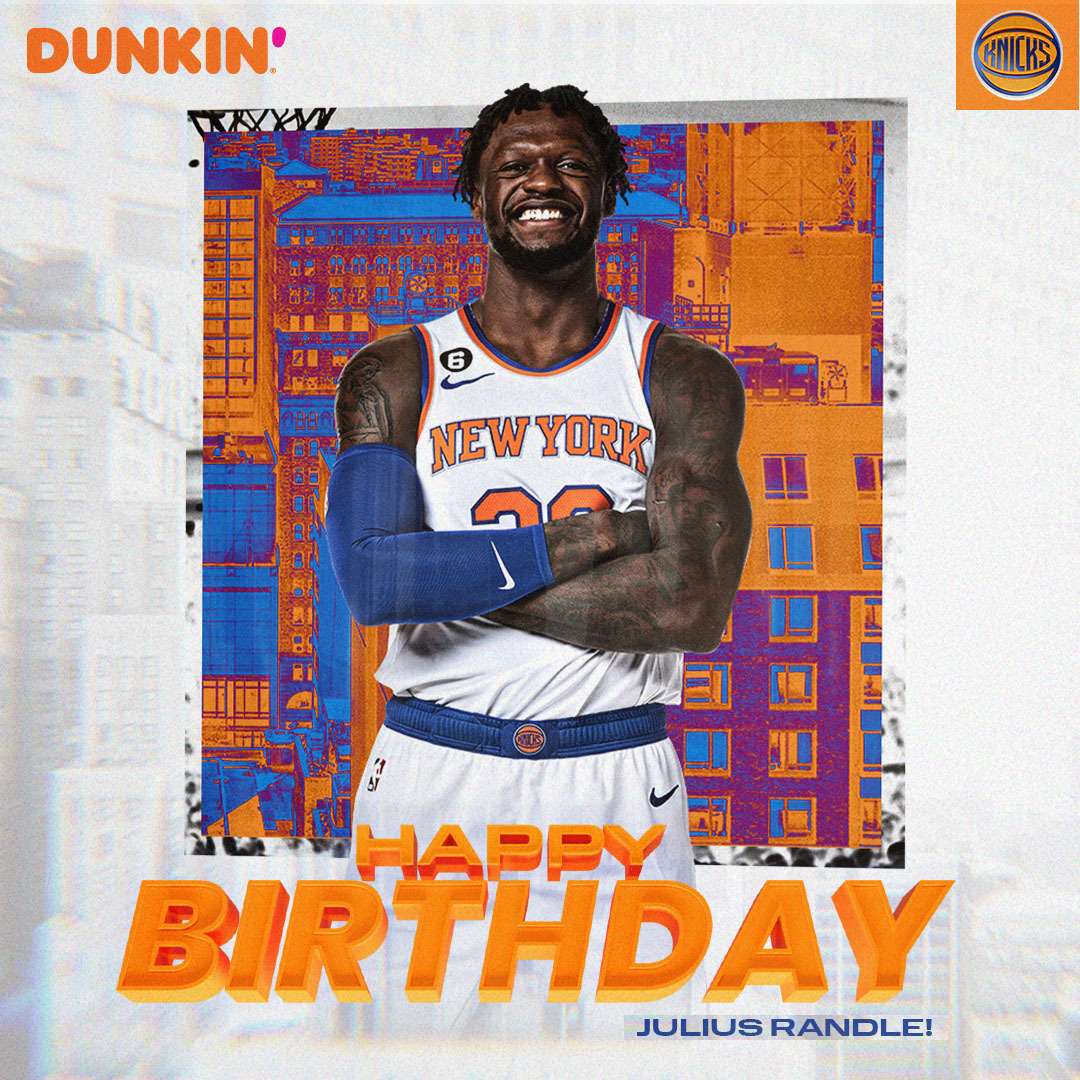 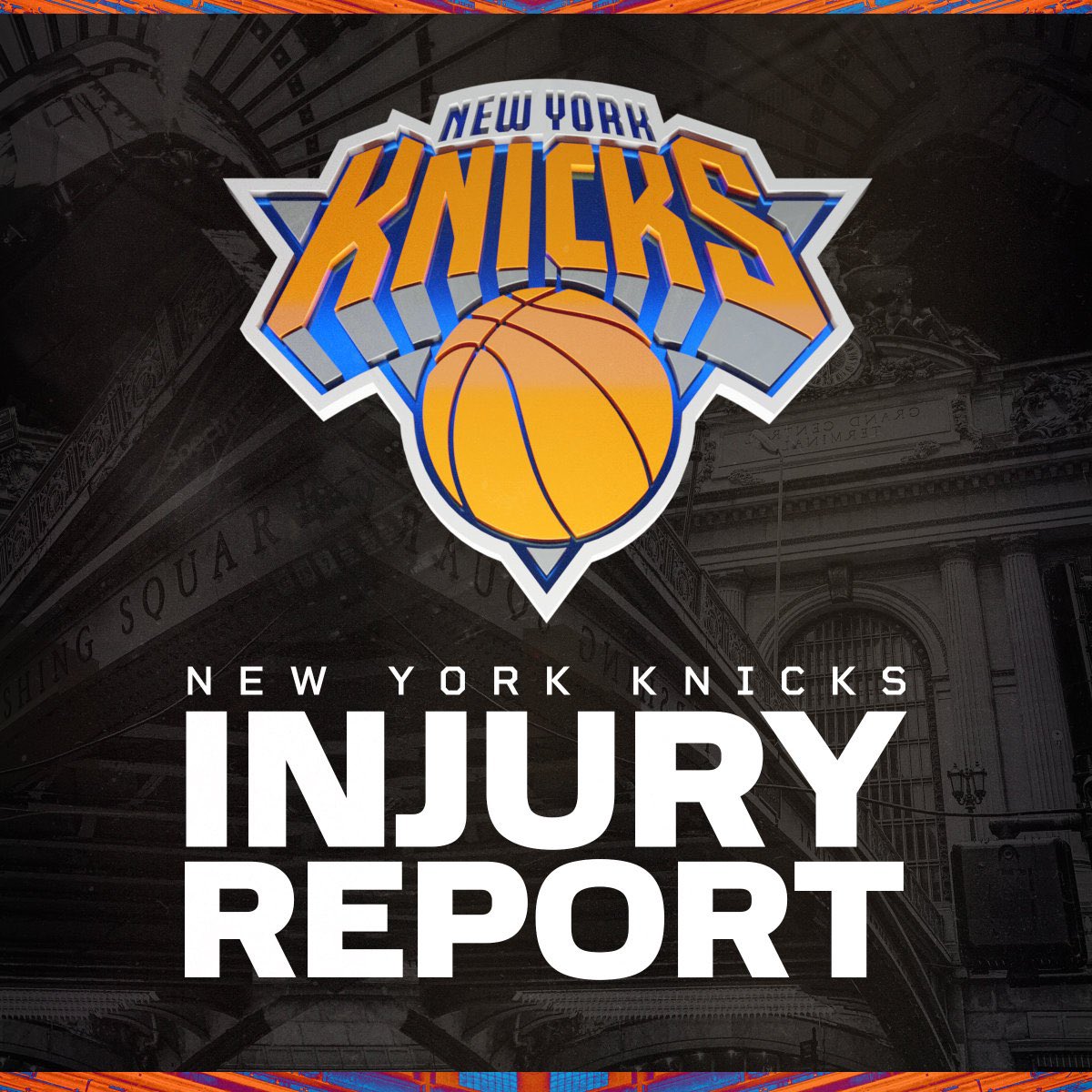 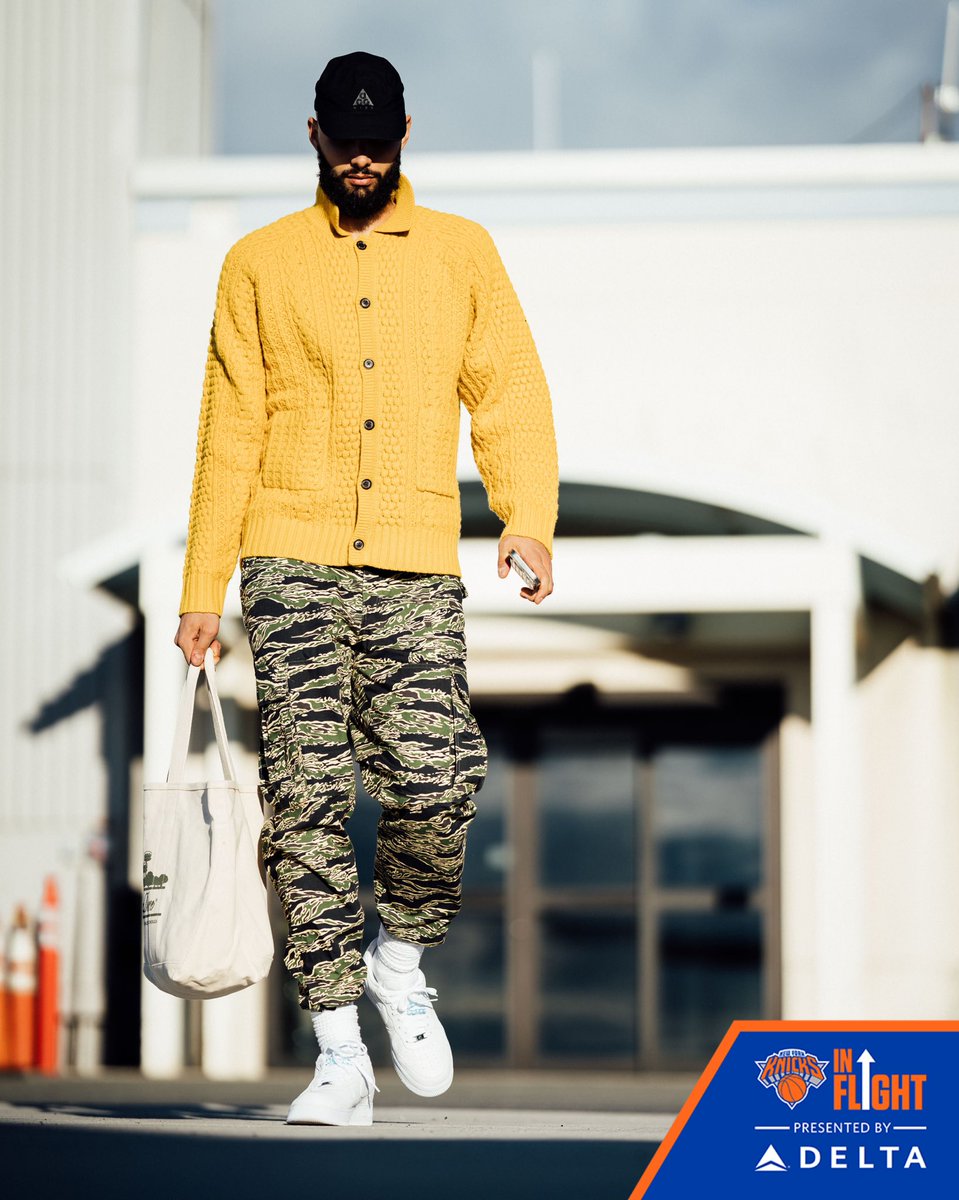 Will RJ Barrett Live Up To The Hype?

RJ Barrett entered the 2018-19 NCAA season as the top recruit. An 18-year-old Canadian, Barrett made headlines after demolishing the U.S. in an international matchup for the U-18 teams. Barrett certainly had a solid single season with Duke, although Zion Williamson stole most of the spotlight, and led the ACC in scoring.

Barrett was selected third overall in the 2019 draft by the Knicks after New York failed to win the lottery despite being tied for the best odds.

In spite of all of this, Barrett had an encouraging first season with a few hiccups but overall looked like a player who can be a premier playmaker with great rebounding sense as a guard. He's a slasher who has trouble with the long ball (although not too bad at 32 percent for the rookie), and can set up his teammates nicely along with breaking out the occasional post up given his size.

Much of Barrett's development will depend on whether the Knicks can provide floor-spacers and 3-ball threats in the near future or not. Additionally, they will have to decide if he belongs more as a ball-handling small forward with two or three guards in the lineup with him, or if he's a lead guard at the two spot. Either way, the Knicks need shooting around him and Mitchell Robinson.

Will The Knicks Make The Playoffs In 2021?

Well, that's the question asked for the last seven years. The Knicks last reached the postseason in 2013. They won 21 games (out of 66, equivalent to a 26-win normal season), so they will need considerable reinforcements to reach the playoffs in 2021.

In the grand scheme of things, they probably will not make the playoffs unless RJ Barrett and Mitchell Robinson take giant leaps in 2020-21 and the team scores a major trade for a star.

Did The Knicks Make The Correct Decision Drafting Obi Toppin 8th Overall In 2020?

The Knicks used their eighth overall pick on 6-foot-9 power forward Obi Toppin, who himself had a tremendous campaign with the Dayton Flyers last season. As a sophomore, Toppin averaged 20.0 points (on 63.3 percent shooting), 7.5 rebounds, 2.2 assists, 1.0 steals, and 1.2 blocks, while also connecting on 1.0 triples on a 39.0-percent clip.

There's no denying that the 22-year-old, who also happens to be a native of Ossining, New York, has superstar potential, and if all goes according to plan, he could actually emerge as one of the biggest steals of the 2020 draft class. In Toppin, the Knicks have added another key piece to their young and very promising core of Mitchell Robinson, RJ Barrett, and Kevin Knox.

One aspect that cannot be disregarded, however, is how the Knicks drafted Toppin -- another power forward -- with Julius Randle still in the mix. Randle was one of their best players last season, and with the 26-year-old entering the final year of his deal, the addition of Toppin casts a bit of a shadow on Randle's future in New York while also creating a logjam in the short term.

Do The Knicks Have A Chance To Sign Giannis Antetokounmpo In 2021?

Before anything else, this question falls under one huge premise -- that Giannis Antetokounmpo does not sign a supermax extension with the Milwaukee Bucks in the offseason. The reigning back-to-back MVP has already indicated in the past that he intends to stay on with the Bucks, but if for some reason he decides to become a free agent in the summer of 2021, teams are literally going to be lining up to sign Giannis.

Should this be the case, the Knicks should be in a good position to snag the services of Antetokounmpo. Clearly, New York is not a very good team right now, but what they will be banking on is their name. The Knicks still remain to be one of the biggest franchises in all of sport, and Madison Square Garden is still the mecca of sports. New York is in dire need of a savior, and if they somehow entice Antetokounmpo to buy in to what they're trying to sell, he might just be the man for the Knicks.

How Much Are The Knicks Worth?

The Knicks were again listed as the most valuable NBA franchise earlier this year at $5 billion by Forbes.

Much of the Knicks' value derives from the media market capital of the world, New York, along with the prestigious location at Madison Square Garden.

Who Owns The Knicks?

The Knicks are owned by The Madison Square Garden Company, with executive chairman James Dolan acting as the governor (owner). The public company owns the Knicks and Rangers, along with the building after which it is named. (Previously, Cablevision owned the Knicks before turning The MSG Company into a singular entity to manage the building and professional teams.)

Dolan has primarily owned and operated both Knicks and Rangers when his father, Charles Dolan, passed him the reins to Cablevision in 1999. Before that, Viacom bought the team, soon afterwards selling the MSG properties to Cablevision.

Before that, Gulf and Western Industries (later known as Paramount) owned the Knicks for nearly two decades. They purchased the team from the original Madison Square Garden Corporation in 1977.

Who is The Knicks Head Coach?

The Knicks hired former Coach of the Year Tom Thibodeau in July 2020. Thibodeau, a former assistant under Jeff Van Gundy in the 1990's and early aughts, joins the franchise after his ex-agent at CAA Leon Rose was brought on board in March earlier in the year as team president.

The Knicks were previously coached by David Fizdale, who was hired in May 2018 and fired less than halfway through his second season with the franchise and replaced with interim head coach Mike Miller.

Who Are The Knicks’ Assistant Coaches?

Additionally, former Thibodeau acolytes at his last stops in Minnesota and Chicago joined the Knicks in Aug. 2002: Daisuke Yoshimoto and Andy Greer.

Lastly, the Knicks hired former head coach Mike Woodson to join Thibodeau's bench in August. Woodson coached the team in 2012-14 and was the last coach to lead New York in the playoffs in 2013.

Who Are The Best Knicks Coaches Of All Time?

There are a few options for "best" Knicks coach of all time. The winningest coach in history would be Pat Riley, who led the team for four seasons before bouncing to Miami and becoming a villain there. Riley coached the Knicks to their 1994 Finals appearance, a heartbreaking loss in seven games. His understudy, Jeff Van Gundy, owns the second-best winning percentage in franchise history, reaching the playoffs six times.

An early great coach for the Knicks was Joe Lapchick, who left nearby St. John's for the professional club and led New York to three straight championship appearances (all losses) in the '50s. Lapchick spent nine years with the club.

The greatest of all time has to be Red Holzman, though—the only championship coach in Knicks history. Holzman, a disciplinarian, coached the Knicks for 14 years, earning nine postseason berths, and reached the Finals three times in a four-year span, winning twice against the Los Angeles Lakers.

Who Are The Top 5 Knicks Players Of All Time?

The Knicks had several names on the NBA's then-iconic "50 Greatest Players" in history list in 1996, commemorating the 50th anniversary of the league. Some of those names are deserving as the top five Knicks, too, like Patrick Ewing, Walt Frazier, and Willis Reed.

Rounding out the top five are two inclusions from recent past to way back in time. Carmelo Anthony never took the Knicks past the second round of the playoffs (not entirely his fault) and he was a seven-time All-Star—for every season in was in New York. Lastly, let's include Harry "The Horse" Gallatin, a fixture of the early Knicks, a seven-time All-Star and Hall of Famer who led the Knicks to three straight Finals appearances in the '50s.

Who Are Knicks Legends?

Other old-school names include Gallatin, Carl Braun, Richie Guerin, and Dick McGuire (the latter of whom has his No. 15 jersey retired alongside Monroe's).

Bernard King and Micheal Ray Richardson were two fantastic players from the early 1980's with which Knicks fans should be familiar, and the 1990's produced household names like Charles Oakley, John Starks, and of course Ewing. The best players of the early 2000's for New York included Allan Houston, Larry Johnson, and Latrell Sprewell.