The Pittsburgh Steelers’ woes on offense was the theme of their Week 3 road loss to the Cleveland Browns.

As was the case in the Steelers’ Week 2 home defeat to the New England Patriots, the Mitchell Trubisky-led offense failed to get in a groove against the Browns. Trubisky anchored three scoring drives and overall, the offense converted just one third down on the day.

There has been much outside talk that Steelers head coach Mike Tomlin should make a change at the quarterback position after three games in the 2022 season. Tomlin shut down such discussion following the contest, and for Chase Claypool, he is backing the sixth-year passer.

“My confidence in him has always been at its highest,” Claypool said after the game. “He threw a ball downfield, and he was putting the ball where it needed to be.

“I do not remember a time when he made an inaccurate pass. So, he did his job.”

Trubisky completed 62.5 percent of his throws and also posted an 81.1 passer rating against Cleveland. He made a notable attempt to get Claypool heavily involved in the passing game, but he ended up connecting with the wideout on 50 percent of his targets to him.

The Steelers will now turn their attention to a home matchup against the New York Jets in Week 4. There sure will be plenty of time from now until the game for Trubisky and the offense to simply evaluate where it has gone wrong over the early stages of the campaign. 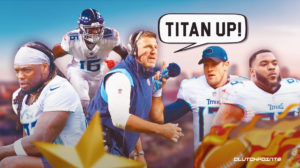