Robert Sarver and the Phoenix Suns issued a series of statements on Tuesday after the NBA’s investigation into his alleged workplace misconduct concluded with the embattled owner being suspended for one year and fined $10 million.

Suns Legacy Partners, the sports and entertainment group that manages and operates the Suns and WNBA’s Phoenix Mercury, stressed it is “committed to creating a safe, respectful, and inclusive work environment that is free of discrimination and harassment,” also making sure to note that most of the findings in the NBA’s investigation focused on “historical matters that have been addressed in recent years.”

Sarver, meanwhile, issued his own personal statement apologizing and taking full responsibility for his actions. He also expressed disagreement with “some of the particulars” unearthed in the league’s investigation.

Sarver’s representation came out with a separate statement reiterating that the NBA’s probe “confirmed” none of his transgressions were “based on racist, prejudiced, or misogynistic intent,” also refuting several of the accusations made against him in ESPN’s initial reporting on the matter from last November.

How the league and its investigators determined that Sarver’s repeated use of the N-word and sexist remarks, among many other findings of deplorable workplace misconduct, didn’t stem from real prejudice existing within him is anyone’s guess.

As specified by NBC Sports Bay Area reporter Kerith Burke, the NBA’s report even found an instance in which Sarver told team employees, including a Black coach, that he “hate[s] diversity.”

“Mr. Sarver informed the investigators of his personal and professional efforts to promote diversity, equity and inclusion.” pic.twitter.com/4YCMkNx6By

Sarver deserves more punishment than the league levied against him. He’s simply unfit to be in a position of power, especially as an owner in professional sports leagues like the NBA and WNBA that are dominated by Black players and pride themselves on championing diversity and inclusion not just internally, but nation and worldwide.

At least Sarver will be forced from basketball’s public eye for a calendar year. Here’s hoping the Suns and Mercury have a new owner by the time his too-short suspension is finished. 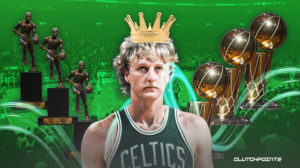