Stephen Curry of the Golden State Warriors posted a photo of his reaction to the first half of the Super Bowl LIII duel between the New England Patriots and the Los Angeles Rams.

Via his Instagram story, Curry posted a photo of himself, apparently sleeping and bored along with his brother-in-law Damion Lee. To recall, the first half ended with the Patriots leading 3-0. Only a field goal was allowed and neither team scored a touchdown. 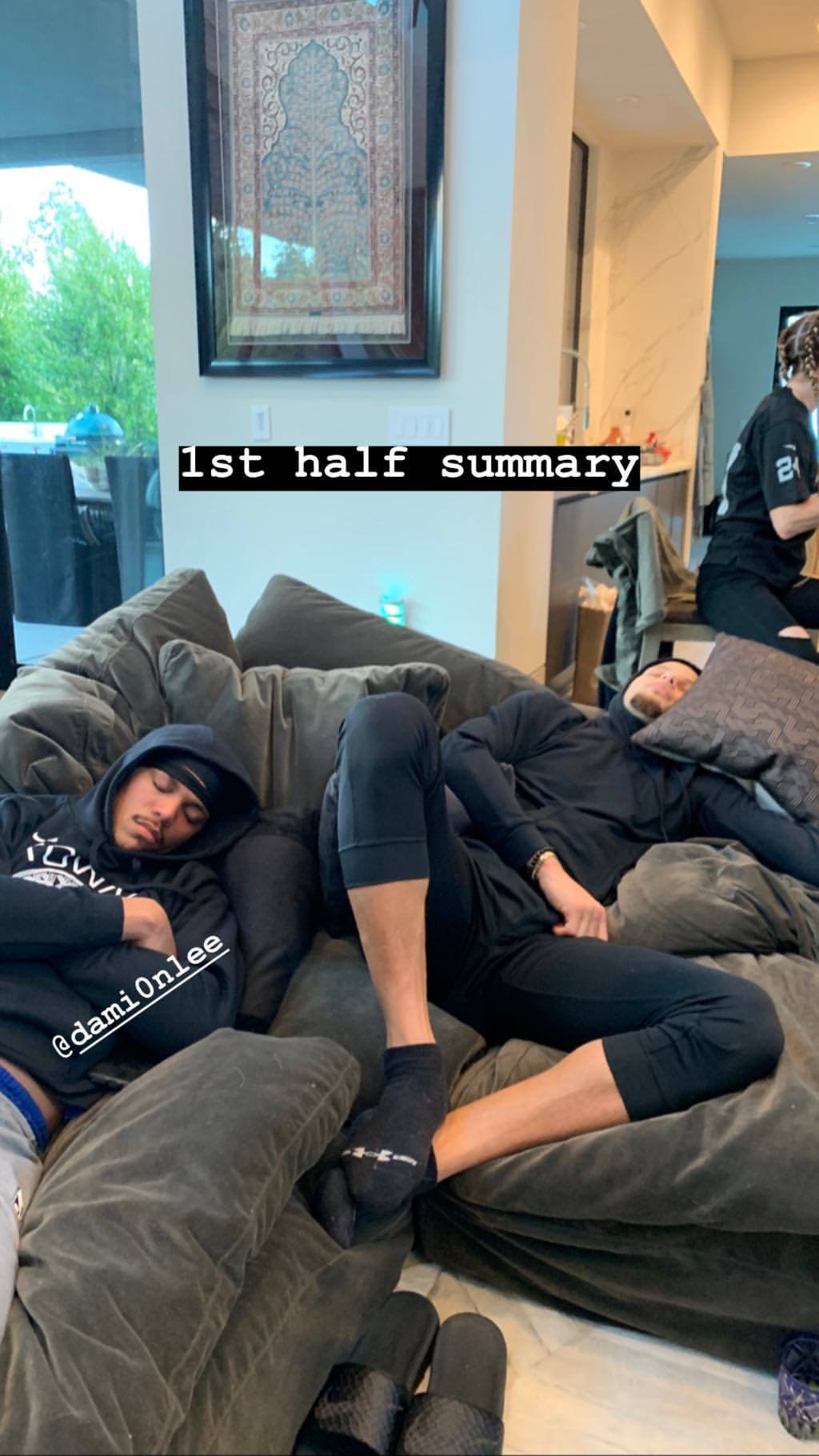 Curry’s reaction might just be everyone’s, too. The Super Bowl is one of the biggest events in all of sports entertainment. Diehard and casual fans expect nothing but an exciting match.

But their expectations were met by a “boring” game. Tom Brady, regarded as the greatest of all time, had a relatively average game. While he did win his sixth Super Bowl ring, fans, just like Curry, seemed to want something more. Perhaps a clutch performance? A nail-biter of a game until the final buzzer? Or maybe even an upset? Or maybe just a game with a load of touchdowns?

Be as it may, Super Bowl LIII will go down in history as a Patriots win. Boring or not, it will certainly have its unique place in sports history.

Nets’ Kevin Durant returning at 80% would be like Dirk Nowitzki, Spencer Dinwiddie claims

Warriors’ Stephen Curry pissed off at the murder of George Floyd

The Untold Story Of Delonte West