The global success of esports as a whole has affected people from different walks of life. Several of the world’s best esports professionals consistently receive praise from their undying fans. However, there has been an oft-overlooked group of esports pros that deserve just as much recognition as the Fakers and the N0tails of the world. It’s time to look at five of the absolute best female esports stars in the world.

Ricki Ortiz is a fighting game legend that has no need for aliases.  She has sometimes played under the monicker “HelloKittyRicki” but she’s is still best known just by her name. Ricki is respected in the fighting game community because of her boundless experience with fighting games.

Like many other fight game professionals, Ricki Ortiz has had a wealth of stints competing in various titles in the genre. The fighting game star prefers games from the Marvel vs. Capcom franchise but she isn’t afraid to bring the beat down in other titles. She has been most successful competing in Street Fighter V where she has taken home around $64,000 in prize money. Ricki Ortiz’s most successful outing was a second-place finish in the Capcom Cup 2016 tournament. Currently, Ortiz fights under the Evil Geniuses banner.

Rumay “Hafu” Wang takes the fourth spot on our top five list. Hafu is better known as a Twitch streamer and YouTuber but she has ample esports experience. The streamer has competed in Hearthstone, World of WarCraft, and most recently, Teamfight Tactics.

Hafu competes mostly in digital collectible card games or auto battler games. Most of the content on Hafu’s Twitch and YouTube channels also focuses on her solo queue adventures in her preferred game genres. She has enjoyed moderate success across a wide number of titles. Hafu has been most successful in Hearthstone and Teamfight Tactics.

The streamer-turned-esports professional has accumulated over $31,000 in prize winnings in Teamfight Tactics alone. That’s a respectable showing from such a young esports title. Hafu currently fights under the G2 Esports banner.

The next entrant in the list was the previous holder of the highest-earning female gamer record. Katherine “Mystik” Gunn is best known as a Halo: Reach professional player. In addition, she has had some success in other titles as well. Mystik shot to the top of the female esports professionals list after her amazing victory in the WCG Ultimate Gamer Season 2 tournament back in 2010.

Mystik earned a massive $100,000 cash prize after securing the WCG championship.  It remains her grandest esports achievement to this day. Regardless of her proficiency and skill with FPS games such as Halo: Reach, Mystik has seen success in fighting games as well. Mystik earned a combined $22,000 from Dead or Alive 4 tournaments. She currently streams almost daily on Twitch and has cosplayed in the past.

The second-ranked female esports pro is the latest to make it to the top of the list. Li “Liooon” Xiaomeng made history in 2019 by winning the Hearthstone Grandmasters 2019 – Global Finals. Liooon is the first woman to ever win a BlizzCon Global Championship. Liooon took home a whopping $200,000 cash prize after a devastating 3-0 victory over US-based opponent Briant “bloodyface” Eason.

Liooon is a relative newcomer to the esports scene. Unfortunately, she has been subjected harsh discrimination in the past due to her gender. She has since spoken out in support of girls around the world hoping to be successful in professional gaming. The Hearthstone star currently plays for the team, VK. 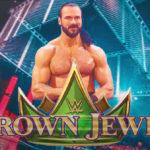 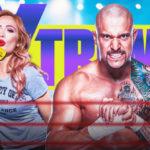 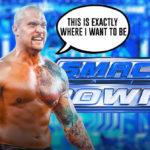 WWE’s Karrion Kross bet on himself and won

The world’s best female esports pro hails from one of the oldest institutions in the industry. The StarCraft franchise has birthed numerous legends in esports and Sasha “Scarlett” Hostyn is one of the latest to join the ranks. Scarlett is the first woman to win a major StarCraft II tournament.

In spite of having taken a break from competitive SC2, Scarlett returned to score the championship in the Intel Extreme Masters tournament in Pyeongchang, South Korea. Collectively, Scarlett has taken home over $380,000 in SC 2 prize money alone. Additionally, Scarlett competed in StarCraft: Brood War in the past but saw little success. Currently, Scarlett is without a professional team after having parted ways with Brave Star Gaming earlier this week.

These five successful professionals are but a brief glimpse into the world of female gamers. They serve as a signal beacon to girls around the world hoping to make it big in their favorite titles. It might not be long before we finally see female pros headlining fully-packed arenas as well. These women at the top of their respective titles contribute just as much to the growth of the esports industry as a whole.