The Minnesota Timberwolves reportedly turned down a proposed trade from the Miami Heat which included three-and-D specialist Josh Richardson, center Kelly Olynyk and a protected first-round pick for Jimmy Butler, according to Gery Woelfel of the Racine Journal Times.

This news comes only hours after Heat president Pat Riley told his players he would “pull the plug” in conversations for Butler, though we don’t know if this potential trade offer came before or after Riley’s comments.

This reported offer is what the Timberwolves were expected to want from the get-go, along with taking the bloated contract of forward Gorgui Dieng. No other team besides the Heat has been involved in serious conversations for Butler, making this a war of attrition that has lasted for nearly a month since Butler first requested a trade.

Prior to this, the Heat’s front office offered Richardson along with Dion Waiters as a cap filler and a protected first-rounder, a deal which the Timberwolves were close to doing, but ultimately backed out after president/head coach Tom Thibodeau asked for further compensation in the deal, causing talks to stall once again. 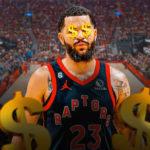 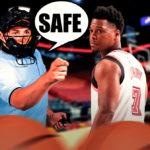 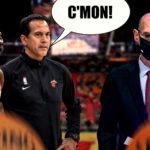 Thibodeau is likely hoping Butler’s price will shoot up as the regular season goes on, now that he’s back in uniform and embarking in his second season with the team. The strategy could be a wise one, or a huge misfire, as teams are unlikely to be so desperate to give much more than what the Heat has been offering in efforts to make a deal happen.

Butler has expressed his intent of leaving the Twin Cities as a free agent next summer, which could potentially put the Wolves at risk of losing him for nothing.