Remember that Jordan Bell incident in 2019 when he got suspended for charging items on the credit card of assistant coach Mike Brown? Well, former Golden State Warriors center Andrew Bogut has the inside scoop.

Bogut revealed in a recent guesting at KNBR’s “Tolbert, Krueger & Brooks” (via NBC Sports) that the incident was quite messier than it appeared. He said the entire fiasco even involved a CCTV footage review and Bell trying to pass it off as a prank.

“It got bad man. So they got CCTV footage because Mike’s like, ‘I’m not paying for this, there’s no chance in hell.’ So they get the CCTV footage, and you see Jordan Bell walking in there. And Jordan Bell’s like ‘Nah, it wasn’t me,’ and they’re like ‘We have you on camera’ and he’s like ‘Oh yeah it was, but I was just playing a prank.’”

Bogut, who won a championship with the Warriors, added Klay Thompson’s name got dragged in the controversy.

“Then he (Bell) throws (Klay Thompson) under the bus, ‘Yeah this is a prank that a bunch of us do, like Klay was always doing it to me, always signing his internet and his inter-room movies to my rooms. So I just thought it was a thing we did on the team.’ Then Klay’s sitting there like ‘Dude, what the f*** man, I have nothing to do with this.’” 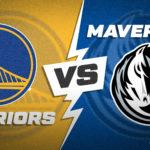 Why does it seem that Bogut always has the best stories coming out of the Warriors’ camp? If they do end up making a documentary on the team’s historic championship runs, the retired big man could make a case of producing the whole thing.

Coincidentally, that was Bell’s last season with the Warriors as he signed with the Minnesota Timberwolves the following year. He’s now signed with the Erie BayHawks in the G League.