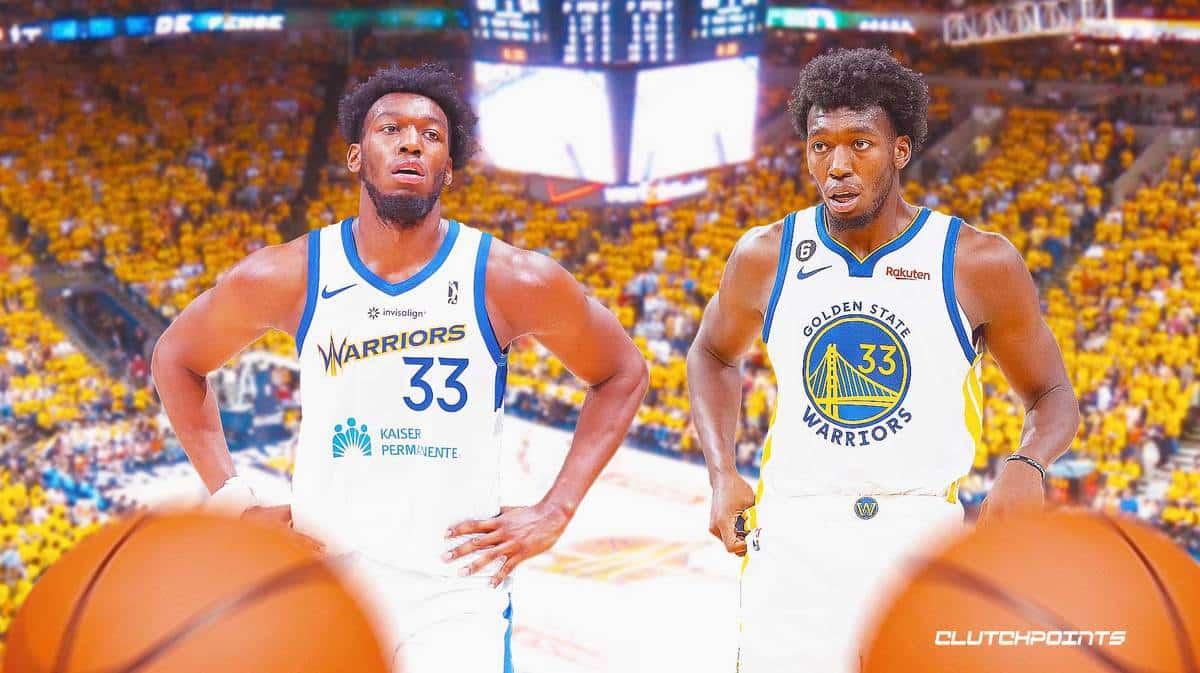 James Wiseman was back in San Francisco on Thursday for the first time since being assigned to the G-League. Just because he briefly left Santa Cruz for a Players’ Association meeting, though, hardly means the Golden State Warriors will soon be calling Wiseman back up to the NBA.

Steve Kerr touched on Wiseman’s stint with the Dubs’ G-League team after Thursday’s practice, expressing confidence in the process while reiterating there remains no timeline for his potential return to Golden State.

“James is really enjoying the process of playing minutes and getting reps. I’ve had a chance to talk to [Santa Cruz coach Seth Cooper] and watch their games, and this is all really positive stuff,” Kerr said. “That’s the whole idea, is just play, play, play and build that foundation.

“They’ve got back-to-back games in Stockton tomorrow and Saturday,” he continued, “and then we’ll kind of figure it out from there.”

Simply gaining on-court experience at the highest levels of basketball should benefit the 22-year-old, who missed all of last season with injury and played just three college games before the Warriors selected him with the No. 2 overall pick of the 2020 draft.

But his most obvious shortcoming in the early going of 2022-23 was a glaring absence of NBA defensive fundamental, an area of improvement he’s focusing on in Santa Cruz.

“We’re just talking about basic coverages and getting reps in pick-and-roll, weak-side help, boxing out, all the basic stuff that he just needs to see and feel over and over again,” Kerr said. “The opportunity that he’s getting is just to put those reps on top of each other, to keep stacking them, which all young players need. So it’s all been very healthy and productive.”

Wiseman was sent to the G-League on November 15th after falling out of Golden State’s regular rotation for an extended period. He began the season as the defending champions’ backup center, part of reserve units that struggled mightily on both sides of the ball—a driving force behind the Warriors’ 3-7 start.

It’s no coincidence that Golden State has begun turning its season around almost immediately upon Wiseman’s G-League assignment.

The Warriors held a pivotal players-only meeting on November 18th, and Kerr tweaked the rotation days later to give Draymond Green and Andrew Wiggins more playing time with reserves, finally stabilizing one of the league’s most destructive second units.

Golden State just doesn’t have a role for Wiseman right now. Even if one was available, it’s not like Wiseman’s done much in the G-League to give the coaching staff confidence he’d fill it successfully.

Expect him to stay in Santa Cruz for at least a couple more weeks. No matter when James Wiseman comes back to the Bay, he seems bound to spend the season’s remainder as a deep reserve on the Warriors’ quest for back-to-back titles.