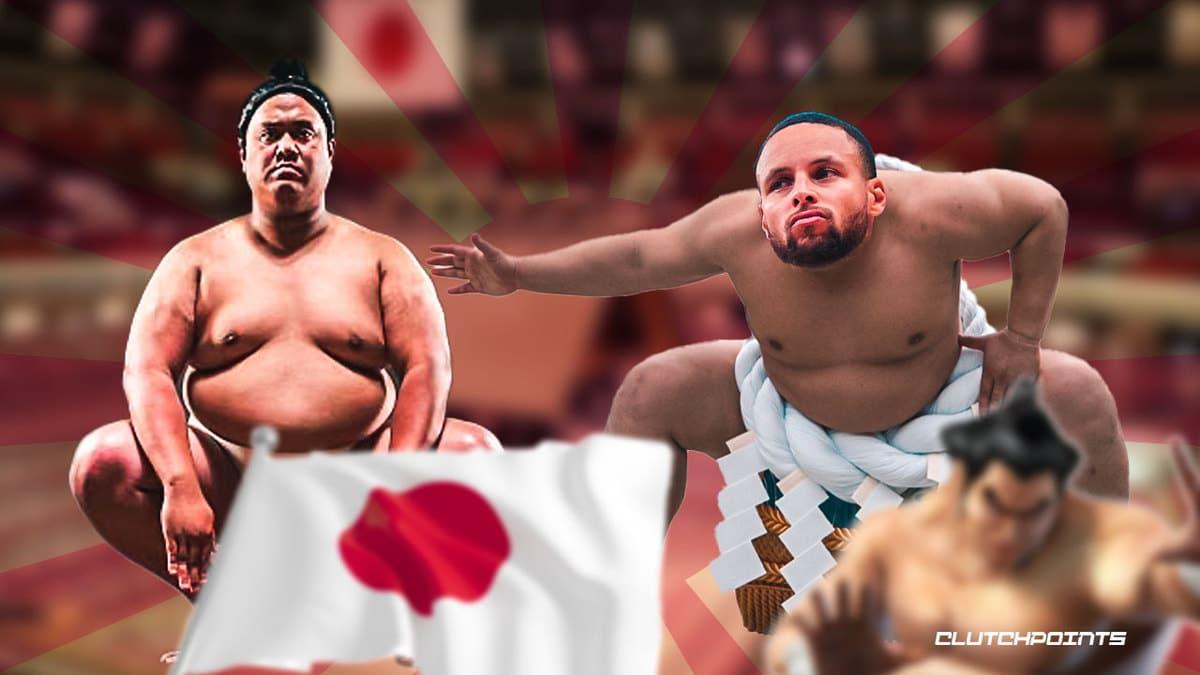 The Golden State Warriors are on top of the basketball world yet again after claiming their fourth title over the past decade with a triumph over the Boston Celtics in the 2022 NBA Finals. Stephen Curry finally silenced the critics who jeered for not having won a Finals MVP (those are silly criticisms, by the way) and he cemented himself as one of the best point guards the league has ever seen.

In fact, Stephen Curry has nothing new left to achieve in his career, so much so that he might try his luck at being a sumo wrestler once his basketball career is over, just for good measure. But that might not be the best idea.

During the Warriors’ preseason tour in Japan, Stephen Curry and the Warriors made sure to immerse themselves in Japanese culture, with Curry, the 6’3, 185 pound guard, attempting to move pro sumo wrestler Hakuho Sho.

However, Curry couldn’t even nudge him a mere inch.

Stephen Curry can do it all. pic.twitter.com/4nhgw4PJGM

Hakuho Sho was in casual wear and yet his low center of gravity proved to be too difficult for Stephen Curry, who even yelled his lungs out, to overcome. The best part is that the professional sumo wrestler is already retired, making his physical stature more of a marvel to Curry, who knew that even if he was given all day, he wouldn’t be able to move Sho.

“That’s all I got,” Curry said as he laughed and embraced with the esteemed sumo wrestler.

It’s funny to think about how Stephen Curry could perform given time to train in the art of sumo wrestling. One thing’s for sure, the drive and determination he’s had for all his career as seen in his mastery of the little things that made him so successful on the court means that Curry could achieve everything he sets his mind to.

While the Warriors played the last game of the previous season, they were still scheduled to open the upcoming campaign with a preseason tilt in Japan against the Washington Wizards on Friday, September 30, at 6 AM ET. It’s expected that Stephen Curry will play some minutes so he could dazzle the crowd at the Saitama Super Arena, but surely his involvement will be limited. Nonetheless, it’ll be a treat to finally see Curry again in his natural habitat – on the court and splashing home triples.