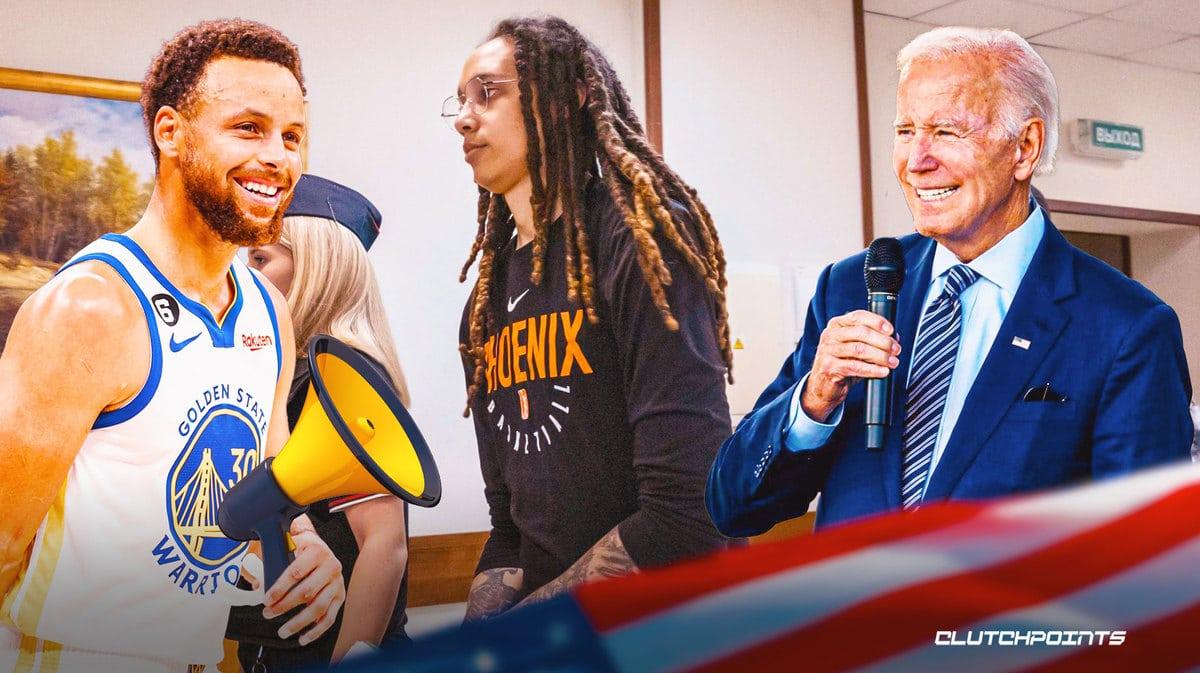 Golden State Warriors point guard Stephen Curry was among the hundreds of pro athletes who used their voices to try and help bring Brittney Griner home.

With the news that the U.S. government was able to negotiate her return, Curry was clearly relieved to see it happen when asked about the matter at the Sports Illustrated Awards.

“It is amazing that Brittney’s home. It’s obviously too long of a process to get her back from being unlawfully and unrightly detained in Russia. I think one, shoutout to President Biden and his administration. All of the athletes, activists, people who used their platform to speak on her behalf,” Stephen Curry said.

He also shined the spotlight on other remaining Americans still detained in Russia and in other parts of the world with the hope that Brittney Griner’s return can help keep the pressure and conversation going for all the rest.

“I know there’s a conversation now of this hopefully leading to protecting and speaking on other American citizens that are still wrongfully detained overseas and knowing there’s a lot of families in a similar predicament. But this is great news that Brittney’s home and excited to see her get back to her family,” Curry added.

“Shoutout to President Biden and his administration, and all the athletes, activists, people who used their platform to speak on her behalf.”

Stephen Curry (@StephenCurry30) shared his thoughts about Brittney Griner’s release from Russia ahead of the #SIAwardspic.twitter.com/23sUHB3XK4

Brittney Griner was arrested back in February of 2022 over vape cartridges found in her luggage that contained minimal traces of hash oil, which is deemed illegal in Russia. She’s been detained ever since and was even moved to a penal colony last month before finally tasting freedom in early December.