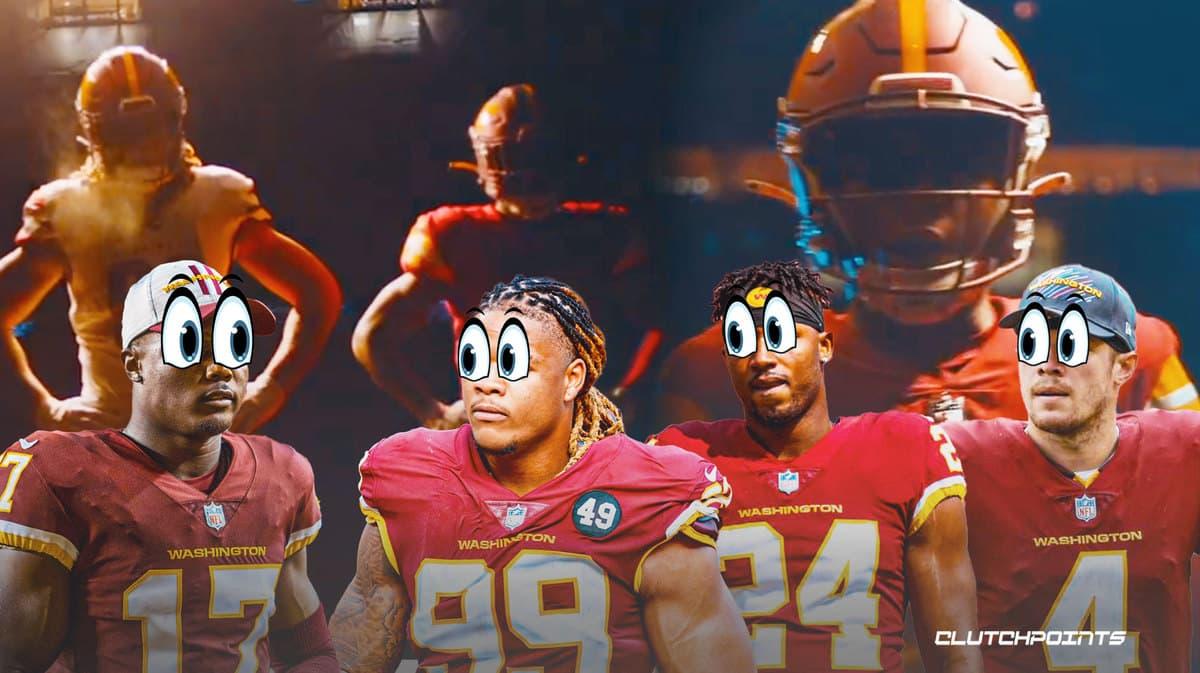 The Washington Football Team is officially no more.

Of course, the new Washington Commanders name wasn’t exactly a secret by the time the franchise unveiled the rebrand on Wednesday morning. Joe Theismann dropped the scoop in passing during a recent media interview, and intrepid investigators spotted the name at FedExField in the run-up to the announcement.

Now the cat is officially out of the bag:

One legacy. One unified future.

We are the Washington Commanders #TakeCommandpic.twitter.com/Eav9NOV5Mm

The future of Washington football is here #TakeCommandpic.twitter.com/MwkCLTkVAA

Washington owner Daniel Snyder released this statement via the team’s website on the new name:

“As an organization, we are excited to rally and rise together as one under our new identity while paying homage to our local roots and what it means to represent the nation’s capital,” said Snyder. “As we kick-off our 90th season, it is important for our organization and fans to pay tribute to our past traditions, history, legacy and the greats that came before us. We continue to honor and represent the Burgundy & Gold while forging a pathway to a new era in Washington. Today may mark the first day for the Washington Commanders, but we are and always will be Washington.”

Washington had been the Redskins for 83 seasons before the name was dropped in 2020 because of its racism. The franchise played as the Washington Football Team for two seasons as they spent extended time deciding on a new name, holding focus groups and receiving a number of submissions from fans.

The decision was ultimately made to go with Commanders, and now the embattled franchise will hope to find more success moving forward after also dealing with a major sexual misconduct scandal involving Dan Snyder.