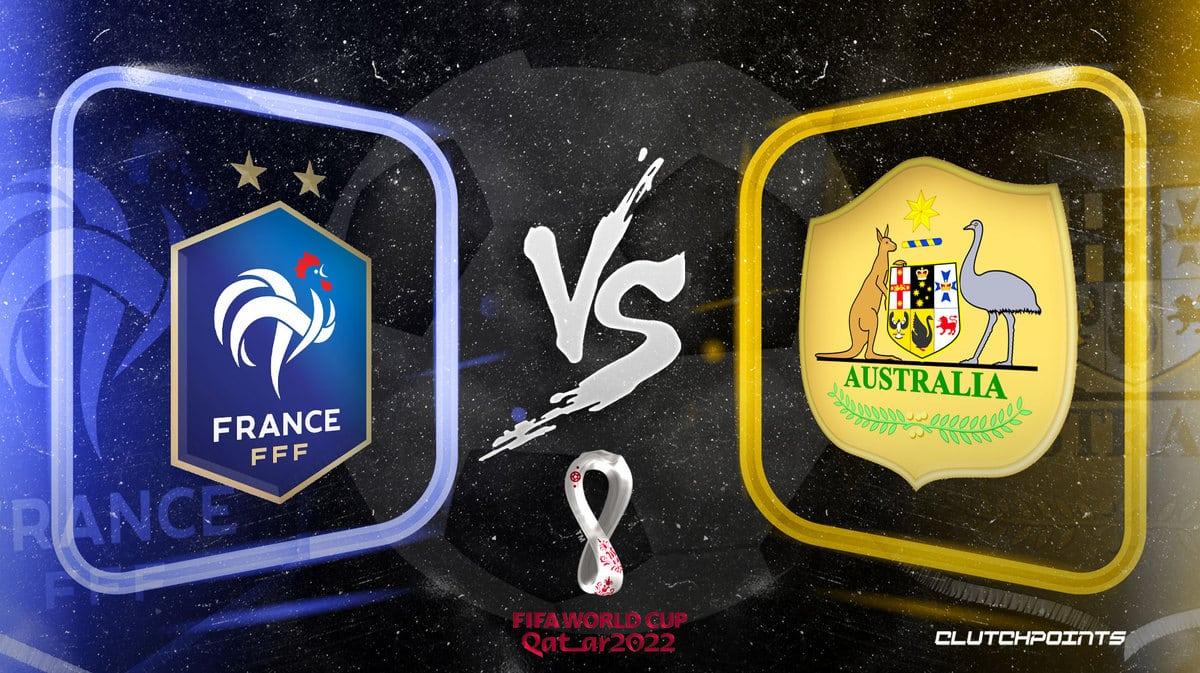 The undisputed World Cup champion French national team will kick off their title defense with a battle against Australia. It’s time for our World Cup odds series with a France-Australia prediction and pick.

The French national team will kick off their title defense, hoping to become the third team to win back-to-back World Cup titles. However, they will attempt it without three of their top players. The French squad was already without Nigolo Kante and Paul Pogba. They will also be without Karim Benzema, who suffered an injury setback during training.

The French also hope to avoid repeating history. Significantly, they won the World Cup in 1998 and then fell in the group stage in 2002. France must avoid any further setbacks and do its best to garner points.

Australia is their opponent and a team no one expects to accomplish much of anything. Consequently, they have two wins over five World Cup appearances, with their last victory coming in the 2010 FIFA World Cup. It will be challenging to gain points, especially against a French squad that still has the talent to beat them. Ultimately, it will be up to the schemes and how well they can control the ball.

The French defeated the Aussies 2-1 in the 2018 FIFA World Cup, edging them 2-1. Significantly, each team scored a goal on a penalty kick, so there might be some bad blood between the squads.

Here are the France-Australia World Cup odds, courtesy of FanDuel.

Why France Will Beat Australia

The French won the 2018 FIFA World Cup by executing on every level and getting the bounces. The French finished first in their group-stage competition. Then, they defeated Argentina 4-3 in the Round of 16 before dispatching Uruguay 2-0 in the Quarter-finals. France took down Belgium 1-0 in the final four before conquering Croatia 4-2 in the World Cup final. Ultimately, the 2022 squad is missing many key elements from the 2018 championship team, but many vital players remain.

France is the fourth-ranked team in the world. Didier Deschamps manages the French national team and deploys a 3-5-2 formation. Additionally, he has some talent that can make it work. Antoine Griezmann scored six goals in the qualifiers and will look to significantly impact the grand stage. Additionally, the French have some young talent that might surprise people.

Eduardo Camavinga is only 20 years old. However, he has been on fire since he moved to Real Madrid in 2021. Camavinga will look to make a statement in his first World Cup appearance. Thus, it will be intriguing to see how he does and what he accomplishes. Olivier Giroud will replace Benzema in the lineup, and it is not a bad tradeoff. Yes, he is older now. But Giroud remains one of the best players in the world and was a significant part of the championship team. Additionally, he is three goals away from passing Thierry Henry as France’s all-time scorer. So Giroud has a chance to help his country defend its title and make World Cup history.

France will beat Australia if their younger players can complement the scoring touches of Griezmann and Giroud. Moreover, the French must execute their chances and not give a heavy underdog any hope. France must avoid red cards.

Why Australia Will Beat France

The Aussies are not the most incredible squad. Currently, they are 38th in the world. But manager Graham Arnold has the experience and knowledge to help Australia pull off some shockers. Initially, he will start the tournament with a 4-2-3-1 formation. The Aussies have some talent for him to work with.

Jamie Maclaren scored seven goals in the qualifiers. He hopes to make a statement on the big stage and take down the champions. Australia also has the sting of a 2-1 loss to France from the last World Cup. Ultimately, the Socceroos must execute their chances and play better. Australia has some help for Maclaren.

Aaron Mooy could play a significant role in this World Cup. Additionally, he has gained plenty of experience over the last few years. The veteran spent time in the English Premier League before moving to Scotland to revive his career. Can he make a difference in this tournament?

Australia will beat France if they can avoid turnovers and draw penalties. Significantly, their only goal against France came on a penalty kick.

France is hurting right now. However, they still have the experience, leadership, and talent to beat an overmatched Australian team searching for their first win in 12 years.