6 fun facts heading into WWE’s Clash at the Castle 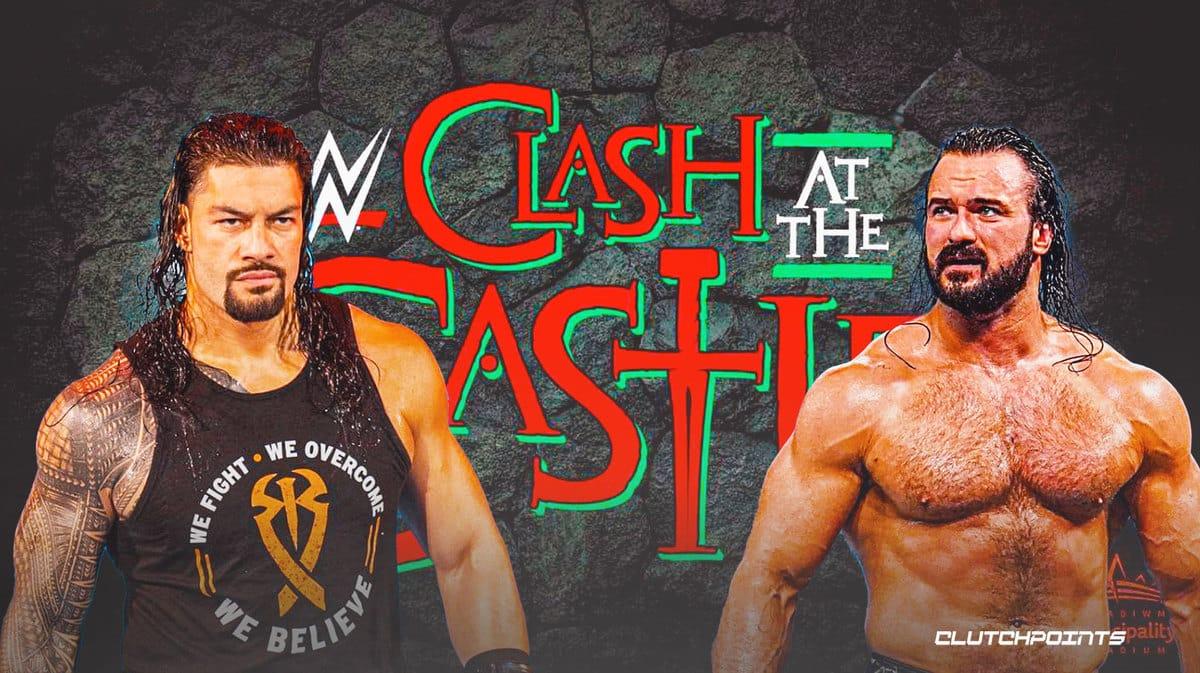 Fresh off the heels of one of the most exciting SummerSlams in recent memory, WWE is set to run its next “Premium Live Event” in Cardiff, Wales, where the stars of RAW and SmackDown will wrestle at Clash at the Castle.

Fans will finally be afforded a chance to see the trio of Dakota Kai, Iyo Sky, and Bayley work a trios match versus Bianca Belair, Asuka, and Alexa Bliss, Gunther and Sheamus will have a very United Kingdom bout, and most importantly of all, Roman Reigns will finally have his mettle tested against Drew McIntyre, the local kid made good.

Will WWE have a new Undisputed Universal WWE Heavyweight Championship? Or how about just a new Intercontinental Champion? Will Liv Morgan leave Wales with the SmackDown Women’s Championship, or will Shayna Baszler take the belt for the first time in her career? And what about Dominik Mysterio? Will he finally turn heel? Here’s one fun fact you need to know about each match.

There’s a ton of intrigue heading into WWE’s Clash at the Castle.

While much has been written about McIntyre’s return to the UK, few tend to point out that Finn Balor is also a native of the British Isles, as he was born in Ireland, where he was originally known as Fergal and/or Prince Devitt.

That’s right, before he was the founder of the Bullet Club or running the Balor Club in WWE, Balor was wrestling for NWA UK and NWA Ireland. Expect a big-time effort from the “The Prince.”

5. Return of the Matt (Riddle)

After having his first name taken away at the end of 2020 by Vince McMahon because, and his quote from Fightful Select stated, “you can’t take someone with the name “Matt” seriously”- which is objectively dumb – this will be the first match Matt Riddle will wrestle on a WWE “Premium Live Event” since WWE Payback in 2020.

Matt Riddle is ready to settle this with Seth "Freakin" Rollins once and for all THIS SATURDAY at #WWECastle!@SuperKingofBros@WWERollins#WWERawpic.twitter.com/CxYWydFBxr

4. Acknowledge Gunther’s return to the UK

Before Gunther was, well, Gunther, he was Walter, arguably the most important performer in NXT UK history and the longest-tenured holder of the NX UK Championship at an incredible 870 days.

Recall how WWE dedicated much of the go-home edition of SmackDown to Reigns’ two-year run with the Universal Championship? Well, Gunther had that number beat by well over 100 days, and even if he only had 13 title defenses over the run due to the COVID-19 pandemic, he earned a few five-star ratings from Dave Meltzer for his efforts.

Though Bayley and SKY have been a team alongside Kai since SummerSlam, the duo have yet to take the ring together as either a team or as singles competitors.

That’s right, while the duo did both take part in the Royal Rumble back in 2019, they have never wrested with or against each other over their shared runs in WWE. Fortunately, at Clash at the Castle, that will change and hopefully usher in many more matches where Bayley, SKY, and even Kai work together in the ring.

Liv Morgan has officially defended her SmackDown Women’s Championship belt once on WWE programming, where she controversially defeated Ronda Rousey at SummerSlam despite tapping out during the pin. 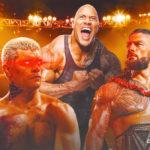 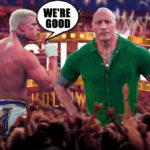 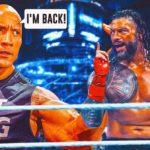 There’s still hope for The Rock vs. Roman Reigns at WrestleMania

While Morgan has defended her belt on the house show circuit against Natalya and has wrested since her big win at Money in the Bank, securing a definitive win over Baszler would go a long way in legitimizing her championship run in the lead-up to what looks like another program with Rousey.

Reigns and McIntyre have shared the ring on 102 occasions, first wrestling in a 30 Man Battle Royal for the World Heavyweight Title’s number one contendership all the way back in 2013 and work all the way through Clash at the Castle, where the duo will record match 103.

In tag team action? You bet, Reigns and New Day have taken care of The Bloodline on multiple occasions on the house show scene, but when it matters, on RAW, SmackDown, or a “Premium Live Event,” Reigns has consistently marched down to the ring, worked his butt off, and eaten the pin for a 1-2-3 loss.

Will McIntyre make it 1-29 or 0-30 at Clash at the Castle? That, friends, is the Undisputed question.