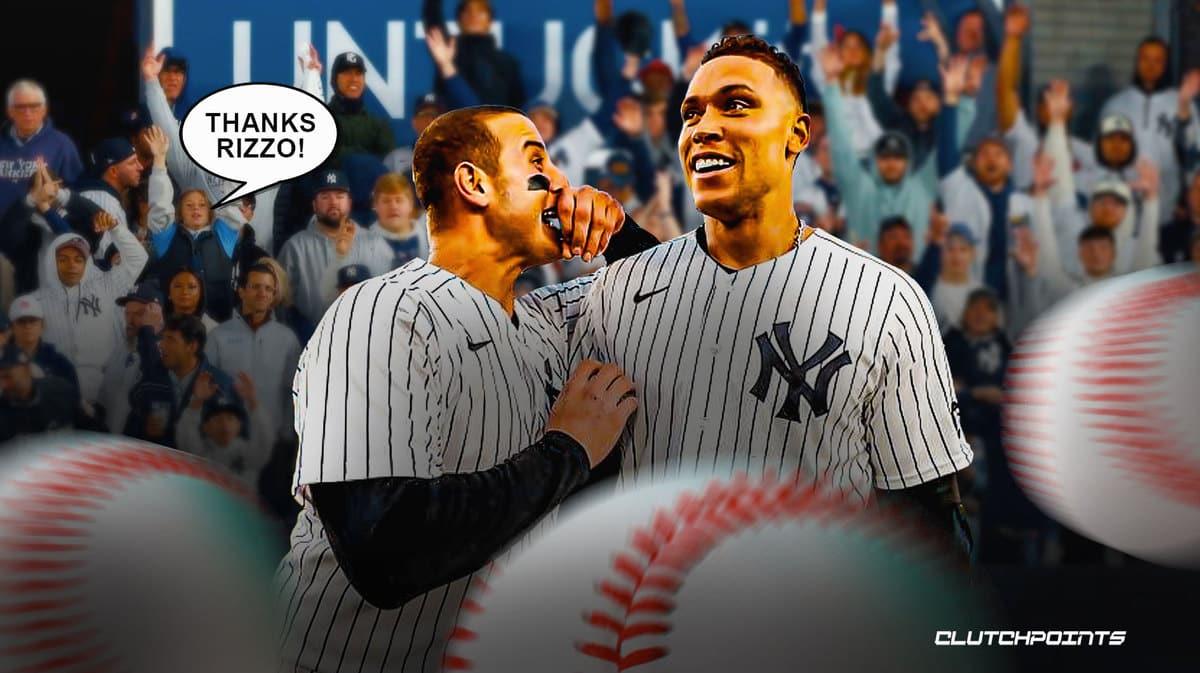 Aaron Judge revealed the pivotal role that Anthony Rizzo, who re-signed with the New York Yankees early in free agency, played in Judge’s decision to return to New York, per YES Network and The Tonight Show.

“Anthony Rizzo, he played a big part (in Judge returning to the Yankees),” Aaron Judge told Jimmy Fallon on The Tonight Show. “He was calling me everyday, he was sending me texts everyday, he was working hard.”

The Yankees came into MLB free agency fresh off the heels of an ALCS loss to the Houston Astros. They wanted to upgrade the roster, but the primary focus was on re-signing Aaron Judge.

New York kicked off free agency by re-signing Rizzo. They made other low-profile moves before ultimately bringing Judge back. Additionally, the Yankees signed SP Carlos Rodon to boost the rotation.

It should be noted that Jimmy Fallon played a role in bringing Aaron Judge back as well. The Tonight Show Host told Judge he hopes to see him back at Yankee Stadium early in the offseason.

“I am ready, yeah, for you to be in Yankee Stadium all the time… that’s the only place to see,” Fallon said.

In the end, it all worked out for the team. Aaron Judge will look to lead the Yankees to their first World Series championship since 2009 during the first season of his lucrative 9-year deal.

And Yankees fans will be sure to thank Anthony Rizzo for his effort in convincing Judge to re-sign with New York.