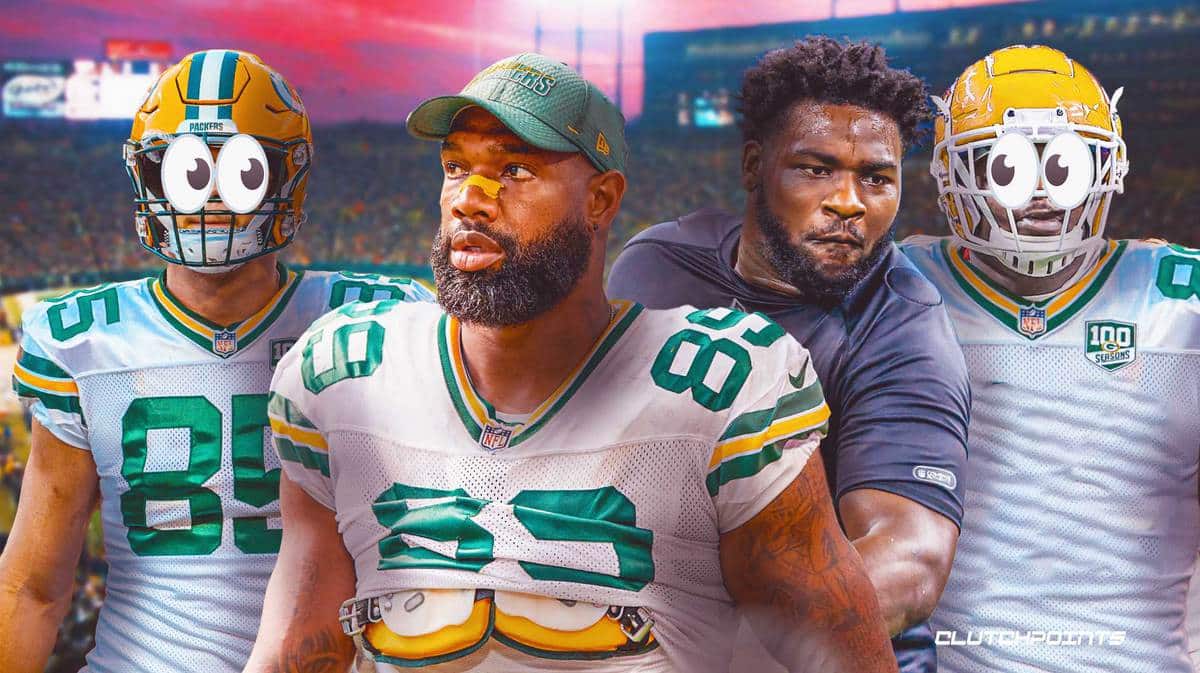 The Green Bay Packers are fresh off a heartbreaking end to the 2021 season.

After finishing with a 13-4 record and earning the no.1 seed in the NFC, the Packers fell victim to San Francisco in the second-round of the ’21 NFL Playoffs; The first playoff game for the Packers, who had a first-round bye.

In harsh weather conditions, special teams became the Achilles’ heel of Green Bay. Not only did the 49ers block Mason Crosby’s 39-yard kick, but San Francisco also blocked a punt, finishing the play in the end one for six.

The @49ers have tied it! #NFLPlayoffs #FTTB

To make matters worse for the Packers, the team was forced to deal first-team All-Pro wideout Davante Adams. You can bet such a move will impact their game plan in 2022, too.

Not everything is so bad in Green Bay, though. The Packers were able to get two standout Georgia defenders in the first-round of the 2022 NFL Draft, and traded up to get OSU stud Garrett Wilson to get Aaron Rodgers a new weapon.

Green Bay has some great talent behind the first-team unit as well, with some players even threatening to rise to a starting role. With that in mind, we’ll be discussing 2 players who are in danger of losing their starting job, and which Packers are ready to steal that job.

Packers ‘ first-stringers in danger of losing starting jobs in 2022

Now entering his seventeenth-season in the NFL, Mercedes Lewis is as seasoned as they come.

At this age, Lewis isn’t threatening to take the starting tight end job because he’s an electrifying player, but rather because he’s reliable. The veteran sticks to what he’s good at, and doesn’t miss much time. In fact, since joining the Packers, Lewis has only missed 1 contest through his four-years with the team.

Robert Tonyan on the other hand, who currently serves as the starting tight end in Green Bay, has battled injuries since being becoming a Packer in 2018.

In week-5 of the ’19 season, Tonyan suffered a hip injury against the Cowboys. As a result, the 6’5 tight end missed the next 5 contests.

During the NFL’s most recent season, in ’21, Tonyan tore his ACL.

It’s widely speculated Tonyan will begin the 2022 season on the Physically Unable to Perform list. If this happens, he won’t be available for 6-weeks. This is where Lewis comes in.

If Lewis and Rodgers are a well-oiled machine by Tonyan’s return date, there will be no need to fix what isn’t broken. Lewis has years of experience with Rodgers already, and Rodgers is quite fond of the former Jaguar.

In 2020, Rodgers spoke about Lewis when addressing the media.

“He’s a really interesting guy. He has a lot of wisdom and insight. He’s just definitely one of my favorite teammates that we’ve ever had around here. He’s a fantastic leader”

Lewis thinks highly of the Packers’ signal caller, defending Rodgers’ reputation towards the end of the ’21 season.

There’s a lot of chemistry between the two vets already, and if they take off together, head coach Matt LeFleur likely won’t look back.

Wyatt was a machine as Georgia, logging 113 tackles and 5 sacks. The defensive lineman ended his ’21 campaign by earning All-SEC first-team (coaches), as well as AP All-SEC second-team. The 24-year-old was also able to pick up a Defensive Lineman of the Week award through the season.

Green Bay drafted him in the first-round, and there’s a reason. Wyatt is going to challenge both Jarran Reed and Dean Lowry for their jobs on the defensive line.

Reed was given a grade of 46.7 via Pro Football Focus for his efforts during the ’21 season. The former Seahawk posted 43 tackles and 2.5 sacks, along with 2 forced fumbles. Per PFF, Reed struggled against both the run and pass, earning a grade south of 54 in both categories.

Lowry had a notably better campaign last season, receiving a grade 20-higher than Reed, at 67.0. Lowry’s strength was against the pass, where he was given a mark of 73.8. During the season, the defensive lineman recorded 5 sacks and 4 passes defensed.

The most likely scenario is Wyatt takes over at defensive tackle, moving Kenny Clark and his superior pass rushing skills to an interior end role, as Packers run a 3-4 defense. If this happens, Reed has the higher chance of losing his job.

Regardless of how it happens or who moves to a rotational role, Wyatt is a legitimate threat to take a starting job on the defensive line in Green Bay. If you’re Jarran Reed or Dean Lowry, it’s important to show why you deserve to have your first-string spot retained, or it could be given to the Packers’ rookie.