2 reasons Dave Roberts must be fired after Giants sweep Dodgers 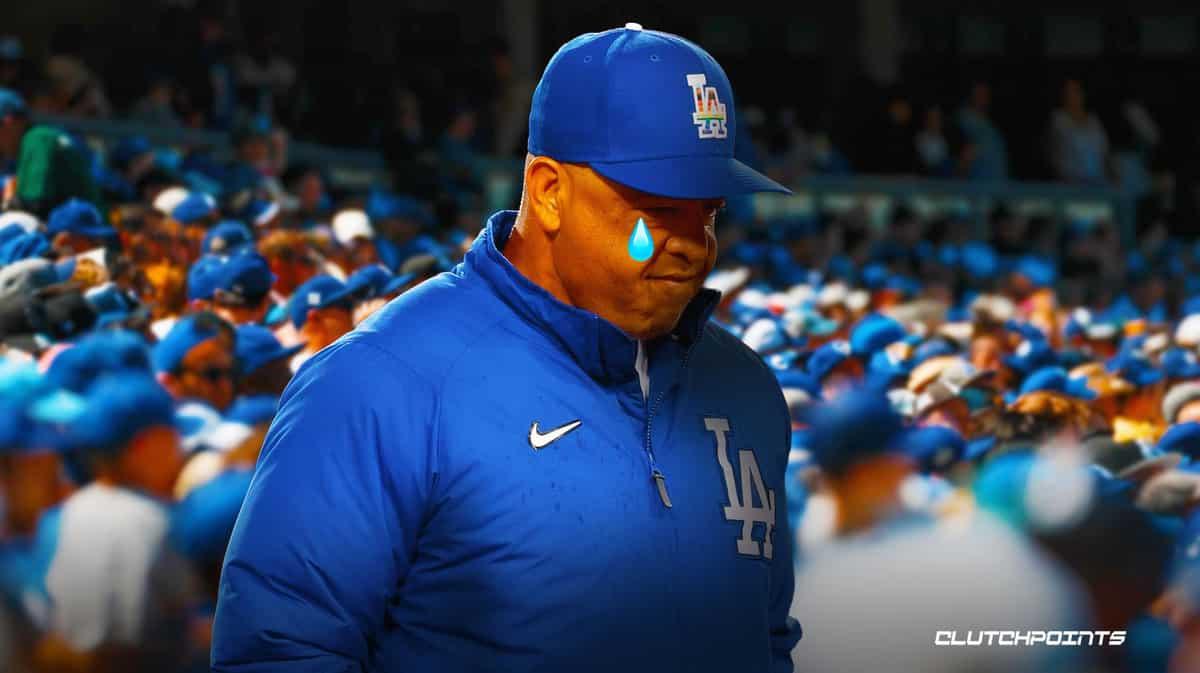 The Los Angeles Dodgers have all the tools necessary to win the World Series this year. After acquiring Freddie Freeman in the offseason, they practically trot out a lineup full of MVP candidates and All-Stars each and every night. The amount of star-power on the team is not matched by any other franchise in baseball, yet somehow, the results haven’t been there for the Dodgers. Especially not lately. After the Giants swept the Dodgers on Sunday, it’s about time fans begin calling for Dave Roberts’ job.

With so much talent on the roster, it’s truly mind-boggling that the Dodgers find themselves in the position they’re in. While a 37-23 record is certainly top-tier, the Dodgers have been dreadful in the month of June, looking unmotivated and ultimately flat. Having now lost six of their last eight games, it stands to reason that Roberts could join the likes of Joe Maddon and Joe Girardi on the unemployment line before long if this cold streak continues.

Some may feel that it’s too soon to make a key decision like that on Roberts’ future, but if the Dodgers want to address the issues that are emerging early on in the year, the best choice may be to go in a different direction and move on from Roberts. With that in mind, here are two reasons Dave Roberts must be fired after the Giants swept the Dodgers.

Click here to Bet $5, Win $200 in free bets regardless if your bet wins or loses.

*To claim, new users need to register, make a first-time deposit, and then simply place their first real-money wager on FanDuel Sportsbook on any live sport market during the timeframe of the offer. All winning bets will be fulfilled within 72 hours if they win.*

2 reasons Dave Roberts must be fired after Giants sweep Dodgers

Sometimes a manager makes a decision that leaves fans scratching their heads. Baseball is a difficult sport, there’s no denying it, and every decision from a manager takes various factors into account. The problem comes when virtually every key decision from the manager comes under constant scrutiny from fans, who are in all honesty, right to be skeptical.

Within just the past week, we’ve seen Roberts elect to pull the plug early on Mitch White only to have David Price surrender four runs in what was a 4-0 loss to the White Sox. Additionally, he opted to intentionally walk Wilmer Flores in order to set up a lefty-lefty matchup against former Dodgers slugger Joc Pederson, who proceeded to smack a ball into the seats and extend the Giants’ lead on Friday. On Sunday, after Chris Taylor was bloodied up in a collision with the outfield wall, Dave Roberts issued a confusing and questionable challenge, and obviously lost.

Dave Roberts might’ve just made the worst challenge of all-time.

While an occasional mishap from the manager is par for the course, the number of small mistakes Roberts has made, many of which have yielded fairly significant results, is staggering. He’s been a clear factor in some of the Dodgers’ recent losses, and while the honus isn’t entirely on him, he’s certainly not doing much to improve the situation in LA.

1. Lack of Heart and Hustle Stems from the Manager

It feels as if there’s an overall lack of heart and hustle on the roster. That could be seen on Sunday when Trea Turner jogged along the base path during a 2-out blooper, on which he could have scored after the ball landed short of the outfielder. Despite the Dodgers being in a close game and acting as a potentially game-changing baserunner, Turner elected not to turn on the jets and run out the hit with two outs in the inning.

This really does sum it up nicely, doesn't it? #Dodgershttps://t.co/SEDk0f1w19

But perhaps a more obvious sign than Turner’s lazy baserunning was when Roberts attempted to insert a position player onto the mound in just a five-run ball game against the Mets. Roberts, embarrassingly, was told by MLB that he was not allowed to do that, because of a rule stating a team must be down at least six runs before a position player can take the mound. If there’s any team primed to stage a major ninth-inning comeback, it’s the Dodgers. Roberts’ decision to (try to) bring a position player in to pitch in a close game sends a bad message to the squad.

Every other team would compete down to the final out, but Roberts was ready to wave the white flag and call it a day, something that couldn’t have gone unnoticed by Dodgers players. If the team is serious about adding to its trophy case in 2022, they may need to give serious thought to making a managerial change and ending Roberts’ tenure with the team.