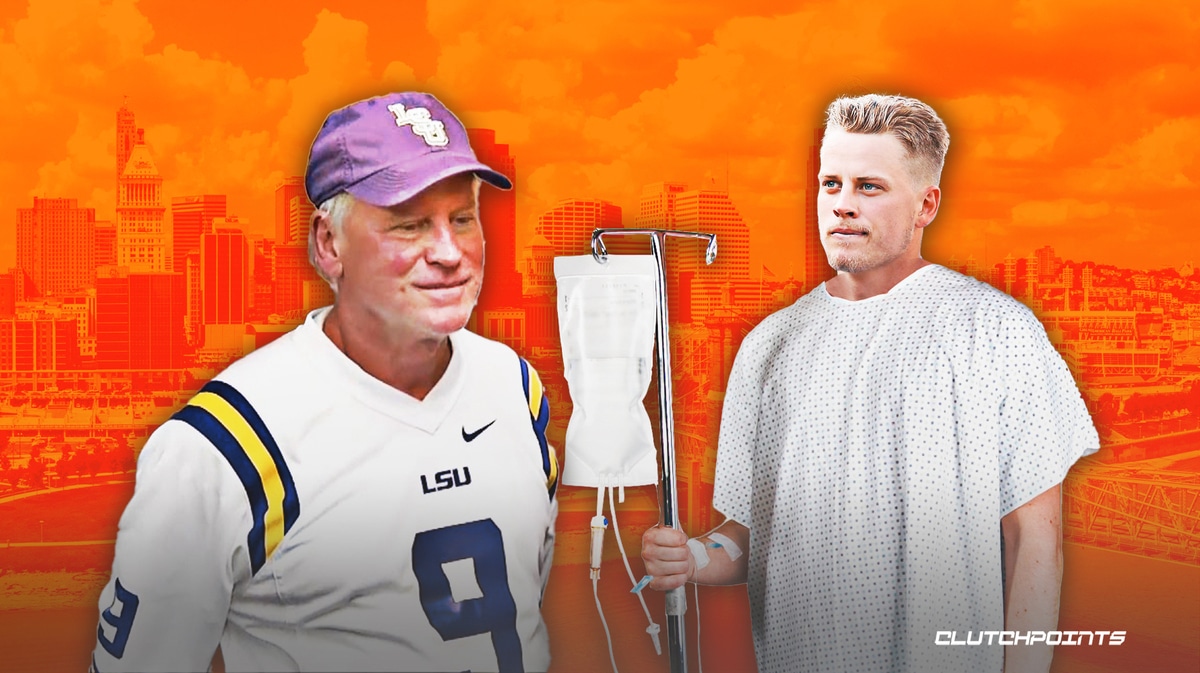 The Cincinnati Bengals are eagerly awaiting the return of star quarterback Joe Burrow at training camp. The reigning Comeback Player of the Year is currently sidelined while recovering from an unexpected appendix surgery that he underwent at the start of camp. Burrow’s dad, Jim Burrow, made an appearance on the In the Trenches podcast with Dave Lapham on Aug. 5, and revealed that the star QB may not be back in action as quickly as fans were hoping.

During his appearance on the podcast, Jim Burrow revealed that his son is improving “every day” but indicated that he’s still “a few weeks away” from getting back out onto the practice field and participating in drills.

“There’s always a danger and complications for a surgery like that so Joe’s just got, he’s got to listen to his doctors and the trainers over at the facility and take it easy,” Jim Burrow said. “He’s not one to want to kind of take it easy, but he’s got to and it’ll be best for the long run if he just makes sure he does what he’s supposed to.”

Head coach Zac Taylor informed fans that the Bengals would be taking a day-by-day approach when it comes to Burrow, but his dad’s update indicates it could be more of a week-to-week type of situation. While Burrow isn’t actively participating at camp, he’s been present at the team facility and was even seen hilariously driving a cart alongside his teammates while they were doing sprints.

While he’s still sidelined following the appendectomy, Burrow isn’t expected to miss any time in the regular season. With Burrow on the mend, backup quarterback Brandon Allen has been running with the first-stringers at camp. JUST IN: ‘I love myself a lot better’: Aaron Rodgers goes deeper on psychedelic experiment that changed everything
Related TopicsCincinnati BengalsJoe Burrow