A Black Myth Wukong new trailer just dropped, and we get to see another twelve minutes of pure gaming goodness out from the creative minds of Game Science. 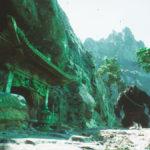 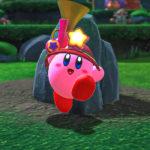 The new Wukong trailer showcases the game in Unreal Engine 5 – the first game to ever show off a trailer in that engine. Epic Games’ engine is still new, and not a lot of developers have adopted it yet. In fact, when Black Myth Wukong‘s first trailer dropped last year, it was still running on Unreal Engine 4. The Year of the Ox celebratory trailer also showed footage still in Unreal Engine 4. Hence, this new trailer also announces that the game has been fully migrated to the new engine.

Black Myth Wukong migrating to Unreal Engine 5 means that the game might be capable of running on 60FPS in full 4K. We see in the gameplay trailer just how smooth the game is, chock full of small details and fluid animation. It’s an understatement to say that we really are looking forward to this game’s release. Unfortunately, the game won’t be ready until… well, we’re not sure when the game will actually release yet. Mark your calendars for at least two more years and wait for the game to release on PC, PS5, and Xbox Series X.