‘Carries the rock like a friggin horse’: Tristan Wirfs sounds off on Leonard Fournette crushing the Cowboys 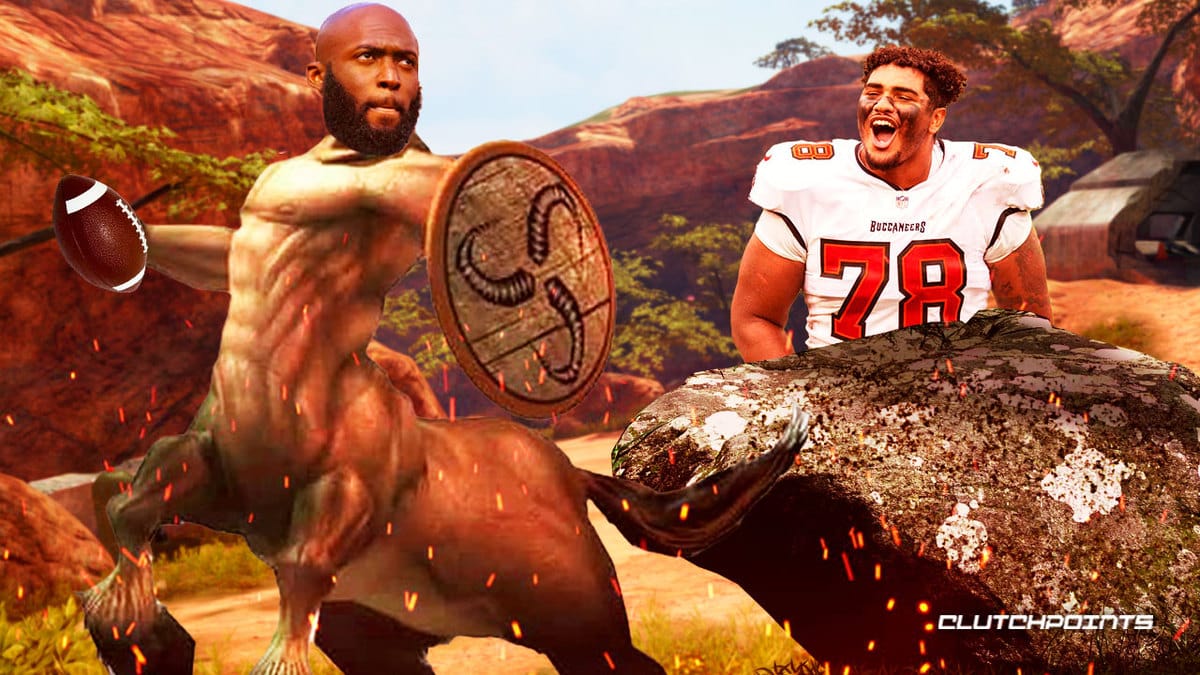 Tampa Bay Buccaneers running back Leonard Fournette had an outstanding season opener against the Dallas Cowboys during Sunday Night Football. His hard-nosed running style caught the eye of at least one of his teammates. Star offensive lineman Tristan Wirfs had a whole lot to say about Fournette, and he perfectly described what he saw from an on-field perspective as Fournette torched the Dallas defense. Via ESPN’s Jenna Laine, Wirfs claimed the Cowboys’ defense wanted nothing to do with Fournette in the 19-3 rout.

.@TristanWirfs78: “@_fournette carries the rock like a friggin horse. … They didn’t wanna tackle him at the end of the game. … They were just falling on the ground. Somebody said they were acting like they were on fire — they were stop, dropping and rolling in front of him.” pic.twitter.com/Z4NIi7f0ql

“Lenny carries the rock like a friggin’ horse…” said Wirfs. “Oh my gosh, he’s crazy. He’s so strong. [The Cowboys] didn’t want to tackle him at the end of the game. They were like falling on the ground. Somebody said they were acting like they were on fire, stop, drop, and rolling in front of him.”

Wirfs added that he’s been a spectator to the beef between Fournette and Micah Parsons on Twitter.

Cowboys defenders may not be so appreciative of Wirfs’ comments, but the tape doesn’t lie. Leonard Fournette ran all over the Cowboys in Week 1, racking up 127 yards on 21 carries. His 6.0 yards per carry showcase just how dominant he was on the ground, and while he didn’t find the end zone, he’s clearly locked in to start the season.

It’s hard to blame opposing defenses for not wanting to get in his way. Fournette is playing with a chip on his shoulder after offseason rumors alleged that he had showed up to camp overweight. He’s pouring cold water over all those rumors with his play on the field, and he’s looking to keep rolling in Week 2 against the rival New Orleans Saints.

Both Fournette and Wirfs appeared on the Buccaneers’ injury report on Wednesday. Fournette was limited with a hamstring injury, while Wirfs was also limited while dealing with an abdomen issue.