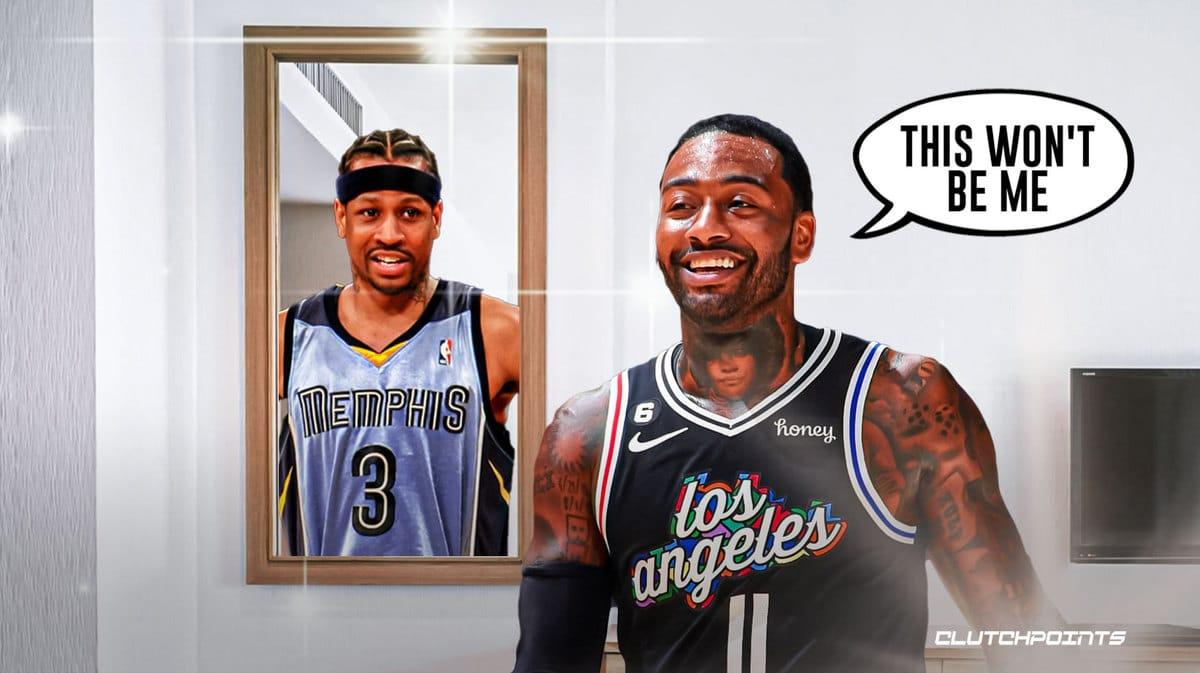 John Wall faced immense career difficulties over the past few years. Wall first suffered a debilitating injury back in 2018 when he was diagnosed with a Haglund’s deformity and a chronic Achilles tendon injury in his left heel. To make matters worse, two months later, Wall then proceeded to rupture his Achilles after he slipped in his home.

He was then traded by the Washington Wizards to the Houston Rockets in 2020, where he played in only 40 games before sitting out the rest of the 2021-22 season. To add to the considerable burden he’s already been bearing at that point, he had to process heavy feelings of grief following the passing of his mother and grandmother.

But as a testament to his resilient character, Wall was able to lower his pride and accept a smaller role with the Los Angeles Clippers for the 2022-23 season, due to the specter of Allen Iverson that threatened to loom over his career.

“Some people have to tuck their pride sometimes. And sometimes if they don’t, it don’t go in your favor. I think about my favorite player, Allen Iverson. They asked him to come off the bench and do those things in different places, and there’s no way AI shouldn’t have still been in the league, you know what I mean? It’s just that pride didn’t let him go,” Wall said, per Washington Post.

John Wall may still not be the player he was before, but with the Clippers, he able to play within himself, at ease with the supportive environment around him.

“If I would have signed with a couple of other teams, I would have been starting or I would have been playing big minutes. It was just me realizing what I want in my career now. For me, the most important thing is to show people I can stay healthy, I can play, I can accept any role,” Wall added.

There’s an old cliché that says God gives the hardest battles to the strongest soldiers. (John Wall’s good friend, DeMarcus Cousins, agrees.) And it seems as if Wall has taken that to heart, showing what an incredible player he is to have for the Clippers.

“A lot of people in my position would have folded. But I know how many dreams I have left for myself. I feel like my story wasn’t written. God was just giving me a bump in the road to figure out who I was going to be,” Wall said.