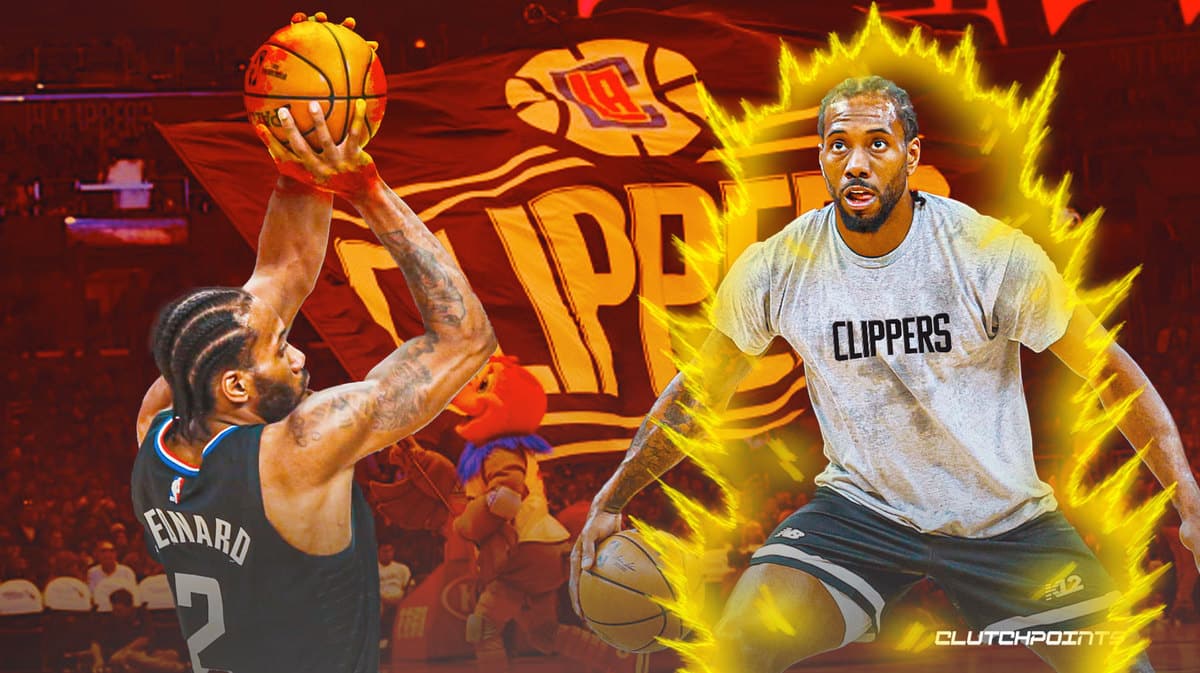 PLAYA VISTA — The Los Angeles Clippers are now almost a full year into Kawhi Leonard’s recovery from a torn ACL, but the star has yet to resume five-on-five basketball.

In a media availability with members of the media following Thursday night’s 2022 NBA Draft, Clippers president Lawrence Frank said Leonard is making progress in his recovery from offseason ACL surgery.

“Yeah, he continues to do great,” Frank said of Kawhi Leonard. “He’s maniacal in his work ethic. It’s fun to see. I’m glad we can afford the light bill because he’s putting in the hours. But yeah, he’s doing great, and he continues to progress, and it’s great seeing him on the court.”

When asked about any potential progression to five-on-five basketball, Frank said the Clippers star isn’t there yet.

“No, he’s just kind of following in terms of just — I think he’s on course where he’s developing really well. But like five-on-five isn’t something I think that he’s doing at this point.”

Lawrence Frank: "[Kawhi] continues to do great. He's maniacal in his work ethic… I'm glad we can afford the light bill."@AndrewGreif: "5-on-5 yet?"

"No… I think he's on course, he's developing really well. But 5-on-5 isn't something I think that he's doing at this point." pic.twitter.com/En2V80kTxX

Kawhi Leonard initially suffered the torn left ACL on June 14, 2021, in Game 4 of the Western Conference Semifinals. Leonard then underwent surgery to repair the ACL on July 13, almost a full month later.

Leonard signed a four-year deal with the Clippers in the summer of 2021 as opposed to a shorter term deal that would’ve paid him significantly more money. The reason for that, according to Leonard, was so that he could focus on returning during the 2021-22 NBA season instead of playing it safe.

While there had been reports that Leonard was ahead of schedule in his recovery from the torn ACL, the Clippers forward never made it back to the court in time. Instead, he has taken his time to make sure his knee and health are at 100 percent before returning. With another three months left in the offseason before training camp begins, there’s simply no rush to get Leonard into playing five-on-five basketball.

Leonard was recently photographed with trainer Clint Parks at San Diego State University after what looked like an intense workout as well as visiting the Dominican Republic:

From the high school days in empty gyms just trying to make a way for their families this runs deep. Year 10 and year 12 on the way so damn proud of them. Nothing like being in the lab with the family 🤙🏽🏁. #CPSA #TMC pic.twitter.com/l8qDWgY06T

While he hasn’t been able to play in the last year, Kawhi Leonard does have a voice with the front office when it comes to decisions on free agents and trades, as does Paul George.

“They are great partners,” Frank said of Leonard and George’s input. “There’s a lot of give and take and talking, and the thing that is terrific, they have great insight. They passionately care. They care about the type of people that are in the locker room. They look for people who work, have great habits, are pros, can contribute to winning, are great in the locker room, but yet at the same time are very respectful that, hey, at the end of the day it’s our job to make the decision, but their opinions are very, very valuable.

“You have honest talk, and I think that’s what partnerships are about. Sometimes you see it the same exact way and sometimes you see it a little bit differently. But there’s that mutual respect that, hey, that decision is made; we’re behind it and we support it.”

While he’s not cleared for five-on-five basketball yet, the expectation is that Kawhi Leonard will be ready to go come training camp. As of June 24, the LA Clippers (+650) have the fourth-highest betting odds to win the NBA championship on FanDuel behind only the Golden State Warriors (+550), Milwaukee Bucks (+600), and Boston Celtics (+600).