Carson Wentz dealing with injury ahead of Commanders’ TNF vs. Bears 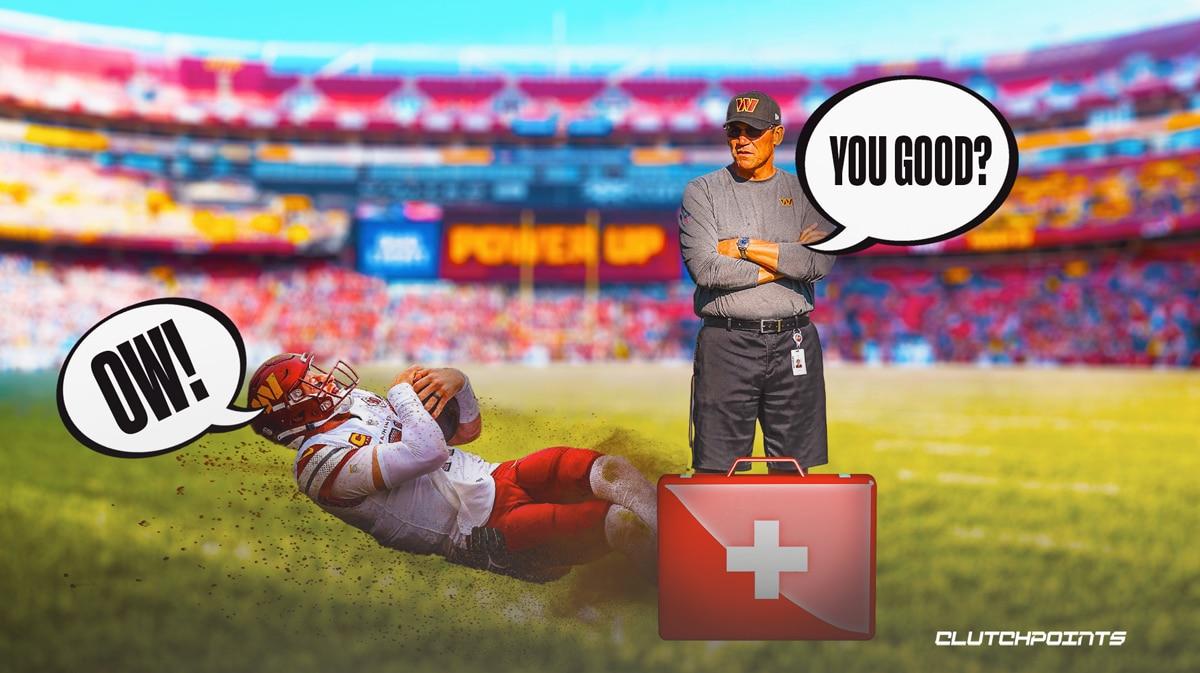 Carson Wentz is reportedly dealing with a minor shoulder ailment ahead of the Washington Commanders Thursday Night Football matchup with the Chicago Bears. Commanders head coach Ron Rivera discussed the injury on Tuesday, per beat reporter Matthew Paras on Twitter.

“It was something from the game,” Rivera said. “He (Wentz) came in yesterday morning and so because he said it was a little sore, we had to put it on the list. But he took all of his reps today and he was fine. I don’t expect it to be a problem.”

Ron Rivera expects Carson Wentz to be fine for the Thursday Night Football affair. But this will be something worth monitoring as the week progresses.

Wentz hasn’t exactly set the league on fire in 2022, but the Commanders chances of upsetting the odds in Chicago would see a drastic decrease if he was unable to play. He’s tallied over 1,390 passing yards with 10 touchdowns. However, he’s also totaled 6 interceptions and 4 fumbles.

Carson Wentz and the Commanders enter Thursday’s game with a lackluster 1-4 mark on the season. But the Bears are just 2-3 so Washington does feature upset potential. The Commanders narrowly lost to the Tennessee Titans over the weekend but played a fairly decent game overall.

Assuming Carson Wentz plays in Chicago, this Bears-Commanders contest could be a highly competitive affair. Wentz may be in line for an impressive performance against a Bears defense that ranks 22nd in total yards against per game.

We will continue to monitor updates on his shoulder injury situation as they are made available.