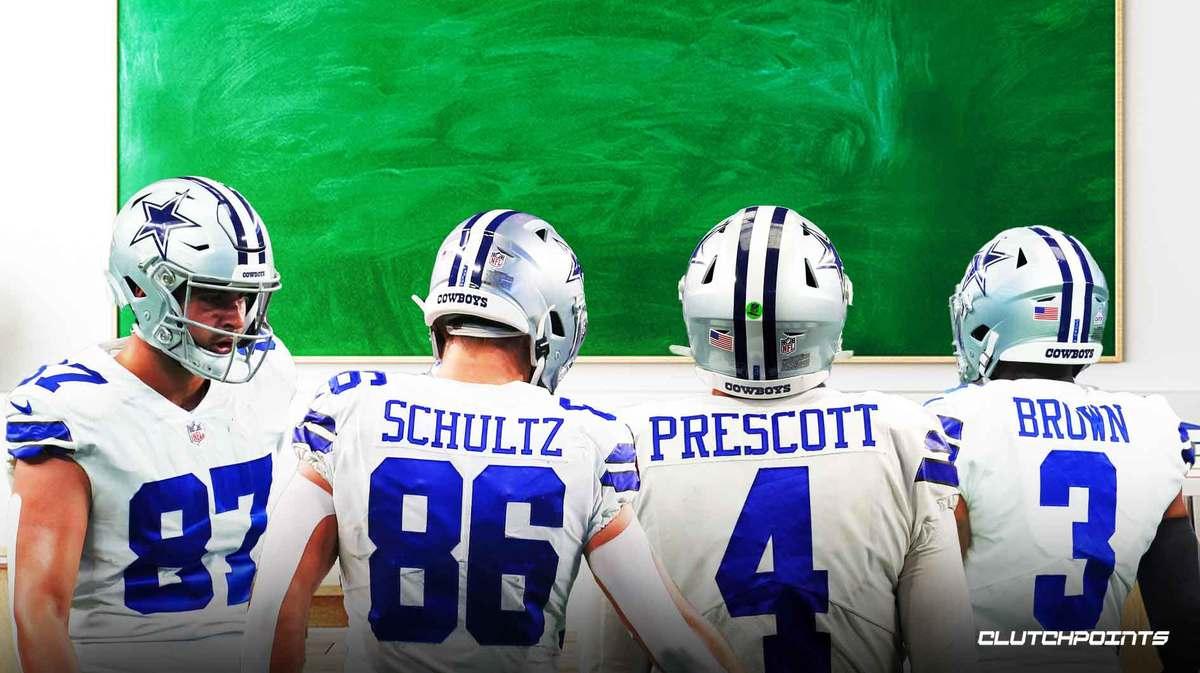 It wasn’t perfect, but the Dallas Cowboys outlasted the New York Giants for a 28-20 win on Thanksgiving. After an ugly first half, things came together late for Dak Prescott and the Cowboys.

Here’s how key players from America’s Team graded out on Turkey Day.

If Dak Prescott got a grade for his first half alone he might have needed to retake the class.

After putting on a show in Minneapolis, Prescott came out flat and threw two picks in the first half of Dallas’ Thanksgiving tilt. The first of the two was inexcusable. Prescott lobbed an easy pick to Rodarius Williams on a ball that should have been much farther out of bounds where only the intended receiver, Michael Gallup, could reach it.

The second interception is harder to pin on Prescott since it was tipped by CeeDee Lamb. It also could be argued the referees missed defensive pass interference on the play, but a better thrown ball still would not have been picked.

The two interceptions kept Dallas from taking control of the game. Fortunately for both Prescott and the Cowboys, the franchise quarterback turned things around in the second half.

Prescott came out of the locker room with a completely different look about him. The Cowboys took the ball to start the third quarter and Prescott promptly marched down the field, completing four out of six passes and punctuating the scoring drive with a 15-yard touchdown pass to Dalton Schultz.

Prescott went on to complete 11-of-14 second-half passes for 145 yards, including another touchdown to Schultz.. The second-half turnaround kept Prescott’s early miscues from costing the Cowboys the game, saving his grade this week.

Dalton Schultz, Jake Ferguson, Peyton Hendershot and Sean McKeon have another hit celebration on their hands after they celebrated Hendershot’s fourth quarter rushing touchdown with a game of Whack-a-Mole in the Salvation Army bucket. That performance was the cherry on top of a hugely productive evening for the entire Cowboys tight ends room.

The tight ends had modest volume numbers against the Giants. Ferguson paced the group in terms of yardage with three catches for 57 yards. Schultz only tallied 31 receiving yards, but his back-to-back touchdowns at the start of the third quarter put the Cowboys in the driver’s seat for good.

Where the group truly made a difference was in the red zone.

Kellen Moore is able to create all kinds of mismatches when he puts all four of his tight ends on the field. The quartet of big men is too large for most defensive backs and too quick for most linebackers. Moore exploits those mismatches once the Cowboys get into scoring position, a strategy on full display on Thanksgiving.

All three of the Cowboys’ second-half touchdowns went to a tight end. The group has been extremely active in the red zone this year. The tight ends have combined to haul in six of the Cowboys’ 15 total receiving scores, playing a crucial role in Dallas 69.7% red zone touchdown rate, sixth-best in the league.

Cowboys fans have been spoiled by Trevon Diggs’ ball skills over the last two seasons, but Anthony Brown’s effort on Daniel Jones’ 44-yard pass to Darius Slayton in the first quarter that set up a touchdown was simply not good enough. The image of Slayton reaching over a floundering Brown feels like a metaphor for the defensive back’s entire season to this point. 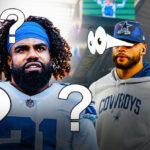 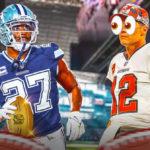 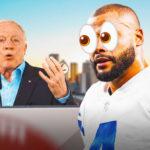 WHAT A CATCH BY DARIUS SLAYTON 😱

Slayton is an obvious mismatch against Brown, so that single catch isn’t a damning blunder considering the size difference between the two. It was Brown’s overall performance that was not up to par.

Jones targeted Brown seven times on Thanksgiving, completing three of those passes for 43 yards and a touchdown pass to Richie James, albeit the touchdown was given up in garbage time.

Just as there is no such thing as a perfect performance, there is rarely an entirely bad performance. Brown made a nice play on a Jones pass again intended for Slayton as New York mounted a comeback attempt in the fourth quarter.

The Cowboys need Anthony brown to be the player he was a year ago. Kelvin Joseph clearly isn’t ready to be on the field and the rest of the defensive backfield is hardly healthy enough to shoulder the load.

Dallas will hope for higher grades from Brown as the season moves forward.