The new Forged in Fog chapter for Dead by Daylight (DBD) introduces the new Killer, The Knight, as well as a new Survivor, map, and various perks.

The DBD Forged in Fog Chapter is available on PC, PlayStation 4, PlayStation 5, Xbox One and Series X|S, and Nintendo Switch. Players need to own the base Dead By Daylight game to enjoy this chapter.

Tarhos Kovács, also known as The Knight, is the latest killer to arrive in Dead by Daylight. He has an Average height, a move speed of 4.6 m/s, and a Terror Radius of 32 meters. His Power is called the Guardia Compagnia, and like all other killers, he has three unique perks.

The Knight’s Power, Guardia Compagnia, allows him to enter Guard Summon mode. While in this mode, the Knight can trace out a Patrol Path for the duration of his Power. Once the duration ends, or once the Knight presses the Power button, he will summon one of three Guards to patrol said Patrol Path. These three Guards are The Carnifex, The Assassin, and the Jailer. The summon order rotates in that order. When the Guard spots a Survivor along the Patrol Path, they will drop a Standard, and start Hunting down the survivor. This Hunt ends when the Guard hits the Survivor, or if the Hunt timer runs out.

Each of the Guards has their own strengths that the Knight can take advantage of.

Survivors can escape from the Guards by unhooking another survivor, grabbing the Standard, or by simply running away.

The Knight can also send his Guards to destroy or damage nearby objects. This includes Generators, downed Pallets, and breakable walls. The Carnifex breaks and damages these objects the fastest.

His three perks, Nowhere to Hide, Hex: Face the Darkness, and Hubris, are all geared toward locating survivors, and taking them down in one hit once conditions are met.

Managing the Guards properly and putting down good Patrol Paths is the key to mastering the Knight. 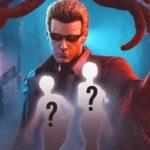 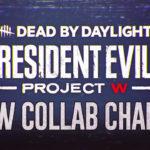 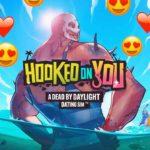 The new Survivor, Vittorio Toscano, is the newest Survivor to arrive in Dead by Daylight. He has three unique Perks, all focused around preparing generators and staying safe while doing it. These three perks are Potential Energy, Fogwise, and Quick Gambit.

This new map, Decimated Borgo, is the domain of the Knight. It is also the 19th Realm or map in Dead By Daylight. Its unique features include a vibrant blood-orange ground fog, as well as a murky green/brown sky. It also has a new building that stands at the center of the map.

That’s all the information we have about DBD’s Forged in Fog Chapter, its new Knight killer, survivor, perks, and map. For more gaming news from us, click here.