When you look back in history at teams who will be remembered forever due to their unbelievable achievements, one team that will always get a mention is the 1960s Boston Celtics team. They dominated basketball during that era, break records, winning championship titles and setting the bar for the rest to try and match. Few could get anywhere near them, although one team to constantly be upsides them was the Los Angeles Lakers, who competed, but ultimately fell short most of the time when they came up against the Celtics.

The Celtics didn’t force their way to stardom in the 60s, they built a great squad that worked very well around two or three star players. A lot of their players were castoffs from other clubs, and these players found a way to raise their game in a Celtics uniform. It was this combination of stars along with a great and overachieving supporting cast that set the Celtics apart from the rest of the pack. That led to dominance that has not been matched since, in any sport.

Starting just before the 60s in 1959, the Celtics embarked on a run that would become, and still is to this day, the longest streak of consecutive championships in any US sport. The streak stands at eight, and it looks highly unlikely that it will ever be beaten such is the competitiveness of the leagues right now. The streak is not only part of the Celtics history, but it is also part of sporting history, and their 1960s team will always be remembered by that streak.

While the Celtics focused on building a team, and a group of players that could all work together, they won championships and players stood out during those victories. These players are some of the all-time great, both of the game in general and of the Celtics franchise and their names are always brought up when people talk about basketball in the 60s. Here is a look back at some of the big and important names that led the Celtics to nine championships out of 10 in what has become a famous decade for them.

Bill Russell will forever be linked with both the Boston Celtics and basketball in general. We all know him as one of the best players to have ever played the game, but it is only when you remind yourself of Russell’s record you realize just how good he was on the court.

He won 11 NBA championships during his 13 year career, and whenever you talk about the Celtics dynasty, he will be the first name that you think of. Personally, he was voted as the MVP five times during his career, and made the all-star team on 12 occasions. On the sporting stage overall, he is tied for the record for most championship wins by an athlete in North America.

The reason the Celtics were so good in the 60s is because they took the defensive side of the game far more seriously than their opposition. They would constantly work on their defensive plays, and a big reason why they did that was because of Russell. He was not only regarded as one of the best players to ever step foot on the court, but also one of the best defensive players to do so, and his defensive play made others work hard at it, and that made them better. His shot blocking was special, there is no doubt about that, but the way he worked on man to man defense was something his team mates picked up on and tried to replicate.

He was also the right man to have around the basket, and still to this day is second in both all-time total rebounds and rebounds per game. He led the NBA in rebounds on four different occasions, and during his 13 year NBA career, he had over 1000 rebounds in 12 seasons.

Just as the rest of the Celtics team chipped in to help Russell out on defense, he also found time and room to contribute to their offensive play. He put up a very respectable 14,522 career points, and when you combine those with his defensive stats you begin to see just how big an impact he had on not only the Celtics, but the league as a whole.

The 1960s Celtics were built around Bill Russell, and he is the obvious player to remember from their dynasty.

Just one behind Russell in terms of NBA Championships, Jones has an impressive 10 to his name. The shooting guard was a joy to watch thanks to his quickness on the court and he brought the flair that complimented the steady, conservative game Russell had. Alongside Russell he is one of three players that played for every season during the eight consecutive championship wins the Celtics had, and of course he played a huge role in every single victory.

If you believe the tales then Jones was drafted by the Celtics without their head coach Red Auerbach ever seeing him play a game. This choice turned out to be a fantastic move by Auerbach, even if it was by chance and it kick started what was to become a Celtics dynasty. Jones remained with the Celtics for all 12 of his NBA seasons, winning 10 championships along the way. He made the all-star team five times in that span, and also put up over 15,000 points which led him to be recognized as one of the best shooting guards of that era.

Jones led the Celtics in scoring for three years, and in the peak of his career between 1965 and 68 he produced four consecutive seasons where he put up an average of more than 20 points per game. Amongst those games was a 51 point night against the Detroit Pistons in 1965, and that is the fourth highest ever total by a Celtics player.

With the sold defensive play of Russell already in place, the Celtics could afford to sign flair speedsters who scored points, and that is exactly why Jones was a great fit for the team. He was a very different type of player to Russell, but equally as important in the success the franchise had in the 60s.

K.C Jones was the third outstanding talent to grace the Celtics and he is the third player who played for them during every season of their eight consecutive championship wins. Jones was often in the shadow of Bill Russell because both of them were fantastic defensive players, but Russell was seen as the number one. Jones finished behind both Russell and Sam Jones with eight NBA titles, but he added further titles as both an assistant coach and a head coach with the Celtics.

The majority of NBA teams would have been happy to build their defensive play around Bill Russell, but not the Celtics. They wanted a duo that would terrorize offensive players and make the Celtics the toughest and meanest team to play against. Signing K.C Jones gave them that, and although he was always considered the number two behind Russell, his importance should never be underestimated.

There are only three players with a perfect 8-0 record in NBA history when it comes to playoff finals, and Jones is one of these players. While his situation was helped by the fact he was playing on a very special team, his ability to come up big in playoff situations should not be underestimated. While many of the Celtics legends were proven big game players, the record K.C Jones has puts him right up there as the best when it comes to big game play.

Having Jones on the roster allowed the Celtics to play an expansive game elsewhere and his anchoring abilities should not be underestimated. Alongside Russell, Jones had the defensive end covered, and the coaching staff knew that. That allowed them to play three expansive, attacking players when those two were on the court and it is that combination that brought success to the franchise. 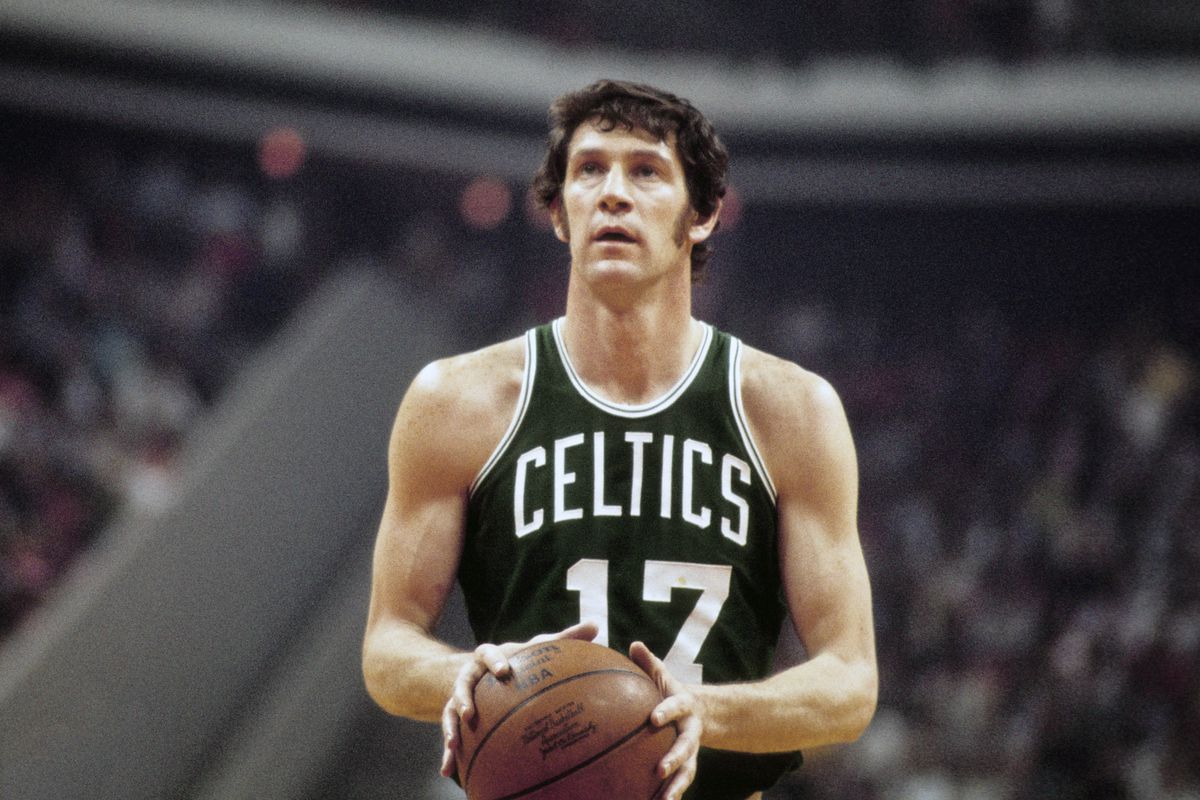 John Havlicek is another player who holds the perfect 8-0 NBA playoff record alongside K.C Jones. He played for the Celtics for 16 seasons, winning eight titles during the 60s and 70s, with six of the eight coming in the 60s. Havlicek had a strange beginning to his career, he was drafted by both the Celtics and the Cleveland Browns of the NFL. After playing wide receiver for the Browns at training camp, he chose basketball and focused all his attention on making the Celtics roster.

There is no doubting that Havlicek was a thrilling player to watch on the court, and he was given all the room he needed to play the game thanks to the solid defensive play of Russell and K.C Jones. Havlicek thrived in this environment and put points on the board with ease and that was his job on the team and one he did brilliantly. 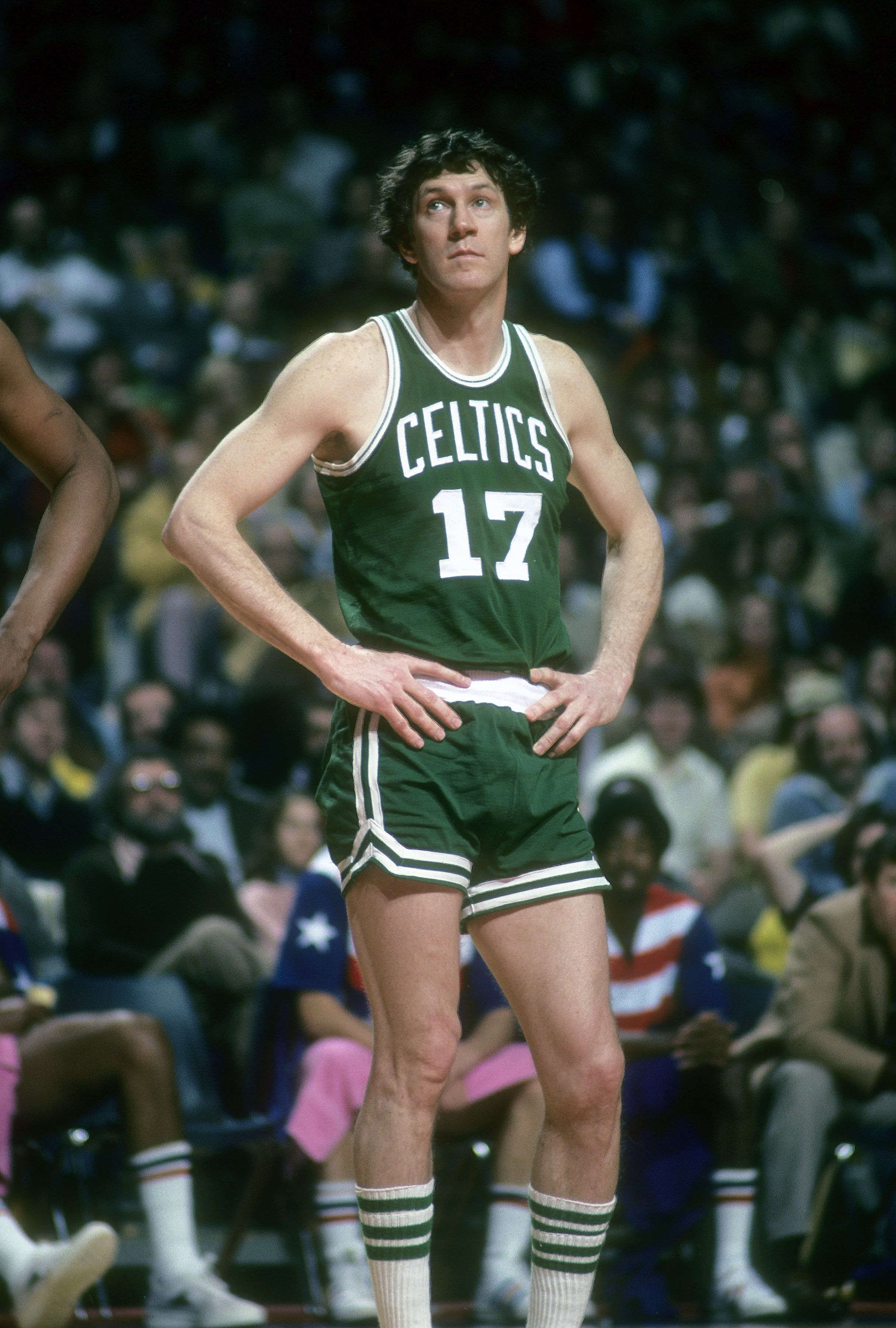 Havlicek took advantage of the situation and currently holds that Celtics record for both all-time total points, and games played. He played 1270 games for the franchise and scored 26,395 points, a record which puts him 13th on the overall NBA all-time list. He also hold the record for being the first player to score over 1000 points in 16 consecutive seasons, showing not only Havlicek’s quality, but also his longevity. His best season came just after the 1960s, in the 1970-71 season when he averaged 28.9 points per game.

Havlicek was really known for his constant movement and his ability to get up and down the court in a matter of seconds. This gave him the ability to score on quick breakaways, before dashing back to pick up a rebound in his defensive end. Many opponents who played against Havlicek simply couldn’t keep up with him and his dynamic style for a full game, and when people began to tire on the court, that is when Havlicek took full advantage.

The 1960s Celtics: One of the Greatest Dynasties

The Celtics team of the 1960s will go down in history as one of the greatest ever dynasties produced. Russell, Jones, Jones and Havlicek were all huge contributors to that dynasty and will all go down in Celtics history as being some of their greatest ever players. The four of them all had different skills, and brought something different to the team, and this all connected to give them an incredible bunch of all-round players.

The defensive play of Bill Russell and K.C Jones was perfectly complimented with the scoring from Sam Jones and John Havlicek. Those four contributed in a big way to make the Celtics 1960s franchise very special, and they will remain the faces of the franchise for a long time.