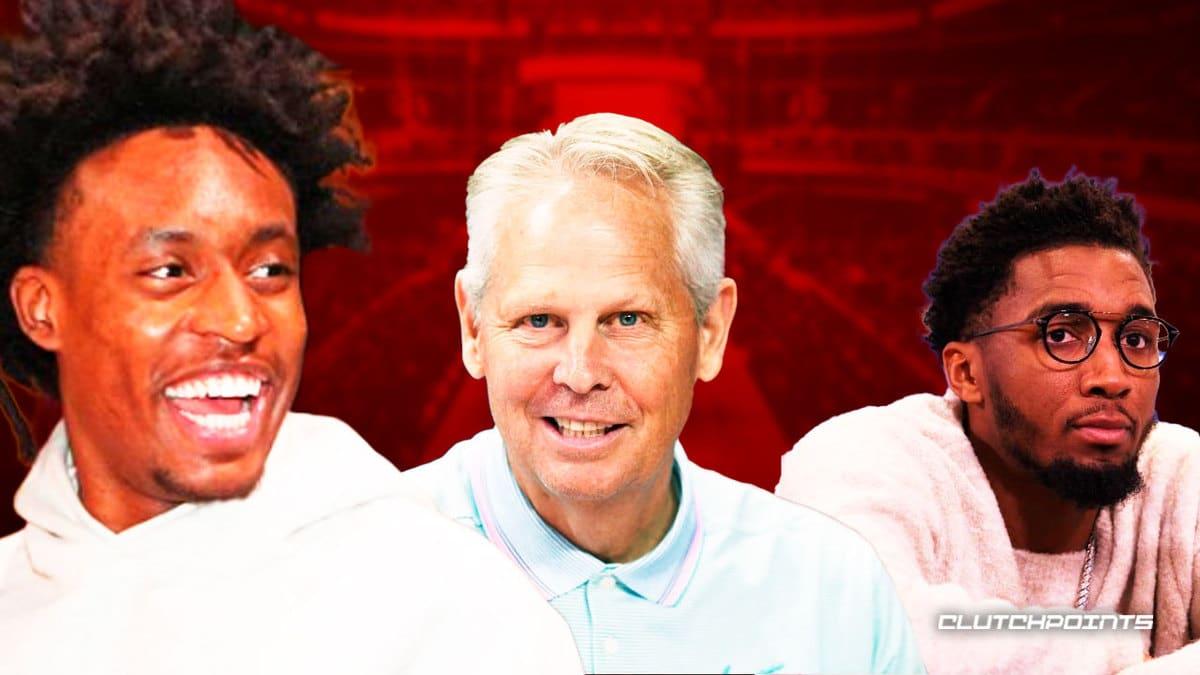 The Utah Jazz have had quite the offseason. First, they traded All-Star center Rudy Gobert to the Minnesota Timberwolves for an unprecedented package of picks. On Thursday, the Jazz agreed to trade Donovan Mitchell to the Cleveland Cavaliers. Similarly, they landed a huge haul for the All-Star guard.

In return, the Jazz are getting Lauri Markkanen, Collin Sexton, Ochai Agbaji, two picks swaps and three unprotected first round picks. The pick swaps are for 2026 and 2028. Meanwhile, the first round draft picks are for 2025, 2027 and 2029. That is obviously quite the package being sent to Utah.

Of course, after any big trade, everyone wants to know how well their team fared. That’s what we are here for, to break down the trade to its finest points and grade it.

When Danny Ainge left the Boston Celtics to become an executive for the Utah Jazz, it was a bit of a shock. People within the Jazz franchise were likely thrilled and thought he might be able to help them. But I don’t think even they could have envisioned Utah having 13 first round picks in the next handful of years. Yet, here we are.

The Rudy Gobert deal to Minnesota landed them five first rounders. They got three more with the Mitchell trade, along with two pick swaps and three quality players. The question remains though, was that enough? How well did Utah really do in this deal? I’m here to tell you that even though it appears like they hit another home run, it’s more like a ground-rule double. I know, I know, a baseball metaphor in a basketball article. But it fits, so I’m rolling with it.

First, I want to examine the draft picks the Jazz acquired in the trade for Mitchell.

Pick swaps are a nice thing to have. They are quite simple. For the given years, if a team with the pick swap wants to draft higher and that other team has a higher pick, they simply, swap picks. But in this scenario, what is the likelihood that Cleveland has a better pick than Utah in 2026 or even 2028?

Donovan Mitchell is entering his prime. He’s just 25 years old. Incredibly, he will be the oldest starter on the Cavs next year. Darius Garland is 22. Evan Mobley is only 21. Jarrett Allen is 24. That’s an incredibly talented starting unit. But they aren’t just young and talented. They are all signed through at least the 2025-2026 season.

The Jazz are in complete rebuild mode. It stands to reason they will be near the bottom of the Western Conference the next few seasons. Knowing that, there is a very good chance that one, if not both pick swaps are rendered useless. That obviously hurts the package for Donovan Mitchell.

The three first round picks are subject to the same issue. The Cavs are so young, they might be good for a long time. That is dependent on if they can keep that core four together. But even without Mitchell, they finished eighth in the deep Eastern Conference last season. The picks might very not even be lottery picks. The NBA Draft is not the NFL Draft.

Ok, here I go again equating different sports but once again it fits. Unlike the NFL, the vast majority of elite players in the NBA were drafted top-10 if not top-5. There is virtually no chance that at least two of those picks will garner that type of value.

The saving grace of the Mitchell trade might actually be in the players they got in return.

Collin Sexton is coming off an unfortunate injury. He tore his meniscus in his left knee after playing just 11 games last season. He became dispensable once Garland balled out. But that doesn’t mean that the new Jazz point guard can’t ball himself. During his first three years in the NBA, he averaged 16, 20 and 24 points per game respectively prior to the injury. He is also an efficient scorer shooting north of 47 percent each season. The Jazz locked him up with a sign-and-trade for four-years, worth $72 million. So, Sexton isn’t going anywhere and could very well shine again in Utah.

Lauri Markkanen is not going to light the NBA on fire. After a breakout sophomore year in 2018, it looked like he could become a perennial All-Star in the future. Instead, Markkanen has settled in as a nice rotational player. That’s not a bad get for the Jazz.

Finally, the Jazz got some upside with Ochai Agbaji. The Cavs drafted him 14th overall in the 2022 NBA Draft. I mentioned above that generally only elite players come in the top-5, but Agbaji has the potential to be a great player. He has an NBA-ready body, is a very good shooter and is a great leader. Agbaji helped Kansas to a National Championship last season and was among the finalists for the Player of the Year.

So, although the players the Jazz landed in the Mitchell trade have some upside, the picks are not nearly as valuable as they look on paper. It’s because of that I am not as high on this deal for Utah as most are. The Cavs got better right now and might not have suffered much in the future, therefore, winning the trade.